This project has been completed under the direction of Peace Corps Volunteer Evan Anderson.

The project was to install a concrete pile in each of the 12 households.

The project resulted in the construction of 10 pilas (raised concrete structures that hold water and an area to wash clothes/dishes). The project was a complete success in that it affected many of the women and children in a very positive way. 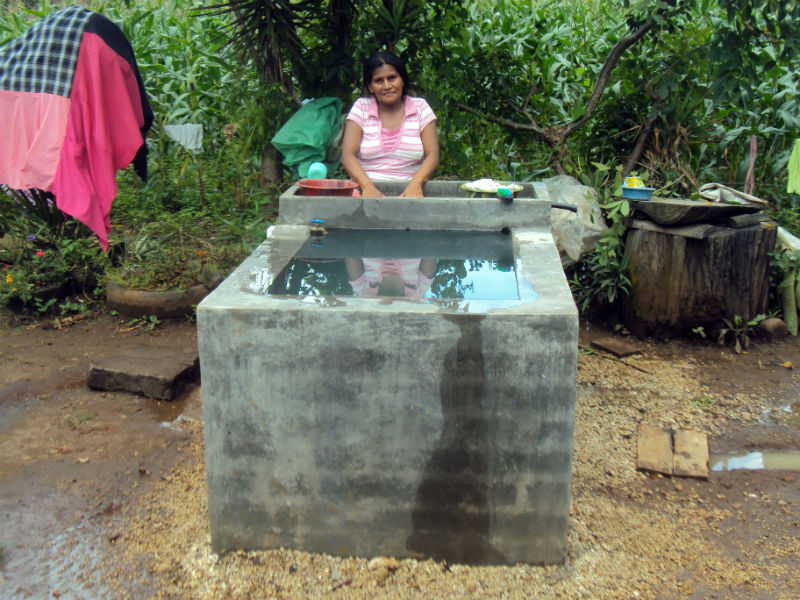 The project definitely fulfilled the wellbeing of the women and children involved in the project. One of the main problems that the women had was they did not have any sort of water container to store water to wash dishes and clothes (this is one of the daily task of the majority of women in my site) and they would have to walk to far off natural water sources while hauling clothes and dishes and just the walk was very time consuming. Having a pila completely eliminated this because everyone that received one connected to the potable water system and they now do not have walk to the water sources because now it is right in their home.

This project also benefited many of the young children in my community, especially young teenage girls. Before having a pila, many of them would constantly be late for school (sometimes would not even go) because of the household chores in the morning. This involved doing laundry and washing dishes, which as I mentioned before they would have to walk long distances to do. Having a pila now saves them plenty of time to do chores and to ready themselves for school.

This has affected the health of household members as well. Before, if households even had water storage containers, they would be old, dirty and vectors for diseases (mainly carried by mosquitoes). The pilas provided them with a safe, clean container that they can store water in. This has allowed all of the water to remain in one place. With small presentations given to the women by the community leader about water contamination, and how to control water borne diseases (such as dengue, a common disease here carried by mosquitoes), the health of the community has been improved.

We wish to thank Evan for completing this project, and again extend our gratitude to The Soneva SLOW LIFE Trust for providing the funding.