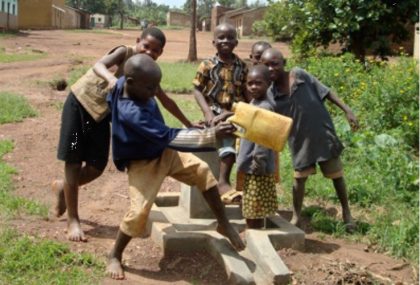 This project has been completed under the direction of Peace Corps Volunteer Jennifer Causton. To read about the beginning of the project, CLICK HERE.

The project was to provide a centrally located water tap in the village of Cyenkwanzi in the Eastern Province of Rwanda.

Jennifer reports on the outcome:

As planned, the water tap was completed by building an extension of the pipe system from a private home, where the only water tap in the village used to be, to the center of town.

Community members provided the owner with a small compensation for access to his pipe system and provided all the necessary labor through ‘umuganda’ which is the national community work day. Access to water is now available, free of charge, to all surrounding villagers. 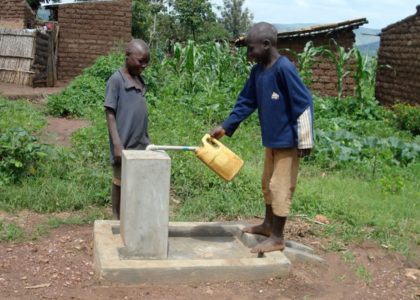 Jennifer tells us about the difficulties in carrying out the project:

Although the outcome was successful, the project encountered numerous unexpected challenges along the way. The first challenge was illness: Both the community engineer directing the construction and I fell ill, which put the project behind by almost a month.

Second, although meetings had been held at the village and sector levels with community members and the private owner of the water tap to determine the amount of compensation he would receive, after construction started, he asked for more money. This issue was settled at a community meeting.

The final issue the project encountered was the issue of having the water ‘switched’ on by the sector which took a few weeks to organize.

In the end, however, the project aim was achieved and the villagers and community leaders, at both the village and sector levels, have expressed their approval with the results.

We wish to thank Jennifer for carrying out this terrific project, and again wish to express our gratitude to The Soneva SLOW LIFE Trust for providing the funds for the project.