This project has been completed under the direction of Peace Corps Volunteer Royce Haughton.

The project was to install a bio digestor as a model project.

We have finished the project, although the work was delayed due to a strike. The biodigestor is now completed, and it will take roughly 3 months to fully produce biofuel and biogas.

The amount of visible manure has significantly been decreased. Manure is now being collected to be placed in to the biodigestor. This serves to keep the manure out of the water system.

It has been a slight struggle to get the bladder of the biodigestor to begin to inflate with gas but it appears that it is now beginning to produce gas as intended.

The educational aspects of the project have been carried out as well, and work will be done to help in the replication of the technology, according to the original plan.

We are grateful to Royce for completing this demonstration project, and again extend our thanks to the Elmo Foundation for providing the funding. 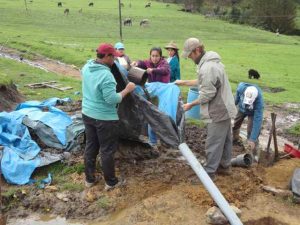 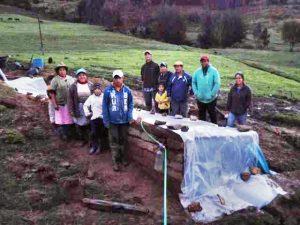