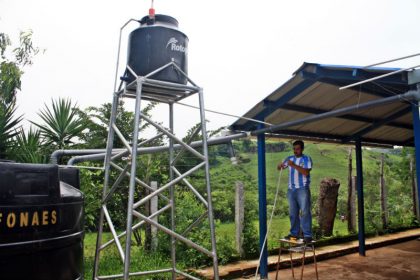 This project has been completed under the direction of Peace Corps Volunteer Dylan Chase. To read about the beginning of the project, CLICK HERE.

The project was to build a functional clean water system to serve the needs of the school and community.

It is with much pride and appreciation that I inform you all that the installation of the clean water system in the Centro Escolar of Palo Verde, El Salvador is complete! It took slightly longer than expected due to inclement weather (the rainy season began) but the end product exceeded expectations and has been a huge success.

A water tower was constructed, a pump was installed, foundations were reinforced, piping was set, and in the end Palo Verde has its first source of clean water!

Used daily as a source for both hand-washing and drinking, the system has provided students and teachers alike with the ability to access water whenever they need. The school teacher became so excited by the project that he took it upon himself to add a “shower” to the system.

All involved wish to express their sincere gratitude to Water Charity for providing the funds to realize a dream. School Director Norma Guadalupe summed up the feelings of many: “In isolated areas like ours it is very difficult to complete projects such as this. To have a source of clean drinkable water in our school is incredible! “

So from the bottom of my heart, from all the students and teachers at Centro Escolar Palo Verde, and from all community members, THANK YOU.

We extend our thanks to Dylan, and again wish to thank The Soneva SLOW LIFE Trust for providing the funding for this project. 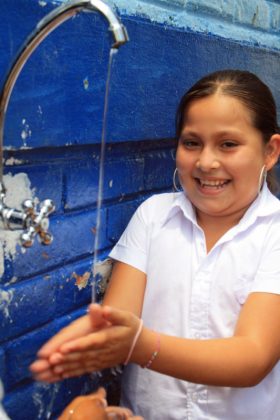 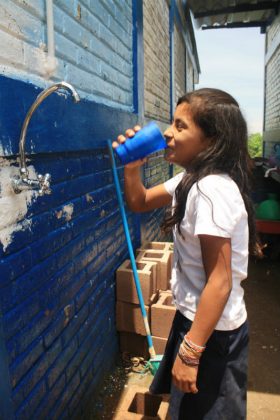 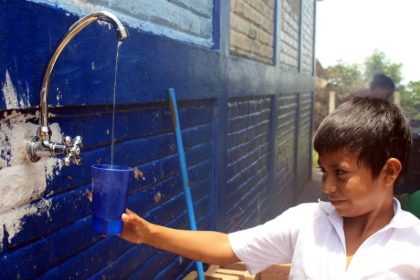 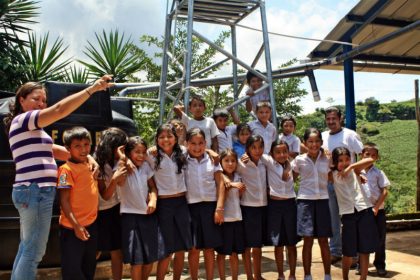