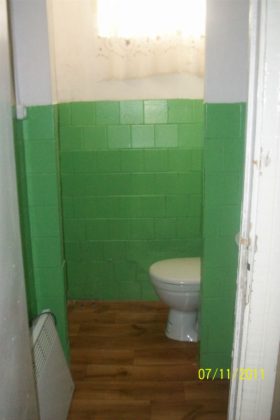 This project has been completed under the direction of Peace Corps Volunteer Laura Lloyd-Braff. To read about the beginning of the project, CLICK HERE.

The project was to provide running water to the center, and install sinks and toilets in two bathrooms.

Unfortunately, there was an early and unexpected snowfall in northwestern Ukraine, which froze the ground, rendering the continuation of the installation process impossible for the rest of the winter season.

Construction resumed in April of 2011, with the result of a functioning toilet and sink by May of 2011.

The community had written a letter to the Town Council in September, 2010, requesting a donation to remodel the bathroom. Although the Council had promised the funds to be obligated that fall, the project team did not receive the funds until about a year later, when a second letter was written.

By November 2011, the Bila Krynytsya Cultural Building had an additional newly remodeled bathroom with one toilet and two sinks for the community members.

We wish to thank Laura for completing this project, and again extend our gratitude to The Soneva SLOW LIFE Trust for providing the funding. 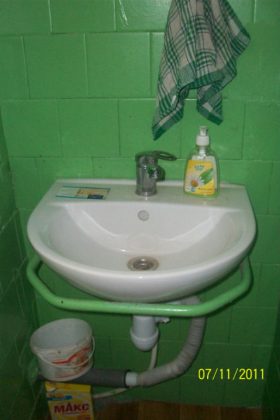 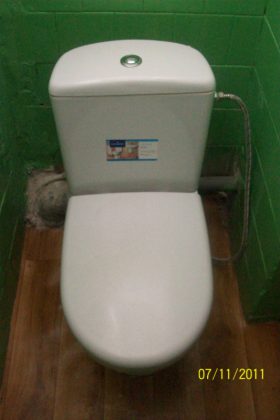 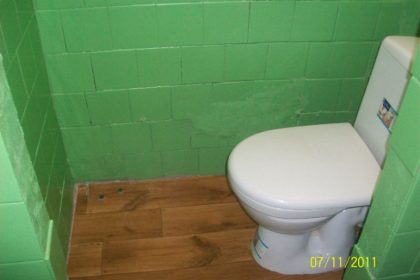 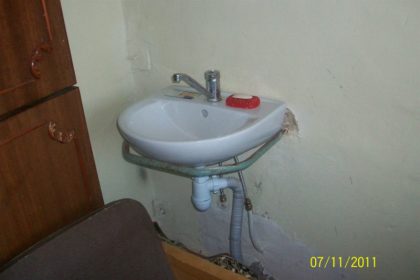