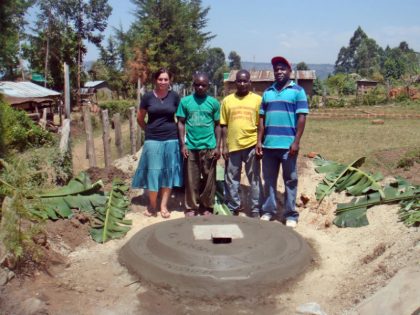 This project has been completed under the direction of Peace Corps Volunteer Kaylan Buendia. To read about the beginning of the project, CLICK HERE.

The project was to dig a 40-foot borehole and build a handwashing station at the nursery school.

On January 31st, my supervisor and Angaza Project Coordinator Elly Chepkwony picked up the funds in Kapsabet. That same day, while in Kapsabet, we purchased the tap for the handwashing station and the padlock for the well.

Upon returning to Tindinyo, we met with the diggers for the borehole and arranged a payment contract with them. They started construction that same day. Angaza members Mama Hadah and Mama Martha both cooked and organized the meals for the workers digging the well.

Originally we thought we would hit the water at 40 feet, but we didn’t end up hitting water until we reached 46 feet. This is due to the fact that we were digging during the dry season. However, this factor is good because it means that even during the dry season we will have water. Had we been digging in the rainy season we would have hit water much sooner but would have run the risk of it drying up when the rains stop. Currently, it is the deepest borehole in the area.

While Angaza was the initiating group of the project, the community members really took ownership of the borehole also. Upon learning that it was not just for school use, but also for the public, neighboring community members would come by to check on construction, offering their help and advice on how to ensure the security of the well in the future and keeping the water and surrounding areas clean.

Through bargaining, we were able to afford a much larger storage tank than originally anticipated of 500 L. The tank was purchased on February 8th and kept safe at a member’s home until installation on the 9th. On February 9th, the well construction was completed.

Laminated posters on proper hand-washing were hung in both classrooms and near the handwashing station by nursery school teacher Martha Shigali, and the tank was situated within a platform structure constructed from materials provided by the Angaza group. This structure will ensure the security of the tank and discourage theft. The tank was placed between the latrines and the classrooms, just under the classroom roof. This was decided by the Angaza Nursery School teachers so that in the future they can save some money and arrange a water catchment system from the classroom roof to the tank.

On Monday, February 15, the neighboring community members were invited, as well as Angaza members, to the school compound for an official opening of the well. They were surprised and grateful to know that they now not only have access to clean water but that it is free. Normally in this area when private compounds construct wells, there is a fee for fetching water from them. They were informed that there will be an Angaza member on the compound every day from 4 pm to 6 pm to unlock the well for public use. This time frame ensures that the well stays secure throughout the night and that during the day when the kids are present, they will not be distracted by people coming into the compound for water.

Kaylan relates quotes from the community:

“We are so grateful to have water at the school. There is nothing more important to have at a nursery school than clean water.” –Evans Shigali, Angaza member and Early Childhood Development teacher

“This is something that will last for many, many years. The number of people who will be impacted from this cannot be counted.” –Elly Chepkwony, Angaza Project Coordinator 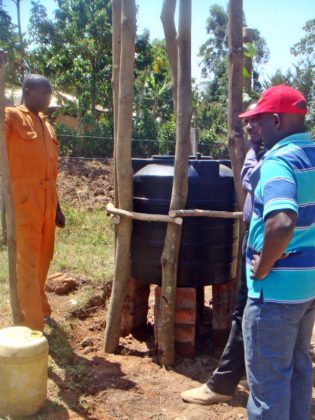 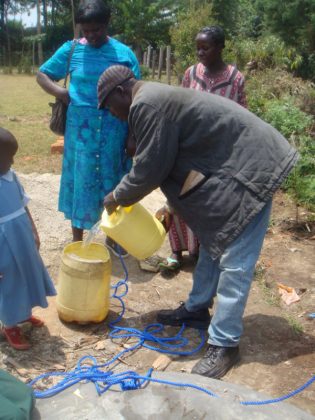 We again wish to thank The Soneva SLOW LIFE Trust, together with Kaylan’s friends and family, for providing the funding for this project.