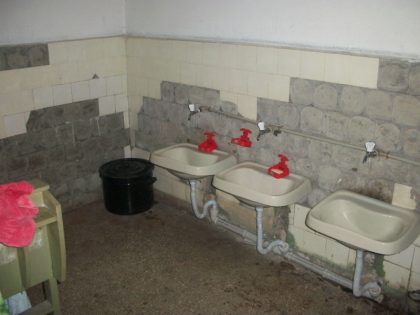 This project has been completed under the direction of Peace Corps Volunteer Kimberly Tramel. To read about the beginning of the project, CLICK HERE.

The project was to make water accessible throughout the kindergarten facility.

Thank You Water Charity! Our water project has been completed. Our goal was to make water accessible throughout the kindergarten facility.

There were tanks in the groups on the 2nd floor, but since pipes were damaged the staff couldn’t use them to save the water. The tanks are necessary because water is only runs about 4 hours each day. Because all faulty pipes in the kindergarten were changed, the 2nd floor now receives water every day and it can be saved in the tanks.

The tank in the kitchen and several toilets were also fixed.

The kindergarten director said “It is the first time in a long period that the kindergarten will have water in all 4 groups” and she expressed her thanks.

The government will now start looking into other issues that can affect the water situation in the kindergartens. Also, after project implementation, members of the youth leadership club from local schools presented the principles of hand awareness. The youth had a short PowerPoint presentation and showed a hand washing cartoon which was dubbed by them into the Georgian language.

We are very excited that only three weeks after receiving funding, the project was carried out successfully. Now, the entire kindergarten has access to water which will allow the children to eat, play, sleep and learn in a cleaner and healthier environment.

Thanks again to Appropriate Projects – Water Charity, Mari, my family and friends, and the Akhaltsikhe youth volunteers who made this project come together as a unified initiative.

We, in turn, are grateful to Kimberly for completing this project, and again wish to thank her friends and family for providing the funding. 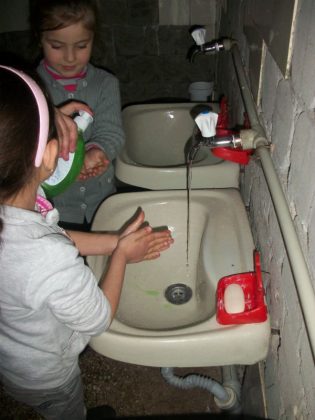 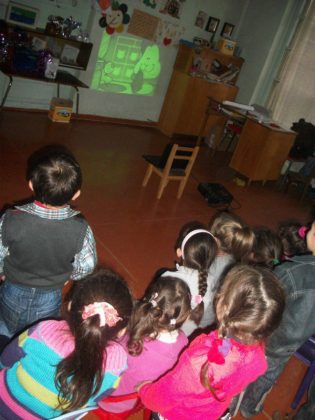