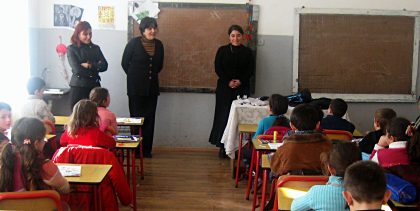 This project has been completed under the direction of Peace Corps Volunteer Paula Schmid. To read about the beginning of the project, CLICK HERE.

The project was to bring water to the school and to create 4 water stations.

The Akhalsopeli #2 Public School water project is now completed. The Director handled the planning and funds over the break and we now have a sink in the following places: the 1st grade classroom (future lunch counter), outside near the toilets, and in the chemistry cabinet.

Instead of the teachers’ room, they installed a spigot in the backyard near the FFG (Future Farmers of Georgia) garden. The director decided that putting a sink in the teacher’s room, which would be used primarily for making coffee, was not worth the work, and since Georgian construction typically is not kind to existing structures, would have caused unsightly damage.

The spigot in the backyard will make not only gardening easier but also classroom cleaning. The chemistry cabinet, on the second floor, had existing piping from Soviet times which they repaired.

200 lari was used for workers’ compensation; 250 lari was allotted to them, and 50 lari from that was paid in taxes. (Georgia has a flat income tax rate of 20%.)

Gela Talashvili, a craftsman from the village, brought his own workers to complete the project.

The new school doctor made a brief appearance in the first grade classroom to give a small presentation on hand-washing and hygiene. I also hope to work with the art teachers to hold a hand-washing/hygiene poster design contest.

The teachers and director wish to thank the generous donors as well as your organization for making this possible, as do I. Didi madloba!

We in turn wish to thank Paula for carrying out this great project, and The Soneva SLOW LIFE Trust for providing the funding. 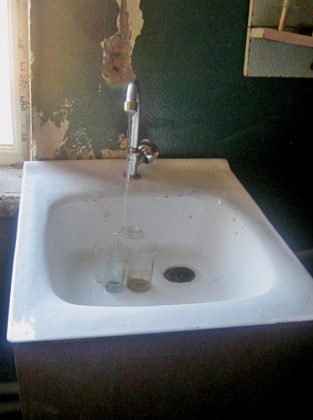 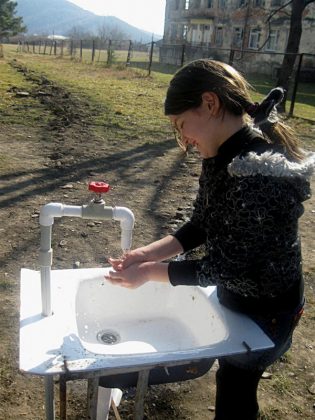