This project has been completed under the direction of Peace Corps Volunteer Shelby Fallon.

The project was to bring potable water to the school and the community by building a covered spring box and running piping to the school.

As of November 27, 2011, the water project that was initially proposed for the community of Aguas Frias in Joateca, Morazán, El Salvador, was completed.

The process of building the spring box itself took about 3 weeks due to varying efforts of the community members. Some days 5 people came to work and some days nobody came.

Digging for and enclosing the tubing from the spring box to the school was relatively easy and was done in one day with the help of 6 community members.

The base for the tank was initially going to be tall. However, because of the lowered level of the spring box and the water pressure, the base of the tank was made to be in line with the sink at the school into which the water from the tank was to empty.

An opening with a hose was also added about halfway from the spring box to the school because this is where the community’s soccer field is located and it was thought it would be very beneficial to the players to have access to this water. Unfortunately, a day after this was in place someone broke it and this water access was closed.

As the school is now on vacation the community has time to thoroughly clean the tank as well as the spring box. Access for cleaning is available through an opening on the top of the spring box. A cover with a lock will be placed on this hole.

Thank you very much for your collaboration! Thanks to Appropriate Projects the school at Aguas Frias now has running water!

We wish to thank Shelby for completing this project, and again extend our gratitude to The Soneva SLOW LIFE Trust and Shelby’s friends and family for providing the funding. 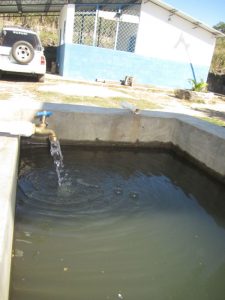 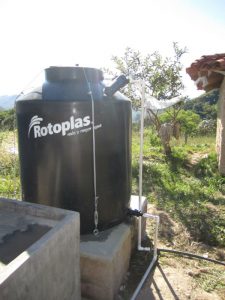 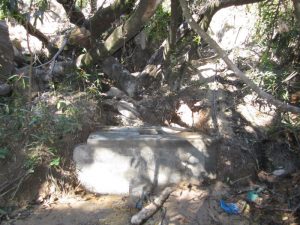 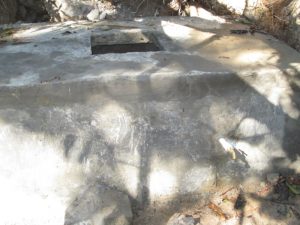