This project has been completed under the direction of Peace Corps Volunteers Marcie Todd, Garrison Harward, and Kyle Deboy. To read about the beginning of the project, CLICK HERE. 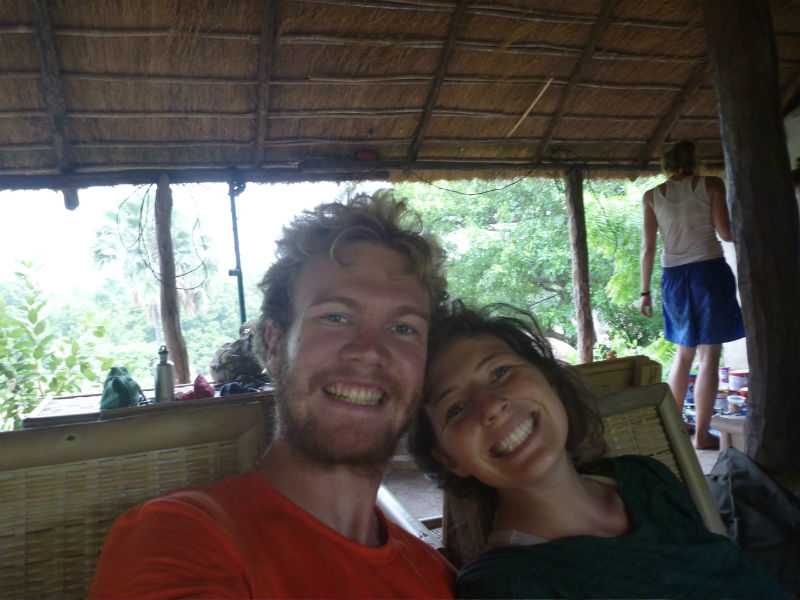 This pump was our second install for the day, and from the moment we began, the clouds started building and we heard thunder in the distance. This was our only day to get the install done however, so we kicked it into overdrive and went for it.

When we arrived the pump was cemented onto the well just as Bubacar had promised it would be, but the cement was still wet so we had to be a little more gentle than usual. Bubacar was with us for the first install of the day at the campament so he was quick to help as we prepared.

He made a fire so we could melt the ends of the rope and expand the PVC pipe and sent one of his kids to bring back some things we forgot from the previous site. In Senegal age has a lot of importance which is great for the elders, but unfortunately leaves a lot of little tasks to the kids. Luckily they were happy to help as this was all very exciting and new for them.

Once we had all our materials, we threaded the rope and glued the pipe and then sat down for a little break while we waited for the glue to dry. We took this opportunity to make sure that Bubacar understood the system and how to trouble shoot any problems he might have. We also taught the Kedougou volunteer who wants to work with pumps how to tie our knot so he could remind the local producer how to do it in case he forgets.

Just as we were about to put everything down the well though, the clouds opened up and the first raindrops started falling. We quickly put away our tools and raced back to the campament to wait out the storm. It wasn’t too bad and really afforded us a nice break since we’d been working for quite a while at this point.

At about noon the rain stopped and we decided to get back to work. We arrived just as Bubacar was pulling out all of our tools and setting things up again. Apparently he had the same idea.

We quickly dropped the pipe down the well and connected the rope, and within 15 min this second pump was bringing up water. We couldn’t get it up to full speed because of the wet cement, but everyone was still thrilled and soon it was the typical scene of kids playing under the spout and lots of handshakes and thank you’s from the whole family. We said our goodbyes and made it home in time for lunch just as we had hoped.

This left the afternoon open for a little sightseeing. We hiked up to a waterfall about 3 miles outside Segou where we saw baboons, had a few minor injuries on the trail, and ended the day swimming in the falls. It was the perfect ending to a perfect double pump day!

Total Number of People Benefiting: 15 people living in the family compound along with several other families who live nearby.

Funder: This project has been fully funded through the generosity of Susan Smith, of Rockville, MD. 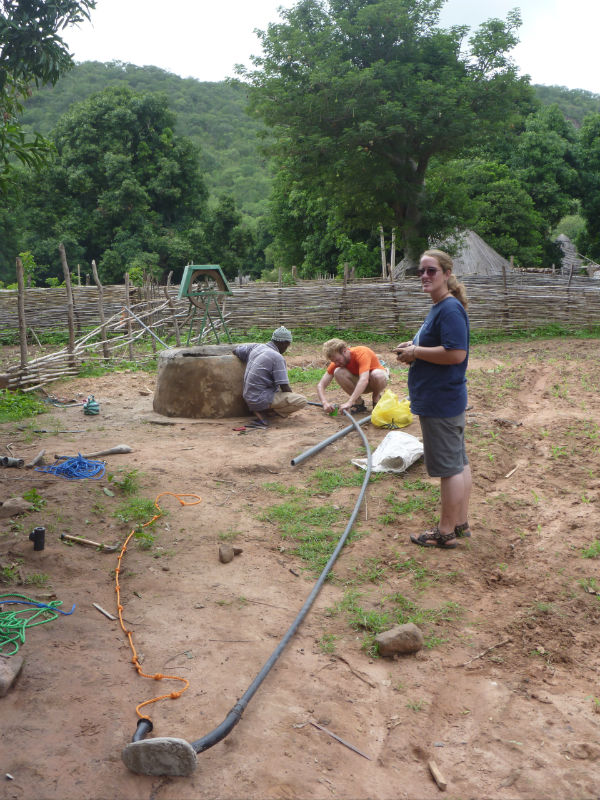 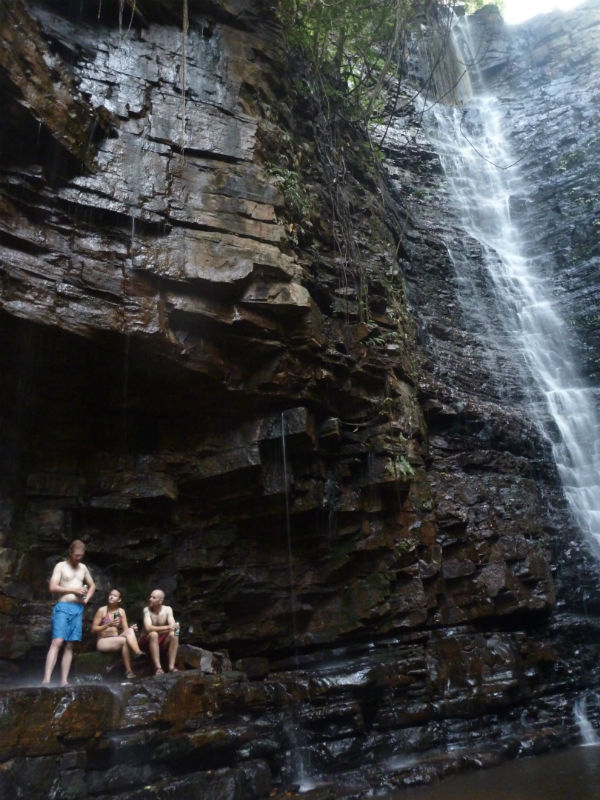