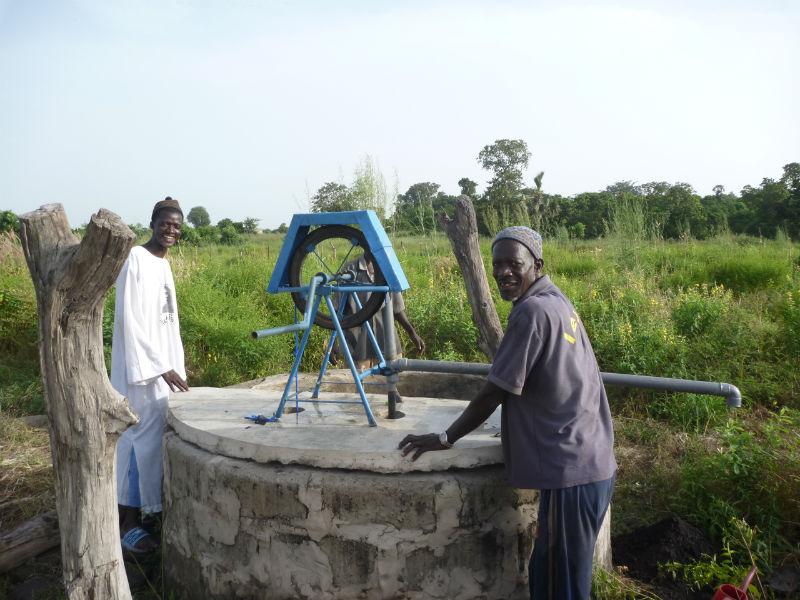 This pump has been a long time in the making. We initially did the village meetings before the rainy season, prepped the well cap during the rainy season, and finished the install after, and now finally we’re writing everything up. There really are a lot of steps that go into installing a pump.

This pump was a part of our 5 pump tour so luckily both of us got to be here for the install. Amy Watts, the volunteer in Daro, helped Garrison do the prep work on the well cap and Marcie came out for the Install. As is the norm in Senegal though, things didn’t go exactly according to plan.

The day that we decided to cast the well cap turned out to be the same day as the last rain of the rainy season. It was quite a torrent. At first we thought maybe we could just ride it out under a tree, but the rain just kept getting heavier and heavier. We decided to make a run for it and just in time.

As soon as we got back to Amy’s hut the lighting started striking much too close for comfort. Half an hour of hunkering down though and the storm had passed and we were ready to finish the cap.

When Marcie arrived we had our second big hang up. The village wasn’t able to find the right PVC pipe so we had to spend all morning searching in Toubacouta and in the end splicing together several pipes to get the full length. We didn’t even start the install until after lunch and needless to say it was hot. Morning really is a much more preferable time to work here. 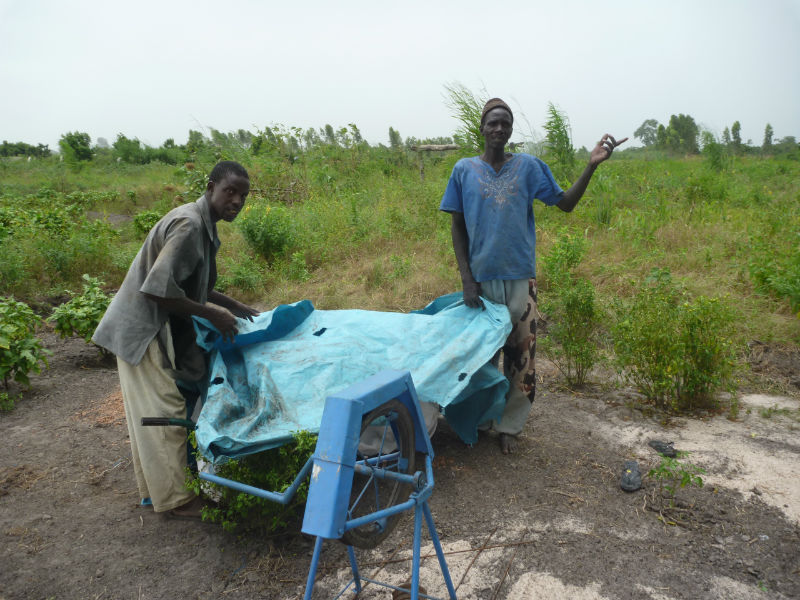 In the end though we went through the routine, hooked everything up and exchanged high fives and hugs when the water started flowing. The problems were minor compared with the benefits. The village was thrilled and is talking about the possibility of expanding their garden and investing in a basin system. We’ll keep you updated as things progress.