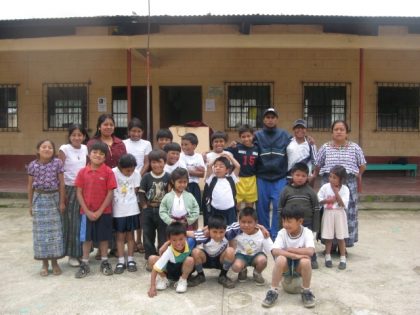 The climate is cold. The 85 people living in the community are indigenous, and speak K’iche’ and Spanish. 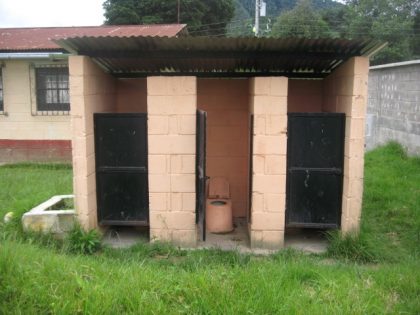 This community has been affected by the war conflict during the 1980s, at which time there were many deaths and migration to other areas.

16 years ago, the community reincorporated. The Official Co-Ed Rural School of the Hamlet Chuipoj, which had been closed from 1980 to 1994, was reopened.

The current latrines at the school are positioned such that there can be contamination of the food prepared by mothers for the school snack. Unsanitary conditions cause respiratory and diarrhea infections in the children. 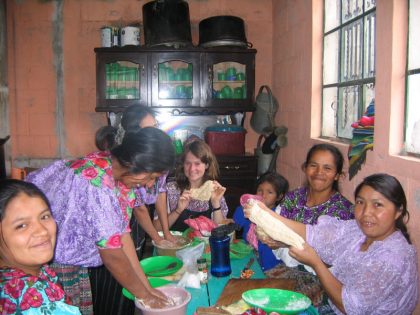 The community and the school have been trying to raise funds to alleviate the unhealthful condition of the latrines for over 2 years.

Project Description
This project is to build 3 flushable toilets and a septic tank for the school.

The project will utilize the structure of the existing latrines, resulting in large cost savings.

The improvements and the accompanying health education program will qualify the school for recognition under the U.S. Peace Corps Healthy Schools program.

Project funds will be used to purchase materials.

Contributions have been obtained from the municipality, community, local organizations, teachers, and students.

Project Impact
This project will benefit 85 people, consisting of the 35 students and the remainder of the community with access to the facility.

Comments
This is a basic project that will provide much-needed facilities for the use of the school. The improved sanitation will yield a health benefit, and serve as a focal point for hygiene training.

This project became infeasible and was not implemented. Resources were re-allocated to other projects in Guatemala.