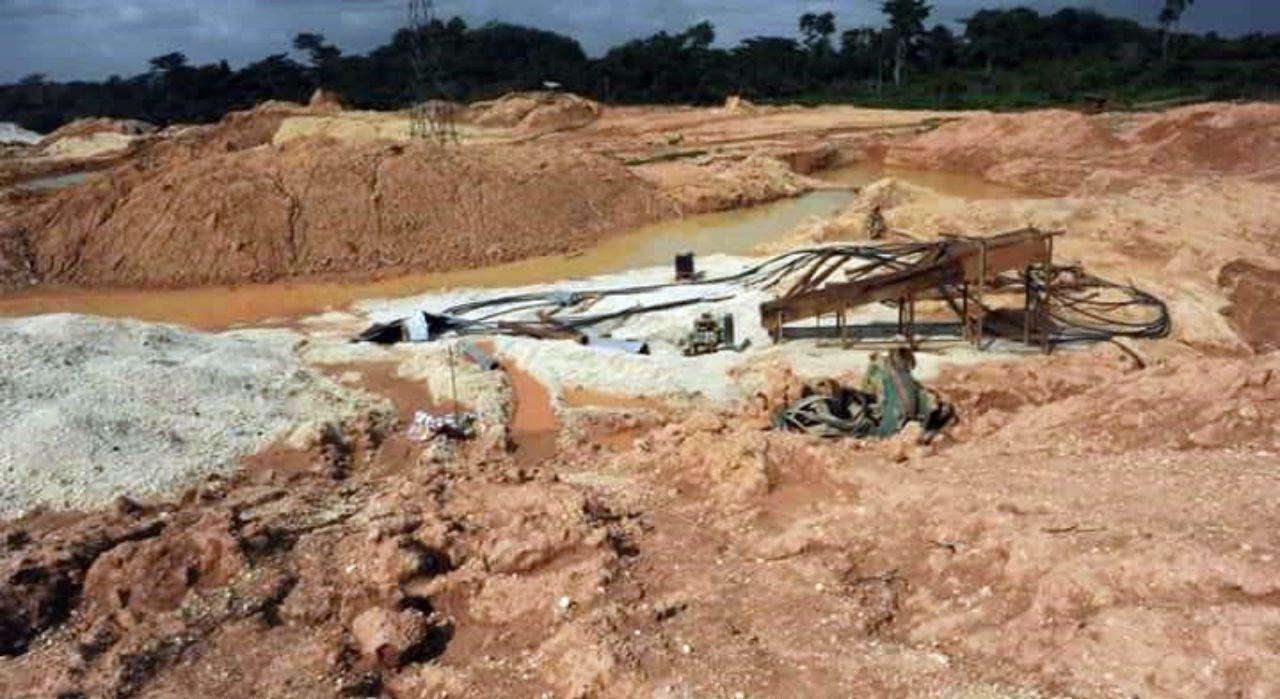 Community Description
Kwabeng / Nsutam is a town in south Ghana and is the capital of Atiwa District, in the Eastern Region of Ghana. Atiwa district was carved out of what is now the East Akim Municipal District. It is about a 1 ½ hour drive from Accra, the capital city of Ghana.

With a population of 7,200, the main occupations are farming and trading. The crops grown are maize, plantain, cocoa, cassava, cocoyam, banana and yams. Families usually grow enough to feed themselves and surplus is sold at the nearby market. Cocoa marketing is controlled by the government.

Almost everyone is engaged in traditional farming. Because of the previous illegal mining that went on in the area many people from other regions and outside Ghana such as Togo, Nigeria, Benin, Mali, are the major occupants of the community.

Some of the languages spoken by the people are Akuapim twi, Asante twi, Ewe, haussa, Larteh and a small number speak Ga adangbe. The people eat dishes such as Banku with okro stew or hot pepper sauce, fufu with soup, rice and stew and yam or plantain ampese (boiled) with stew.

The community has one of the lowest levels of education and highest dropout rates in the country. This is due to the illegal mining activities that took place previously. School children are mostly out of class to work at mine sites in order to make money to feed their families.

There are five basic schools and one senior high school in the community. However, most of the pupils in the high school are from outside the community, staying as boarders, placed in the school by the Ghana education service through a computerized school selection system.

Problem Addressed
One phenomenon that has received a lot of attention and discussion in Ghana is illegal small-scale mining, popularly referred to as ‘galamsey’. It has had immediate and long-term effects on the environment, agriculture, habitat and livelihoods as a whole.

Though ‘galamsey’ affects many facets of life, two areas in which its impact is being felt most is the pollution of rivers and water bodies and land degradation. The extent to which rivers have been polluted and land degraded exerts significant pressure on individuals who live near and depend on river bodies as source of drinking water and livelihood.

There were reports in 2015 that showed that ‘galamsey’ operations in the East Akyem District were polluting the Birim, Densu and Ayensu rivers which served as sources of water for communities in those catchment areas. In spite of the negative effects of illegal mining on rivers and other water bodies, many communities in the rural areas, due to lack of alternative sources of water, tend to use the same polluted rivers without any fear. They drink, cook, bathe and perform all tasks with the polluted water, despite of the risk of contracting diseases, such as cholera, dysentery, and fever.

Mining in the community has led to the destruction of the forests. The land is in a highly degraded state, reducing the protection of the waterways, preventing the purification of the water and air by trees, and causing depletion of soil nutrients. 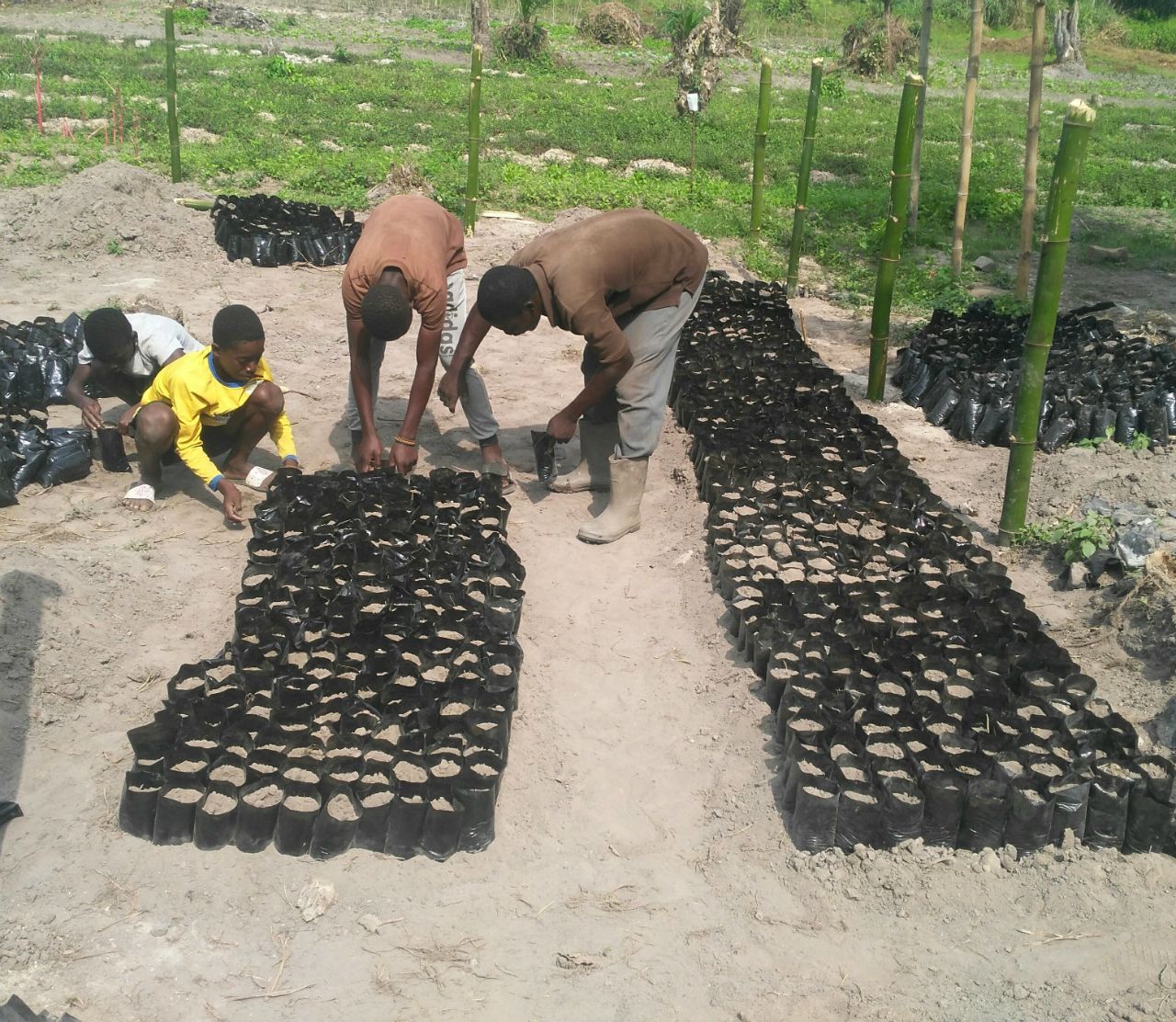 Project Description
This project is to raise, plant, and maintain 100,000 trees.

The species were chosen for their soil enrichment and water conservation characteristics. Seedlings will be raised at the Call To Nature Permaculture site at Kunkunuru. The trees will then be distributed and planted in two areas of the eastern region of Ghana, Kwabeng / Nsutam.

This initiative will reclaim a total area of 50 acres of illegal mined / degraded land.

Under this methodology, within about one year, the land will be enriched and recharged with water content to its normal capacity for use by the native farmers.

The trees will provide numerous benefits such as:

° Ground water recharge
° Erosion control
° Provision of habitat for aquatic bodies
° Prevention of water and air pollution
° Increase energy conservation
° Filtering the soil from toxic chemicals used on the land
° Food and medicinal benefits
* An educational resource for students and the local people.

The trees are to be planted in alleys, inter-cropping cedrela and pigeon peas at 10 feet intervals to allow a heavy canopy formation in a short period.

The pigeon peas will then be cut drop within the first six months after transplanting in order to fasten the soil nutrient build up.

The project will be done as a partnership involving schools, churches and the general public, coming together out of mutual self-interest to achieve a successful future outcome in the region.

The project will involve:

– Nursery establishment
– poly potting and seeding
– watering / nursery maintenance
– Leveling and filling of pith at mined site
– Transporting and distribution to main site
– Making holes, compost application and planting
– One year monitoring and maintenance by CTNP team and the community
– And then after one year the project handed over to the community

Water Charity funds will be spent on the following materials and services:

– Purchasing of the poly bags
– Transportation
– Seeds
– Nursery set up
– Maintenance and operational cost by CTNP team for 1 year
– Feeding for participants during planting.

Project Impact
7,200 people will benefit directly from the project.

Project Administration
The project will be administered by Solomon Amuzu, Founder and Director of Call to Nature Permaculture. This is the third tree planting project in the series.

Monitoring and Maintenance
The Call To Nature Permaculture team will monitor and maintain the project for one year after transplanting, and then hand it over to the community.

CTNP will provide technical training for some community members who are leaders and responsible to ensure the sustainability of the project.

CTNP will continue to do a monthly follow-up on the project to ensure success.

Communal labor will be organized as needed upon request by the CTNP team and the community leaders to ensure that the project is well taken care of, including replacement, weeding and pruning.