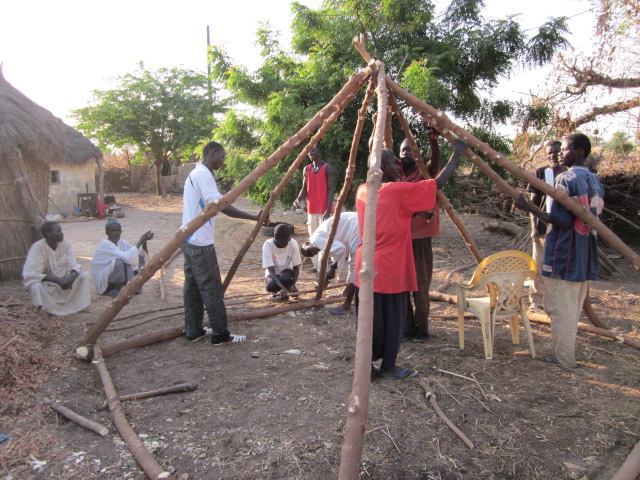 Boustane Diaw is a small rural village in the Gossas area, within the community of Patar Lia, in the arrondissement of Ouadiour, region of Fatick, Senegal. It is part of a three-village cluster and has a population of about 200 people. They live in 12 separate compounds, mainly consisting of children and teens between the ages of 5-16.

The village is led by a marabout and a village chief. The compounds are centralized and within walking distance from one another. Boustane Diaw also has a fairly operational health hut, but with only one working individual, the ASC.

Boustane Diaw has recently equipped itself with electricity, mainly with light posts and only few selected compounds actually have running electricity to use.

Water in Boustane Diaw is provided by one functioning robine and one well that is about 60 meters deep.

Boustane Diaw is about 2 km away from the nearest paved road. The people are subsistence farmers, growing primarily millet, peanuts, and hibiscus. They have a school consisting of two actual classrooms and one temporary structure. However, a new classroom building has just been built across from said structure and is due to be finished very shortly.

There are only three latrines in Boustane Diaw. Therefore the majority of villagers, especially the children, will walk into the bush to defecate. Often though, the children will not even bother with going to the bush, and defecate directly behind their compounds. This contributes to the oral-fecal cycle, and lowers the overall health of the village. 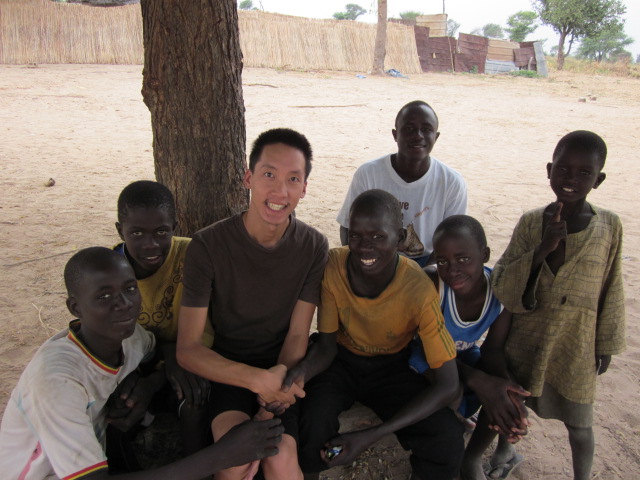 This project is to build 8 simple pit latrines in the village.

For added protection, support, and stability, each pit will be lined in its interior by cement bricks which will be made by the masons.

Each latrine will be 1.5 meters by 1.5 meters (to allow room for the bricks) and at least 2 meters deep. Then the hole itself will be covered by a cement slab, approximately 1 meter in length and width.

The design of these latrines is such that when one pit fills, the cement platform can simply be lifted and moved on top of a newly dug pit. One cement platform should be able to last more than 20 years, and the hole itself should last for at least 3 years.

Project funds will be used to purchase the supplies necessary for construction: cement bags, irons, and a pipe for ventilation.

The villagers will provide the labor of digging their holes, building the platform, making the bricks as well as providing sand and rocks to mix with the cement, and transport of materials as necessary.

Project Impact
The entire village population of about 200 people will benefit from the project.

Comments
The lack of latrines has led to people urinating and defecating around the village. Through this project, the sanitary conditions of the village will be much improved, thus reducing malaria and diarrheal diseases.

We encourage others to continue to donate using the Donate button below, and we will notify Albert of your donation. Additional funds will be used to fund the next project by the PCV and/or other projects in the country of service.