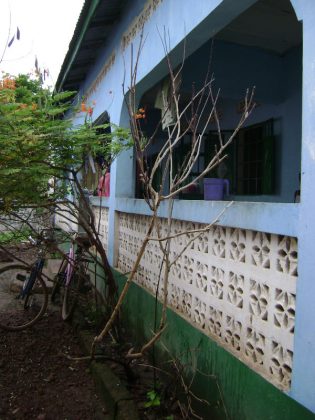 Community Description
Basse Santa Su is located in the Upper River Region of the Gambia, which is the furthest region from the capital city of Bangul. Although Basse is a regional capital, it has taken many years for the inhabitants to see the development of their city. However, within the last 10 or 15 years, the residents have seen the construction of hospitals, schools, and markets, and various NGOs have posted their offices in Basse.

The city of Basse has over 15,000 people and the residents are mostly from the Fula tribe. Farming is the primary source of income, but there are also a good number of educated people who work for government offices and various NGOs.

Basse is also home of the regional governor’s office and its roads are used by Senegalese and Guinean truckers to transport goods throughout West Africa. 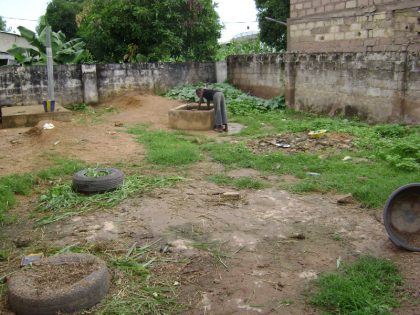 About five years ago the Basse Health Center opened a facility where anyone can be tested for HIV/AIDS virus free of charge. They also provide voluntary counseling for those being tested and provide at-home care for those who are living with the virus. They have recently started a support society for people who are HIV-positive in which they educate them about nutrition, medication and stigmas.

Three years ago, the hospital, in association with a local NGO, built a support center where patients can come and stay when they are receiving treatment at the health center. The house has been completed but the group members and staff are in need of proper latrines.

Presently, two poorly dug holes in the back of the house are relied upon for sanitation. However, they are not reinforced or supported, and the holes began to cave in during a heavy rainfall that occurred 2 months ago. 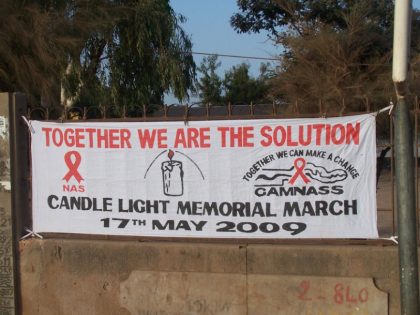 Project Description
This project is to build a latrine at the support center. The structure will contain two stalls, plus showering facilities. Construction will be of concrete.

Project funds will be used to pay the diggers and purchase cement, corrugate, sand, and gravel.

The structure will be built by male members of the support who will be donating their labor.

The project will be carried out under the direction of the staff of the Kebajara Support Society.

Project Impact
This project will benefit over 400 people.

Comments
A well-constructed latrine will ensure a safe and sanitary place that patients and staff will be able to use for their daily functions. A hygienic facility is especially important to HIV/AIDS patients whose immune systems are already compromised.

Dollar Amount Needed
$0.00 – This project has now been fully funded through the generosity of Hack & Slash, who have designated Water Charity as a beneficiary of this year’s Hack and Slash Christmas Special Live Onstage and in Technicolor!, held in Baltimore, MD.