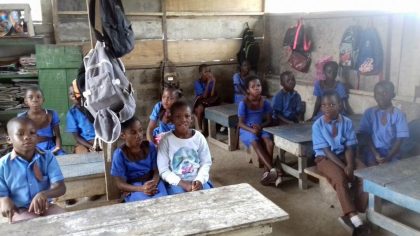 Community Description
Aburi is a town in the Akuapim South Municipal District of the Eastern Region of south Ghana, with a population of about 19,000 people.

Farming is the major occupation of the populace. Major crops grown are cassava, maize, yam, plantain, potatoes, fruits and vegetables. Non-traditional products, particularly snails and mushrooms, are also being produced and their production is rising providing avenues. 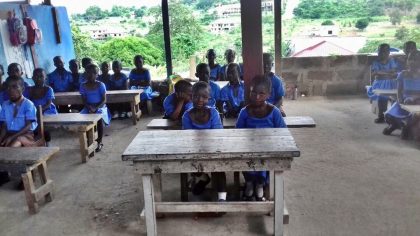 The district has numerous government and private basic schools, secondary school and one teacher training college.

Problem Addressed
There is no water facility close to the De-Best International School compound. School children between the ages of 5 and 15 must walk 45 minutes to obtain water to drink, wash, and cook, often missing classes.

In addition, the school is starting its own 20 meters square garden to grow healthy food for the students. The garden will require water for irrigation.

Project Description
This project is to build a water system for the school, consisting of a borehole, pump, tank, and piping.

The borehole will be drilled to a depth of 65 – 70 meters. A 1,500L water tank will be mounted on a platform, and PVC piping will connect the water source to the tank and the tank to a tap at ground level.

A concrete pad will be built under the tap to prevent the accumulation of standing water, and a spillway, and soak away pit will allow the water to soak into the ground. Vegetables and fruit trees will be planted to make use of the runoff water 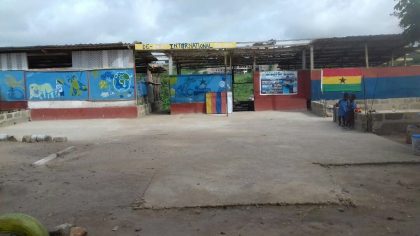 The project will be implemented under the direction of Call To Nature Permaculture.

Project Impact
182 people will benefit from the project.

Project Administration
The project will be administered by Solomon Amuzu, Founder and Director of Call to Nature Permaculture

Monitoring and Maintenance
Solomon Amuzu will supervise construction and report on and evaluate the results.

After completion, the project will be handed over to the school head, Mr. Ofori, and the administration, for ongoing upkeep.

To ensure continued proper maintenance of the facilities, Solomon will provide monthly follow-up.

Project Funding
This project has been paid for through the generosity of an anonymous donor. Your contribution using the Donate button below will be used for our next project in Ghana. 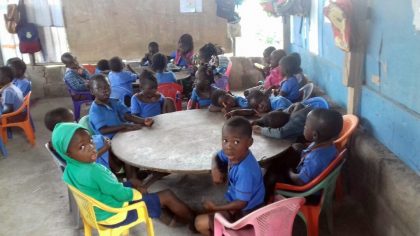 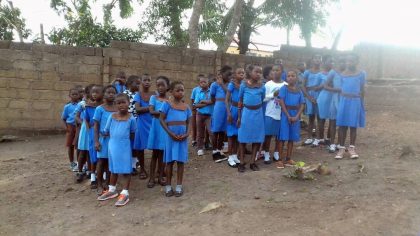 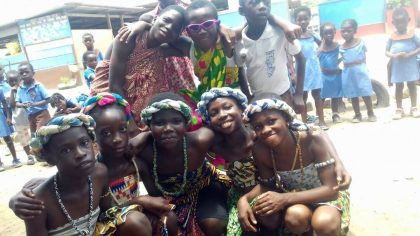 This project has been completed under the direction of Solomon Amuzu, Founder and Director of Call to Nature Permaculture (CTNP). To read about the start of the project, CLICK HERE.

The project was designed to build a water system for the school, consisting of a borehole, pump, tank, and piping.

This project consisted of a water system and school garden. Family drilling company was given a contract to drill the borehole on the school compound and install the necessary components, including electrical pump and piping, according to plans.

At the same time an 8-foot-high concrete pillar was built to hold a 1,500L water tank to store water and supply it by gravity to a tap for easy access by the school kids. The concrete pillar was left for two days to harden after construction. Thereafter, the tank was placed on top.

Our initial plan was to build a smaller section to grow food using the spill water, but the school authorities appealed to CTNP and Water Charity to design a main garden that could serve as model, and training grounds for the school, as well as to feed the children at the school at least two square meal a day.

We therefore responded to their call. A space, measuring about 20 × 60 ft, was demarcated for the garden. We then cleared the area and 4 large size keyhole beds were constructed, manured with biochar, poultry droppings, and fresh moringa leaves, and then seeded. Some of the seeds planted were carrots, beetroot, cucumber, tomatoes, collard greens, lettuce, and kale. Other companions that will be planted later are peppermint, basil and coriander to repel insects. Lemon grass will also be planted along the edges of the beds to keep them firm and in shape to protect the beds from washing out through erosion during the heavy rains. Also, the smell from the lemon grass helps in repelling insect pests.

The keyhole bed design was chosen and constructed facing a slope to harvest rain water that will penetrate into the soil to recharge the ground water.

We expect this garden to start producing healthy food within the next two months.

Some of the comments raised are:

— The head teacher stated “We are having a graduation on the 3rd of August 2018; we wish to address Call To Nature and Water Charity as one of our supporters to the public.

— One of the female teachers also praised the project and described this as a “super surprise ever”.

— We heard some of the kids saying, “Now we have clean water free from diseases.”

— A past student volunteering at the school as a teacher kept smiling saying this is a 2 in 1 project through a proverb “Ye de obo baako eku nnomaa mianu.”, meaning “We have killed two birds with one stone.” (referring to the borehole and the garden).

— Students were all day reciting new vocabularies they learned during the course of the project. A few were “swale, keyhole, companion planting, recharge ground water, compost” and many more.

— “Yay now we have water here, no more long walk in search of water.”

— “I do not have fill my water bottle from home again and again.”

Finally, the head teacher, Mr. Ofori presented a thank you letter to CTNP and WC for such an amazing work.

We extend our thanks to Solomon and the CTNP team for completing this important project.