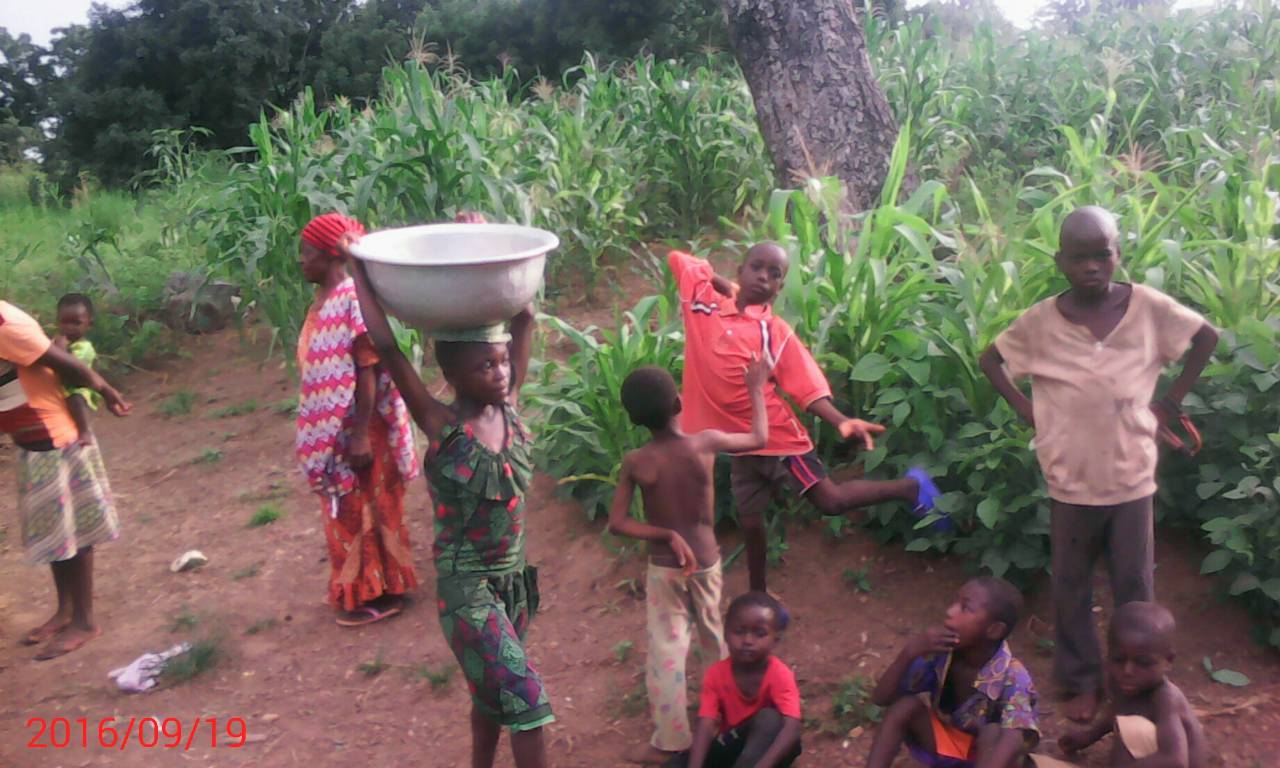 Community Description
Yagha is a small village in Jirapa District, in the Upper West Region of Ghana. It is surrounded by five sub-districts, and the total population of all these districts is around 2,000 people.

People in the village are mostly farmers; otherwise they are food-sellers or construction workers. The village is very rural and remains very poor. Yagha community is densely populated by peasant farmers and life stock herders, all in need of water.

There is only one rainy season a year in the Upper West Region, which is becoming more and more sparse (now from June to September). During dry season and Harmatton season (heavy winds from the Sahara), there is no rain at all, temperatures reach 110 degrees Fahrenheit, and there is dust everywhere.

The community lives with food insecurity, especially during the hunger months. They mostly harvest enough food to feed their families, not making a surplus. The landscape is very dry, with very little vegetation.

Problem Addressed
The community currently has only one functioning borehole, which frequently breaks down, resulting in serious water shortage.

According to Mr. Osman Yaro, medical officer in charge of Yagha Health Post, in 2016 alone, waterborne illnesses accounted for 93 cases from January to April 2016. One of the leading causes of death for children under 5 is diarrhea, and many other diseases are common, such as cholera.

The Regent of Yagha (Mr. Dookuu Bernard) in an exclusive interview expressed worry about the challenges, especially accessibility to water by the children. He disclosed that the whole community has to struggle at the only borehole, which is at the entrance of the Yagha Health Post, for water. This borehole is incapable of meeting the whole communities’ demand.

Women and children have to walk long distance to this water source to utilize this facility. The other sources of water include rain water harvested and stored during raining season.

The Yagha community in general suffers from a desperate shortage of water from October to April, for both human and livestock consumption. 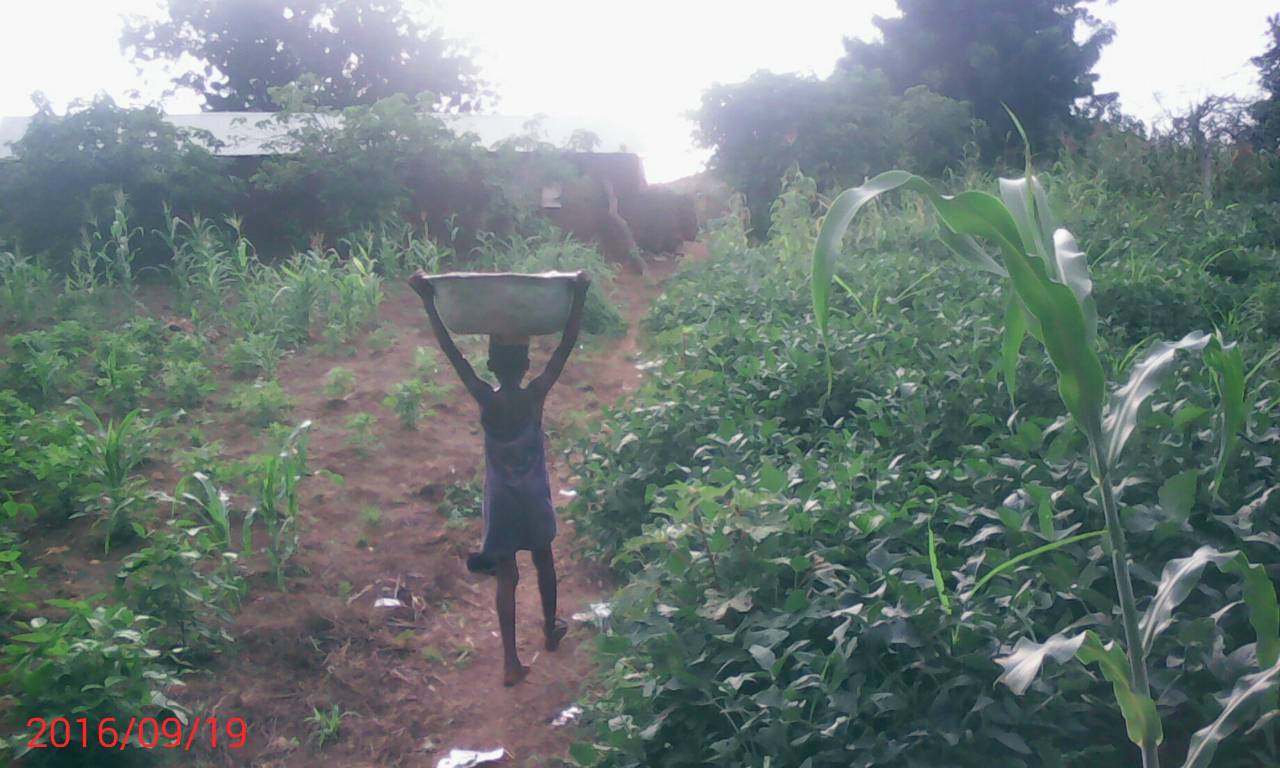 To sum up this project’s rationale:

1. Unsafe water means illnesses: Even when water can be found in the unprotected dam or Black Volta River miles away, the water is usually unclean and unsafe and exposes the community to water-borne illnesses such as typhoid and diarrhea. Due to inadequate healthcare available, these illnesses can often kill the young and the old.

2. Women’s burden: The traditional division of roles means those women and their small children bear the biggest burden when it comes to finding water. Even for those women who are closer to the only existing borehole, the task can take up to 2 hours. Due to the high demand and long queues, women sometimes do not return from fetching water until night. As well as adding to women’s already significant workload, the task of fetching water takes them away from other vital tasks which are needed to earn a living and raise a family.

3. Sacrificing education: Children, in their efforts to help their mothers by fetching water, usually sacrifice their study time and this eventually forces them to arrive late at school. They often miss their first classes of the day and there are also concerns about the health related impact of sitting for long hours at the spring in the strong sun and close to the unsanitary water.

Project Description
This project is to build a borehole along the road junction for Jirapa District.

The borehole will be drilled to a depth of 120 meters in an area has proven to have a good discharge of ground water.

Cattle troughs will be built to serve as drinking water for animals reared in the community.

The project will employ an Afridev manual water pump which is economical and sustainable.

There will be a concrete platform that leads to a runoff area, with a concrete basin at the end for water collection. This area will be used for animals’ drinking water. This is what Yagha’s current borehole has, and it works well.

Around the concrete basin, the community members have agreed to build a soak away pit, in case there is ever any water overflow. This will prevent breeding pools for mosquitoes.

There will be a fence built, and a chain provided to lock the borehole when not in use. This way, the WASTAN committee can guarantee that borehole users have to pay a small fee when they use the borehole. The funds accumulated can then be used for maintenance purposes should the borehole ever breakdown.

The community members have been involved fully in identification and approval of this project. They will participate effectively during implementation of project activities.

The work will be directed by READ, a locally-based NGO based in Wa, the capital of the Upper West Region.

The borehole will be built on land made available by the community. Volunteers will clear the project site and dig the animal water reservoir. They will also collect all locally available materials for the borehole development work, namely stones and sand. They will also provide much of the labor needed for construction. 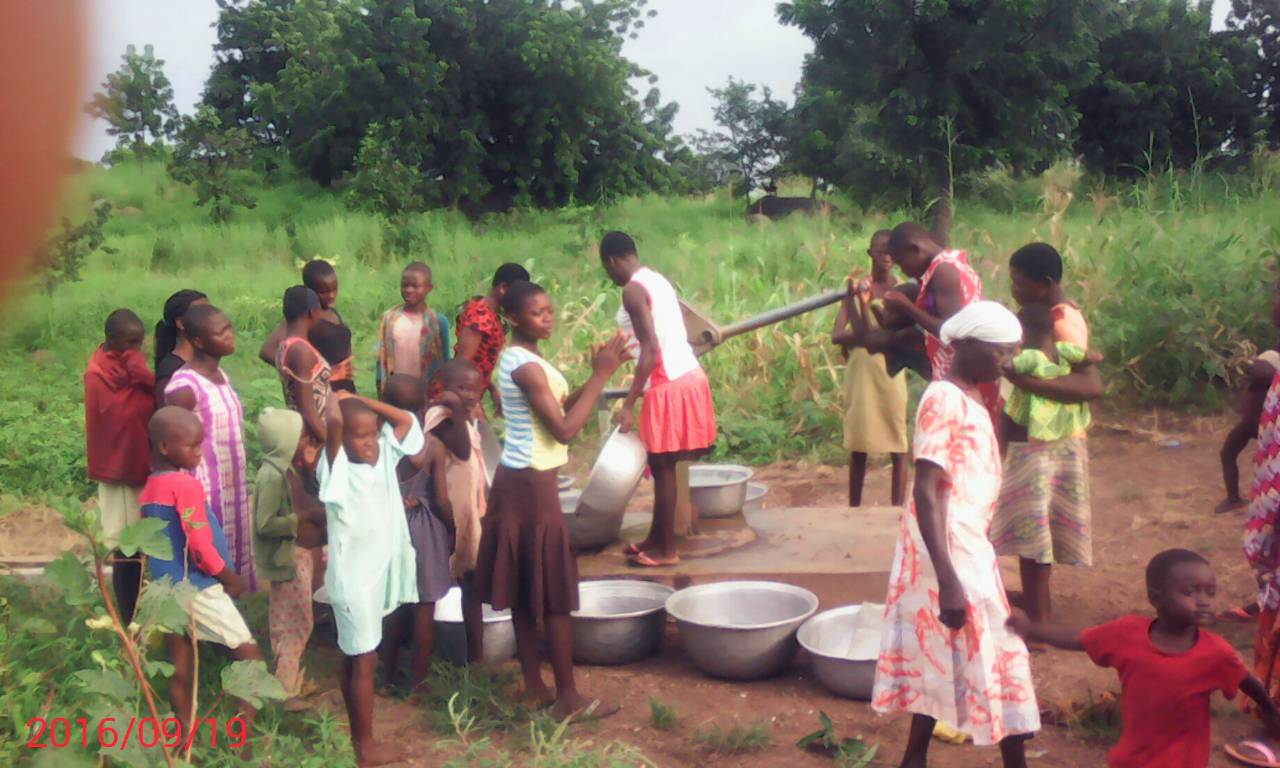 The RASHBASH Company Limited has been tapped for the construction. RASHBASH has considerable experience and expertise in the borehole industry in Ghana, having executed several borehole projects at competitive cost in the country both in the private and public arena. They have particularly successfully executed similar projects in all the 11 districts in the Upper West Region of Ghana.

In summary, the community will provide the land, labor, water, and resources needed, such as rocks and sand, while Water Charity funds will pay for the remainder.

Monitoring and Maintenance
READ will undertake the following to ensure smooth and efficient implementation of the project:

Project monitoring will be carried out jointly with donor agencies, communities and participants throughout the project implementation. Monitoring data will be used to compile regular progress reports that will be submitted to donor agency.

A survey to establish the extent to which people of Yagha area have been able to access clean water will also be conducted. The data collected shall be analyzed quantitatively. READ will give reports to all relevant bodies.

A borehole management committee will be established to play a leadership and coordination role to ensure the sustainability of the project. As per the suggestions of the community members, it will have 6 members (3 men and 3 women). Their roles will be to represent the beneficiaries, coordinate the provision of materials and administer the overall implementation. To enable this, READ will provide training for the committee and selected community members on leadership, management, operation and maintenance of the scheme.

The borehole management committee, together with the whole community, will decide on reasonable fees to charge the users monthly. These fees will be collected and saved in an account with St. Joseph Credit Union-Jirapa. This will enable the community to maintain the borehole whenever it breaks down.

Let Girls Learn
The construction of a new borehole will help girls remain in school. Many young girls end up late to school due to fetching water and other household chores. This is especially pertinent if they live far away from the one borehole in Yagha, as they have to walk longer distances and wait in line.

By providing another borehole, mothers will have less of a dependency on their children, and fetching water will become easier for many community members.

Girls will also be less likely to get water borne illnesses that may keep them out of school.

This project has been paid for by an anonymous donor.  Additional donations that are made using the Donate button below will be allocated to other projects in Ghana.