This project has been finished under the direction of Peace Corps Volunteer Adam Regula. The project was designed to install a basin system in the community gardens of the town. 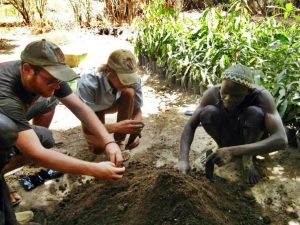 This project sought to expand the useable dry season garden space of the community garden group, Teesito, in the village of Fitaba. While the community members were extremely well organized and motivated, the ability to transport water from the single concrete well limited productivity in the dry season. The solution presented by community leader Marikee Danfakha was a basin placed 25 meters from this well. Connected to a feeder basin adjacent to the well by underground pipes, this would extend the radius of garden space reasonably watered during dry season.

Using the funds provided, I was able to purchase the pipe, cement, and rebar needed. Construction of the basin was contracted to a local mason, Bala Danfakha, at a discounted rate. The community was eager to get started and immediately cut the mud bricks. I was able to purchase the pipes and cement necessary for the basin façade. Additionally, the funds covered the costly transportation of pipes from the regional capital of Kedougou to the district capital, Saraya. The community provided the labor of cutting the bricks, transporting materials from Saraya to Fitaba, and assisted the mason. There was some confusion, as the basin was expanded from the planned size and the cement purchased was insufficient. However, the community was able to gather the funds to purchase an additional two bags. 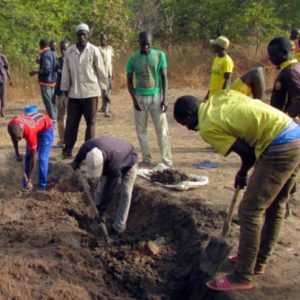 Unfortunately, due to an illness in my immediate family, I returned home to the United States at the end of April and was not able to return to complete my service. At the time of my departure I had purchased the materials and seen them transported to Fitaba, participated in the cutting of the clay bricks, and held two small trainings in anticipation of construction and preparation for the rainy season. These included a training on creating tree nurseries and an integrated pest control demonstration. I paid a portion of the mason’s pay and left the remainder due with a nearby agriculture volunteer. He had collaborated with me on multiple projects and was familiar with Fitaba and the Teesito leader Marikee. As the basin needed to be completed prior to the rainy season, I was concerned with the timeline (rains typically begin in June). However, it was reported the construction was complete early June, 2015 prior to significant rains.

During the rainy season and cool dry season (Sept-Dec) my fellow volunteer reported that the basin was not frequently used as the water table was sufficiently high that community members still found seasonal hand dug wells more convenient. However, he held small gardening trainings there and was pleased with the participation and eagerness to try new techniques. However, I was able to make contact with Marikee directly this past hot dry season (April/May) and he said that the basin succeeded in expanding the gardens dry season footprint and eased the work involved in watering. While the physical benefit of expanding the garden area was significant, I was also very pleased to see that it also served as an inroad for another stage of volunteers to engage with a motivated community.

We are grateful to Adam for seeing this project through to completion. 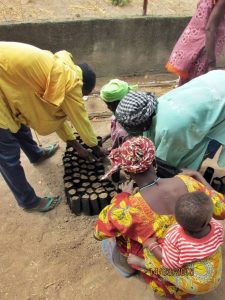 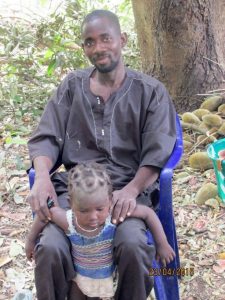