In August 2018, Water Charity began the Borehole Well Water System Program in the Centrale Region of Togo. The program was completed, resulting in the construction of 16 community borehole well systems.

Although Water Charity had done many projects in Togo in the past, this program was designed as a well-defined and concentrated effort to create a major impact in a specific geographic area. The work is done and the experience gained became a proof-of-concept in the development of a model for sustainable development in the country, and furthermore served as the impetus for the Water for Everyone Initiative – Togo and The Gambia.  Here are the projects that were accomplished: 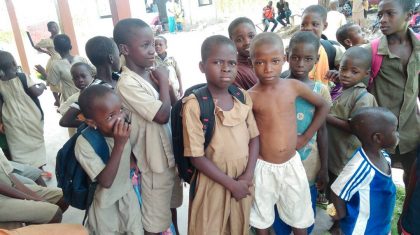 The Need
While severe water shortages exits in all sectors (both for human consumption {schools, community and household needs including semi-urban and urban areas} and in the food security sectors related to agriculture and livestock raising), rural health centers were selected first and foremost due to the existing infrastructure and personnel in place to provide for thousands of people at one location. Specifically:

Clinic Need: Over 50 rural clinics (the first tier of government-assisted health centers known as Unité Soins Périphérique or “USP” health centers) in the region were either without water on site, or the source is an open, often contaminated shallow well or, a prior project installed a water system that was unsustainable and unpotable, for example, unfiltered, cistern-enclosed, seasonal roof-top water catchment systems. Project clinics were equipped with running water and indoor plumbing where needed.

Public Water Source: Most of the communities neighboring the clinic lack year-round water and what water is available is usually of poor quality. Water tower spigots allow households daily access to potable water. 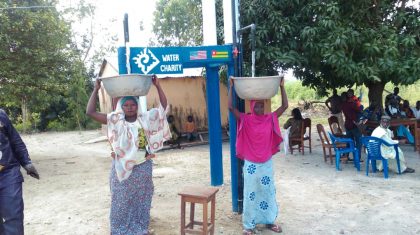 Health, Hygiene and Maternity Care: A lack of effective hygiene practices and the high prevalence of gastrointestinal diseases are mitigated through clinic-sponsored sanitation education and ready access to long-term and portable indoor/outdoor water supply. Midwives, pregnant women and their female relatives in particular benefit from running water inside the clinic (eliminating the need to fetch water prior to birth).

Contagion Risk Reduction: Most rural clinics lack proper disposal of medical wastes including afterbirth. Open burn pits are common, and latrines are often used to dispose of blood and tissue. Afterbirth discharge plumbing and dedicated septic tanks reduce the risk of infection to blood-borne diseases to both staff and patients.

Management and Maintenance: Autonomous water systems such as those installed during the borehole well project are subject to disrepair, frequent interruptions and eventually early demise if not properly managed and maintained. Clinic staff are educated, have an accounting system already in place with a member of the community trained as the clinic accountant, and work closely with the local community they are serving as the midwives, in particular, are selected from and paid by the community.

Post Project Monitoring and Oversight; Key to long-term success. The health centers are currently overseen by the Ministry of Health staff in conjunction with the regional Ministry of Water technicians, and community leaders. 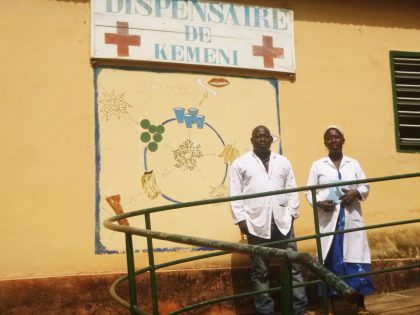 The Program
The Ministry of Health provided Water Charity with an initial list of 25 highest priority clinics relative to water needs. Site assessments were made to all 25 and a subset of 16 clinics was selected and funded over the 4.5-month project period.

Work was contracted to a local Togolese drilling and construction company based in Tchamba, a town in the Centrale region. This licensed contractor provided masons, electricians, plumbers, and a borehole rig and drillers to implement what became known as Borehole Well Water Systems.

Each system included the following:
• a geophysical study to locate the aquifer,
• drilling and developing a borehole well to depths between 50- 100 meters,
• water quality testing of water,
• constructing a new 4.5-meter tower or retrofitting the existing metal tower,
• a 2,000- or 3,000-liter polyethylene water tank,
• installing an electric submersible water pump, plumbing and electric hook up to the clinic,
• repairing or installing new water lines,
• sinks and faucets (for those clinics without any prior plumbing),
• equipping the maternity room with a discharge system for afterbirth waste and including dedicated outdoor septic systems.

In addition, community water access faucets on the water tower supply community members with potable (microbial-free) year-round water as managed by both the clinic staff and the community. One site (Kemeni) has an additional water access point with multiple water outlets.

Water yield from the 15 wells drilled varied from 800 to 16,000 liters/hour indicating at least in the Centrale region, potable year-round groundwater resources (though not known precisely due to a lack of data and groundwater mapping) are present in sufficient quantities to supply a far greater number of people than are currently accessing this resource. Water needs for rural communities such as those in Togo are estimated to be met with a water yield and pumping rate of at least 800 liters/hour. All of the project sites with the exception of one (Sagbadai) far exceed this minimum.

The Impact
The impact made insofar as addressing potable water needs and health care to the communities served by this Program is substantial. An average of 3,000 people use each clinic per year resulting in an estimated 45,000 people impacted with better maternity care, sanitation and hygiene education and better overall health care. Within that population, a rough estimate (to be better defined as time progresses) on the number of people accessing the clinic water system for household water needs varies from 500 to 1,500 per site. Thus, between 7,500 to 22,500 people will be impacted from the communities accessing the 15 clinics. A well-maintained and administered protocol (without adversely impacting the daily functioning of the clinics) by the community water committees could see this number increase in time. 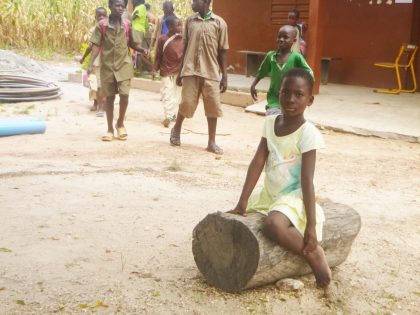 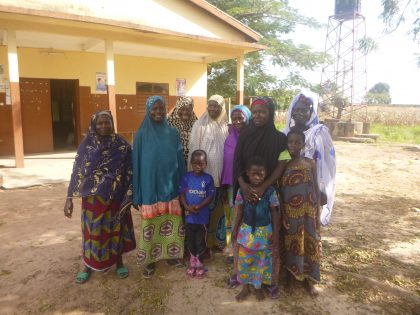 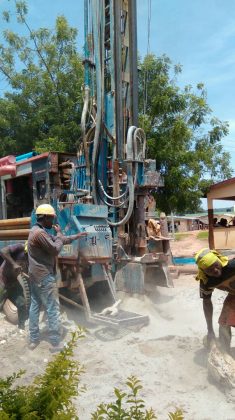 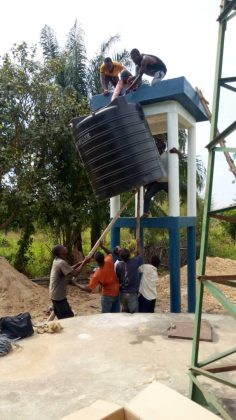 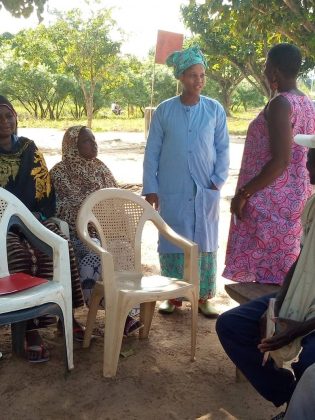 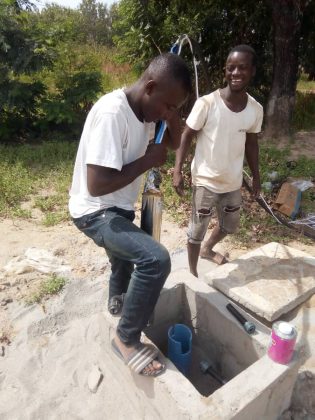