This project has been completed under the direction of Peace Corps Volunteers Katie Micek and Gen Eng-Surowiec. To read about the start of the project, CLICK HERE. 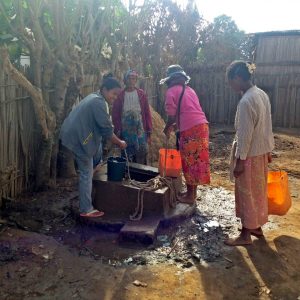 The project was designed to renovate four water sources, consisting of two pumps (borehole with a pump on it), and two open wells

The project was started by Katie Micek, who finished her Peace Corps service after the planning phase and was then administered by Gen Eng-Surowiec through to the conclusion. Gen reports:

The pumps and wells project in Ambatomainty was a project to increase clean water access for over 15,000 people in the commune of Ambatomainty. Over the last 4 months, I have been working closely with community members to repair and create three wells and two pumps. Each of the locations were in high traffic areas where many people would gain access to potable water.

In addition to helping build the wells and pumps, we also created a sustainable way to help manage them. Each of the 5 locations created their own standing committee with 3-5 members on. The job of this committee was to create a set of public use laws ( i.e. no one under the age of 12 can get water, no playing by the well, do not stand on the upper lip or clean your feet on the well). They also created laws on dues to paid. Every month, families using the well would pay dues to the committee. These dues are then saved to fix any problems with the well or pump.

The first stage of building consisted of meetings with community leaders. These leaders then called in members of the community to join the committee. The committee and the leaders then chose builders to be involved in the construction and development of the wells and pumps. 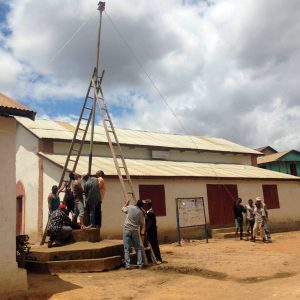 While community members worked on developing a list of supplies and tools needed, I worked with Durrell Wildlife, an NGO here in Madagascar, to negotiate how to find a pump technician. Here we divided the work. Durrell Wildlife and my counterpart with them would find and manage the technician for the pumps, and I would work with the community on supplies and needs for the wells.

In the second stage I went around house to house with community health workers to sensitize members of the community. We talked about clean water use and storage, diarrheal disease, and proper washing techniques. We also performed demonstrations explaining that clear water isn’t always clean water.

In the next stage, we began building. The technician visited the sites 3 times to educate members of the committee and community on how to fix the pumps if they should break and what to look for. He also explained where to buy the parts that were most likely to break and how often they should be replaced. I worked with community members to buy materials and supplies for a pulley system, fence, and well for the three sites.

In the final stage, the wells and pumps were completed. Fences made of brick and cement surround four of the five sites and the wells at the CSB (hospital), Market, and by the river are well used and cared for. Within 2 weeks of completion, the committee at the market paid for and created a sign with the laws of the pump. The well by the river is frequented by the meat sellers who had previously been using river water downstream from a WC to clean their meat. Now they use clean water to clean the meat they sell to the community.

While the wells were a huge success, the pumps experienced more difficulties. The technician hired didn’t complete the project fully and the community is trying to negotiate and fix the wells.

Overall the project was a success and community members have been actively engaged in fixing and maintaining both well and pump sites.

We extend our thanks to Katie and Gen for completing this important project. 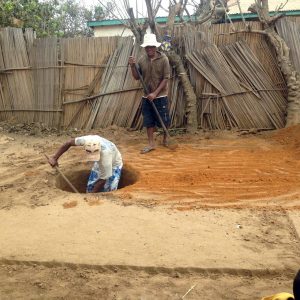 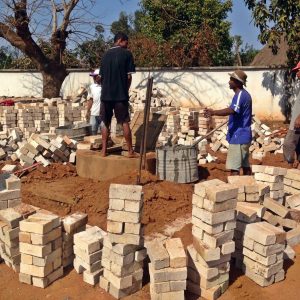 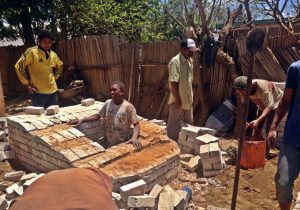 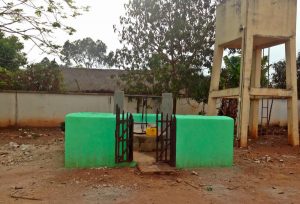 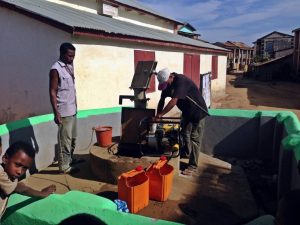 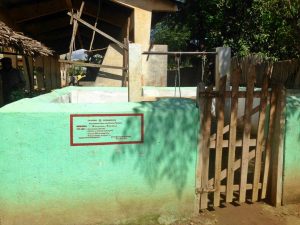