The 30,000 members of the Ogiek tribe are the indigenous forest-dwelling beekeepers of Kenya. They have likely been there for a millennium or more. In Kenya, they are considered the lowest of the low on the social totem pole, among other reasons because they do not trade in money, land, or cows, but only in honey. Simon Ndungwenkop, the tribal chief and director of the Ogiek Cultural Initiatives Program, says that most members of his organization pay their membership dues in honey. Most of the honey is traded or sold to the Masai community, who use it in rituals.

The Ogiek people are under grave threat. Land speculators, government functionaries, and members of other tribes have been carving up the Mau forest where most of the Ogiek live, often claiming ownership of land that they haven’t even seen. Loggers are clearcutting whatever in the way of trees they can get their hands on. They are also setting fire to Ogiek settlements, burning them out of their homes and settlements.

The Ogiek people are attempting to fight back. They are barricading the “roads” (which can hardly be called that) against heavy equipment, and are replanting trees as fast as they can. They would also like to lodge a legal case to at least put a crimp in the cultural genocide that is taking place.

The Ogiek have no schools of their own, and there are neither schools nor teachers who teach in Ogiek, and there is no written language. As a human and indigenous rights defender, Simon says it is struggling to get his people to understand, no less defend, the rights they have under both Kenyan and international law. 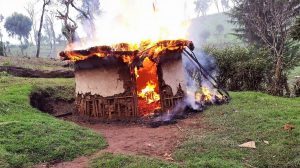 As a result of forest depletion, coupled with climate change, water sources dry up, and what remains is contaminated. The one remaining river Kalapichwa, the only close source of water, now looks more like a swamp than a river. Honey production is seriously affected. But, more critically, the Ogiek people are now seriously weakened by waterborne illnesses. Amebiases and bacterial dysentery are common, typhoid and cholera more than occasional.

Child mortality and morbidity are extremely high. There are now so many deaths of young children from waterborne diseases, people no longer count them. And it is difficult to fight for one’s rights when compromised by sickness, or in mourning.

Project Description:
A training program will be set up for 25 people on the edge of the Mau Forest in Narok. The group is located in Olokuseroi village. Besides BioSand Filter fabrication, distribution, installation, and maintenance, they will be instructed on how to teach community sanitation and hygiene, as well as basic business planning. The training will be in Swahili, and translated into Ogiek for those who need it.

Filters will be sold to the Ogiek, mostly in exchange for honey (which is quite valuable, and the Ogiek Cultural Initiatives Program does this regularly). There will be a large market for Filters among the Maasai, the Ogiek’s traditional trading partners. If successful, the initiative will lead to more workshops. 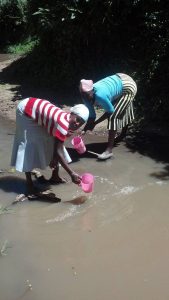 Project Impact:
The immediate impact will be in providing employment for 25 participants, and resulting in additional income to their families. This will also supplement the income of those who are living on the margins of the forest, whose income from sales of honey is intermittent.

Those with Filters will experience fewer waterborne illnesses, fewer deaths (especially among children), reduced medical expenses, improved school attendance, higher productivity, improved family and community life. The long-term objective of the course is the elimination of waterborne illnesses among the Ogiek, and a higher living standard.

Person Directing:
Eric Lung’aho Lijodi, Friendly Water for the World’s Kenya and All-Africa representative, and leader of the Kambiri Group.

Community Group:
Kambiri Water and Sanitation Group is a fully registered group with the Department of Social Services in Kenya. The overall mission of this team is the provision of Sanitation and low-cost clean water service to the community. This team has been in operation since the Year 2006 and has from time to time engaged in providing and selling filters to both individual persons and institutions. In the year 2009 the team participated in the Western Provincial Agricultural Society of Kenya Show, and received an award for their good work by the then Provincial Commissioner.

Kambiri Water and Sanitation Group’s overall mission is to provide training in sanitation and hygiene and low-cost clean water approaches to the community. This group has been in operation since 2006 and has from time to time engaged in providing and selling BioSand Filters to both individuals and institutions.

Monitoring:
A group monitor will be appointed and trained to follow on Filter installations. A report will be prepared 90 days after the start of the project. Eric will visit with the group after 90 days to work with them on any adjustments needed to the business plan. A survey will be carried out on the health of recipients before and after Filter installation.

1.       To train twenty-five participants from the Ogiek on Sanitation and hygiene

2.       To train the participants on how to make filters

3.       To train participants on how to maintain the filters

4.       To train the participants on setting up a business

1.      Complete elimination of water-borne diseases among the Ogiek

2.      Reduce the causes of absenteeism of school-going children due to illness.

3.      Improve the living standard of the Ogiek from the sale of filters.

4.      Improved sanitation and hygiene among the Ogiek.

Project Funding:
This project has been funded through the generosity of a donor who chooses to remain anonymous. 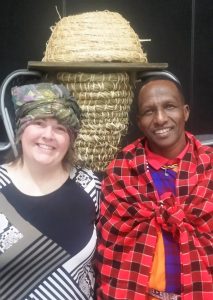 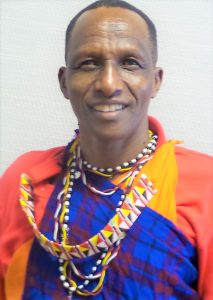