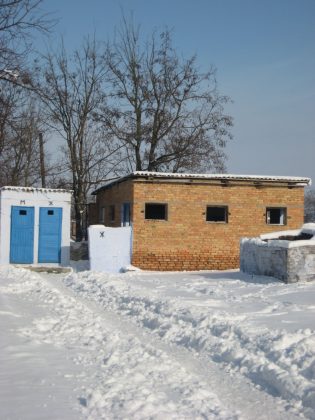 Community Description
Volodymyrivka is a town of 1,500 people located in the Mykolavi oblast in the south central region of Ukraine. Before the fall of the Soviet Union, it had a thriving population of 5,000 people with five schools and many factories in operation and was the regional center of the area.

Since 1992 Volodymyrivka has seen a steady exodus of its population for the bigger towns and cities. The village now only has one factory still in operation and two schools. The population has dwindled to around 1,500 people, as students who graduate move to the city for university and usually do not move back.

The town is agriculturally based. Everyone has a small farm in their backyard where they grow most of their food for the year. It is a town that is self-sustaining, but the small farms generally do not sell any food. Tending to their farms takes up most of the villagers’ time in the spring and summer. 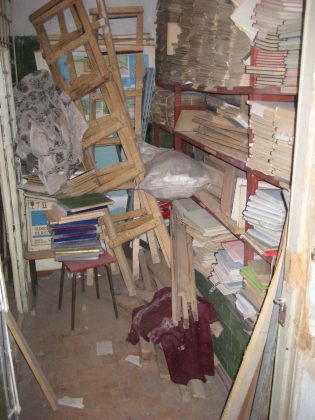 Volodymyrivka has a river on the outskirts of town where people like to fish or swim during the summer. It is a town that has been hit hard by the economic downturn and the schools find it very difficult to raise funds for new equipment and renovations.

Volodymyrivka School #3 was built in 1975 and was built without indoor bathrooms. Currently, the students and staff have to go outside if they need to use the bathroom. The school serves around 300 students, grades 1 through 11, and has 34 staff members.

The outdoor toilets have never been renovated and are very cold in the winter months. They pose as health risks to the students and staff, not only because of the cold, but the unsanitary conditions of the facilities themselves.

Project Description
This project is to build an indoor bathroom for males and females at the Volodymyrivka School #3.

A room near the classrooms on the second floor, currently used for storage, will be rebuilt for use as an indoor bathroom for students and staff members. 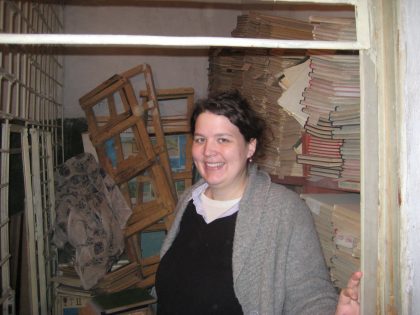 The project will connect to the water lines currently running on the first floor.

Project funds will be used to purchase the new toilets and sinks, as well as faucets, piping and other materials to create the separating wall and finish the room, such as doors, tiles, and caulk.

The installation of the piping will be done by one professional plumber, who will be paid by the school.

Two janitors who work at the school will do the rest of the work, including preparing the room and installing the tiles and doors. The school is donating their time for the project.

Project Impact
The 300 students and 34 staff members of School #3 will directly benefit from the project.

Comments
The project will provide critically needed facilities for the students and staff at a minimal cost as a result of careful planning, use of existing resources, and the demonstrated commitment of the school toward the success of the project. It will have a definite impact on their health and wellbeing.

We encourage others to continue to donate using the Donate button below, and we will notify Caitlin of your donation. Additional funds will be used to fund the next project by the PCV and/or other projects in the country of service.