This program is made possible through the partnership of WATER CHARITY and the NATIONAL PEACE CORPS ASSOCIATION, working with THE MADAGASCAR WATER. 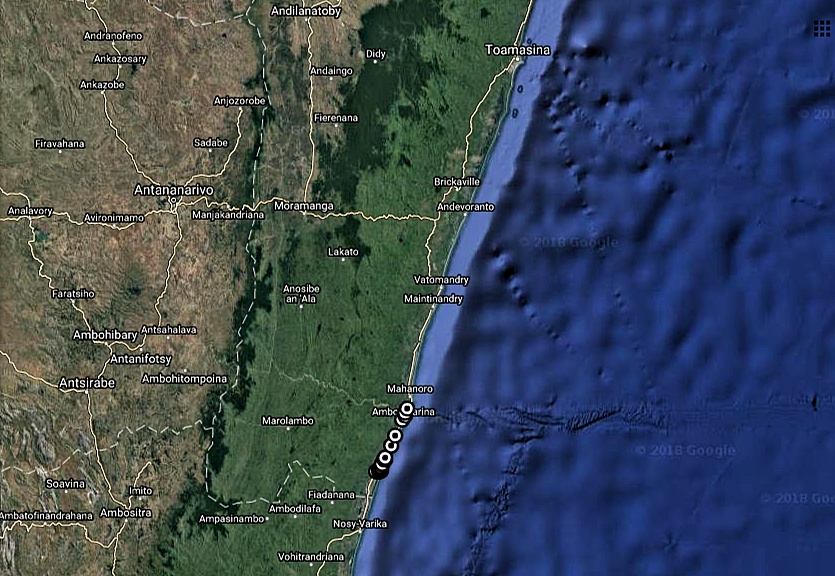 Figure 1:  Location of the program on the east coast of Madagascar

The project area lies along the Pangalana Channel on the east coast of Madagascar. The Pangalana is a fresh-water intracoastal waterway that serves as the primary source of drinking water as well as the location for washing, bathing, toileting, and waste disposal.

The villagers support themselves with artisanal fishing and farming.  Lacking electricity, water services, sanitation facilities, health & dental services, television, radio, and most other amenities taken for granted in the 21st Century, the people live in conditions not seen in communities in the developed world in over 100 years. The incredible progress the world has seen in the last century has truly passed them by.

Most villages are accessible only by boat along the Pangalana, with a series of primitive auto ferries connecting the old road dating back to the French colonial days. Logistics are one of the major challenges of this project.

The Pangalana Channel is the only way to reach the villages.

The Pangalana Channel is the primary source of drinking water in most villages, but is contaminated and unsafe to access, with drownings occurring with some certainty. Other sources of water, such as rivers, rice fields and open pits are contaminated and not fit for drinking even after boiling. Many sources are unreliable, either going dry during the dry season or being contaminated with sewage or sea water after large storms.  Open wells eventually become contaminated after use and cannot be used for drinking without boiling or filters.

A lack of clean water, along with poor sanitation and nutrition, has resulted in widespread dysentery, stunted growth and childhood development, and higher death rates in vulnerable populations. With widespread poverty, limited government resources and a relative scarcity of NGO assistance, large gaps in the social support network exist.

Eight wells will be drilled in the six villages shown below:

The Project will provide clean water for large to medium-sized villages that have no reliable, year-round source of clean drinking water.  The Village Well Program Phase I – Madagascar will build eight water wells in six villages along the Pangalana Channel. Hand pumps will be used to provide villagers with potable water. Existing open “bucket” wells will be chemically disinfected and cleaned.

This is an important Infrastructure project that can provide the jump-start these villages need to move into the 21st century.  The addition of an accessible, community-based source of clean water has measurable effects on the community. The incidence of water-borne disease is reduced significantly, sanitation and hygiene are improved and infant mortality and the mortality of vulnerable segments of the population go down. With less time required to fulfill the basic need for clean water, people become more focused on other needs such as education, nutrition, family and improving their own quality of life.

The work will be done by The Madagascar Water Project.  The Project has done similar work in the area and is responsible for building 43 producing wells in other villages along the Pangalana Channel.  They use a stainless-steel well design, with imported down-hole screens and locally available hand pumps. With routine maintenance, each well will produce clean water for 10 years or more. The Project maintains a trained Team on the ground to ensure the wells keep flowing.

A Madagascar Water Project Assessment Team visited the area in December 2017.  Existing water resources and sanitation facilities were evaluated, and meetings were conducted with village leaders to learn of their needs and to assess their ability to accept and manage a new well. Geological studies were conducted to determine if ground water was a viable resource.

Villages included in the Village Well Program – Phase I program were identified based on the urgency of their need for clean water, population size, geology, the community’s ability to accept responsibility for the well and their ability to manage the well to improve the sanitation, health and hygiene of the village.

In addition to drilling the wells, the Project facilitates the organization of Well Management Committees and advises them on well management and resource utilization. The Project trains local personnel to maintain the well and provides tools and spares to perform these duties.  The Project periodically inspects the pumps and wells and performs higher level maintenance and repairs, when needed, using a Team based in Andovoranto.

The Project empowers each village to manage their own resources, but it maintains a helping hand, when needed, and a watchful eye to ensure everything goes as planned.

Due to the extremely remote nature of the villages, logistics represent about one-third of the total cost. Savings due to an economy of scale or lower project costs / well will be used to build more wells.  At this point, villages needing clean water in this area number in the hundreds.

Project Impact
An estimated 14,925 people will benefit from the project.

Program Funding
The funds to start this program have been contributed by an anonymous donor.  Your contribution using the Donate button below will be used to expand the program.