This project has been completed under the direction of Peace Corps Volunteer T.D. Nguyen.

The project was originally designed to renovate 3 restrooms at the Village 4 Primary School. However as a result of the regional flooding, causing widespread damage, the project resulted in only two being completed and the third removed.

The renovation of the restrooms at the primary school of Village 4 has been completed.

Prior to renovation, all of the three 4-stall restrooms were dirty and covered with mildew. Unpainted walls were mossy, and absorbed water, resulting in constant bad odor. They were also dark and wet, with toilet bowls missing in some. The roof of the structure had discolored and it leaked when it rained.

Unpaved, the steep front of one the restroom got muddy and slippery after each rainfall and stayed that way for several days. Since students had to walk down and through to get to it, the restroom became muddy with heavy usage. 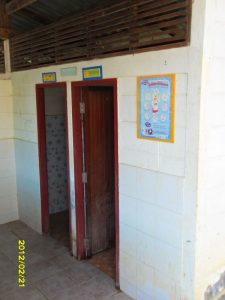 A nationwide flood afflicted Thailand last year but fortunately, located high-up, Village 4 only suffered flash floods that came down from the surrounding mountains after heavier than normal seasonal rains.

Funds were barely sufficient without the damages caused by flash floods that filled the restrooms with mud and debris, and washed away some of the building materials for the renovation that were placed close-by.

As the result of financial shortage, the oldest and most damaged restroom of the three had to be condemned. The money then was use for the two restrooms that were repairable.

The renovation process was as follows:

The restroom renovation project at the primary school of Village 4 took longer than expected to complete due to the flood and time taken out to remedy its effects. Local workmen/women were hired by the school to help supplement their income.

The students and residents of Village 4/16 are very happy with the renovated restrooms since the school also serves official and social functions. With the damages from the flood still visible in some areas of both villages, the completion of the restroom project at Village 4 has no doubt helped to energize the rebuilding process of the people.

The school principal, teachers, students, and residents of Village 4/16 would like take this opportunity to express their gratitude towards the generosity of Water Charity.

We wish to thank T.D. for completing this project, and again extend our gratitude to The Soneva SLOW LIFE Trust for providing the funding. 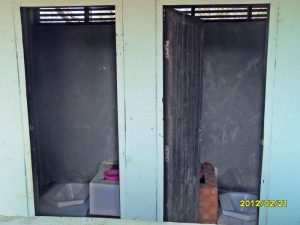 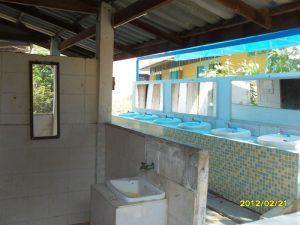 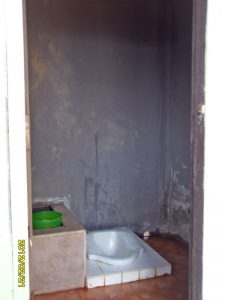 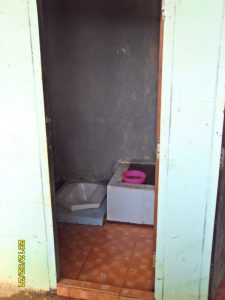