This project has been concluded under the direction of Peace Corps Volunteer Sara Katherine Moore.

The project was to construct a cement-lined well in the center of the village.

The Timbery Well Project proved to have some major bumps. We began the project in March of 2010 at the peak of the dry season in hopes of hitting water before the rains began. We hired a man from the village of Toumania, just 3 km from Timbery to dig for the project.

With a group of 6 men, we dug for two months. Because Timbery is situated on a mountain top, we ran into some problems while digging after the second month. We hit rock. It took all the strength of the six men to dig through the rock and remove it from the well. Three weeks later, we hit more rock-bigger than the last. 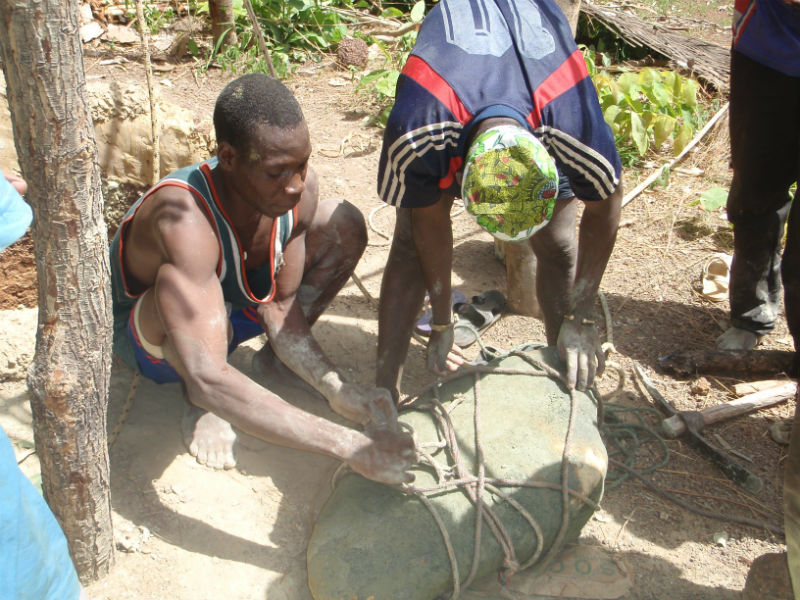 I approached a local NGO, GAD-EC located in the regional city, Kedougou. I discussed my issues with the well. Because most of their projects center around well construction, they agreed to help by supplying a jackhammer. We attempted to break through with a jackhammer, but because of the small width of our man-made well, the jackhammer plus the digger would not fit.

We dug close to 8 feet before hitting the last rock. Water surfaced towards the end of the rainy season. Because of my Close of Service date, I was unable to complete the project. All funds were spent on hiring the first well digger, supplies and paying for the transport of the jackhammer.

Thanks to your charity for allowing us to try and bring clean water to a community. Although we did not succeed, we tried every mode possible to save the well. Had there been more time and more funding, we probably would have tried to re-dig a new well in another location.

We extend our thanks to Sara for undertaking this difficult project, and to her friends and family who contributed part of the funds.