It started as an ambitious project to repair pumps in villages along the great river in The Gambia, back when Jeremy Mak was a PCV (Peace Corps Volunteer) stationed there. One project followed another, and Jeremy has unceasingly gone back to install, fix, replace and repair wells and handpumps across that nation.  At this point, 57 well handpumps have been repaired, newly installed, or otherwise brought to working conditions…with the majority of these projects being done by Jeremy Mak as an RPCV (Returned Peace Corps Volunteer), on his own time. 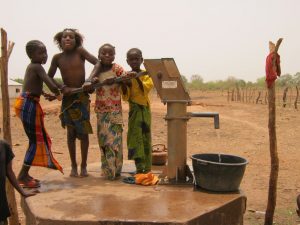 After the success of the first four projects (each with multiple sub-projects), this effort became known as the Central River Handpump Repair and WASH Improvement Program – The Gambia.  As a program, each of its Phases included a number of smaller projects and allowed Jeremy to tackle more problems at a time, increasing the economy of scale. All of these projects improved water, sanitation, and hygiene conditions in the region, and specifically focused on the repair and installation of handpumps.  It was eminently successful and really shows off how efficient and effective projects like this can be.  This is a model program we hope to replicate many times. In between and coinciding with these well and handpump projects, Jeremy also managed to plan and execute an additional WASH project and a water filter installation project as well.

Eventually, we settled on the Gambia Lifewater name for this effort.  The overview of all of this is a bit complicated, as it spans many arbitrarily defined WC projects going back to 2011 (see below).  Many villages were served with more than one pump or project, and some of the later projects included components to do maintenance on pumps we had previously installed or repaired.  It is without a doubt, though, that the 43 locations are better off for all of Jeremy’s hard work over these past few years.

Sometimes Jeremy had to make calls in the field, and repair a different pump than originally planned.  His quick thinking and knowledge of the conditions allowed him to focus efforts on places with the most need… and in the end, all proposed wells were done successfully. It is an amazing body of work, and Water Charity is proud to have been able to make this possible… just being able to get to know Jeremy has been an honor for us. 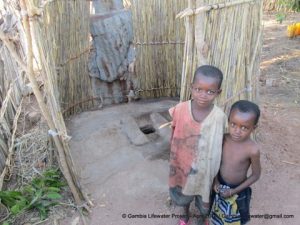 The Gambia is a small English speaking West African nation bordered on all sides by French-speaking Senegal. To see a map of 2013 pump repair locations, CLICK HERE.

By our calculations, this work, with all its various projects has increased clean water access and restored water points for as many as 50,000 women, children, and men so far (directly & indirectly)!  Many of the direct beneficiaries were served by more than one project.  The indirect beneficiaries, in the 10’s of thousands as a few of the projects were done at regional Health Centers, and places where people from all over the region pass through or come to for help, may also have benefitted from more than one of these projects. These factors make it difficult to square the individual project totals with the overall totals.  It is possible that some people got counted twice, but this is an impressive achievement any way you slice it.

The best way to grasp the enormity of this work is to read all of the various projects and their conclusions directly.  Let Jeremy himself explain what he actually did, and why in his own words in the various conclusion reports.

All previous and current projects can be found below, and the list at the bottom of this page includes all the pump repair projects.

We at Water Charity commend Jeremy for his outstanding work. We, again, extend our thanks to Child Relief International for providing some of the funding for this work early on, and to Beverly Rouse and Brian Lee for their additional contributions. Patagonia also donated rainproof clothing to Jeremy and his crew for the endeavor, and we salute their interest in clean water.  We would also like to thank BluePump and Swe-Gam for aiding Jeremy and the Lifewater effort.  Jeremy also enlisted some of his friends and family through a successful Global Giving Campaign to pay for the entirety of the Phase 3 projects.  Kudos, and hats off to Jeremy Mak.

Some of the Phases of this wonderful program, as well as the earlier projects below, still need donations to recoup the funds Water Charity used to pre-fund them, so please consider helping us do more projects like this. 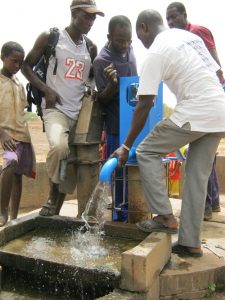 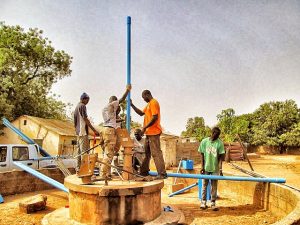 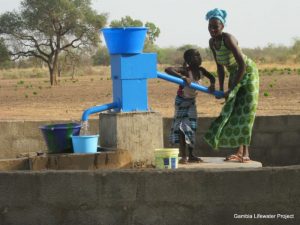 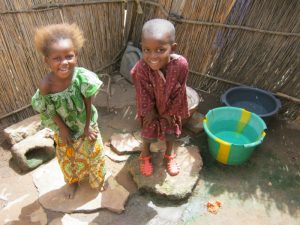 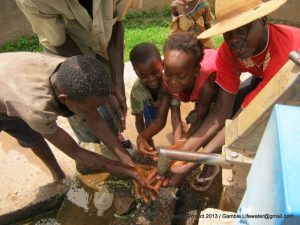 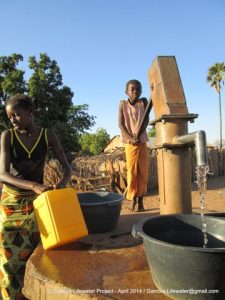