The Engine is Out

The Engine is Out 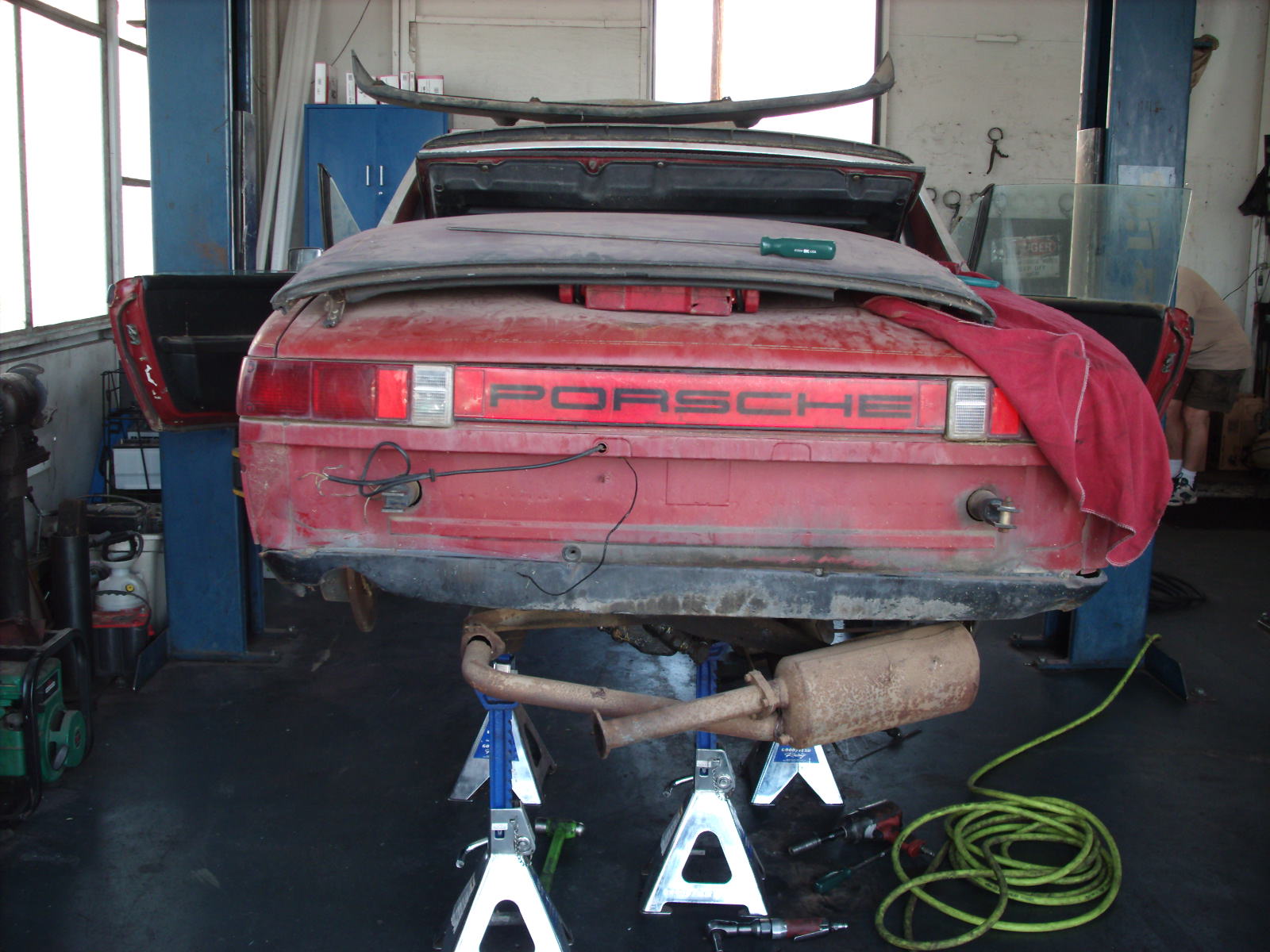 We took delivery of the car at Redtop Auto in San Bernardino. Bill Kirschner, the owner, is very committed to the cause. He and his technician Melissa are doing the heavy work.

The Porsche was driven from 1975 until the early 1980s, at which time it was parked in a field, with only 66,000 miles on it. Needless to say, it became the home to a lot of critters and was in pretty poor shape when we got it.

We took the chrome wheels off and sent them out to be polished. We bought new tires. They are a compromise, based on the fact that we will be driving the Porsche in the mountains on slick roads in bad weather. Ideally, electric cars should have tires with low rolling resistance so as not to impede performance and range.

Bill and Melissa undid the engine bolts, cut the wires, cables, and tubes, and supported the engine on stands. Then, they lifted the car off the ground, leaving the engine behind.

The engine compartment is being degreased, and the car is being sent to the paint shop. We’ll keep you updated.