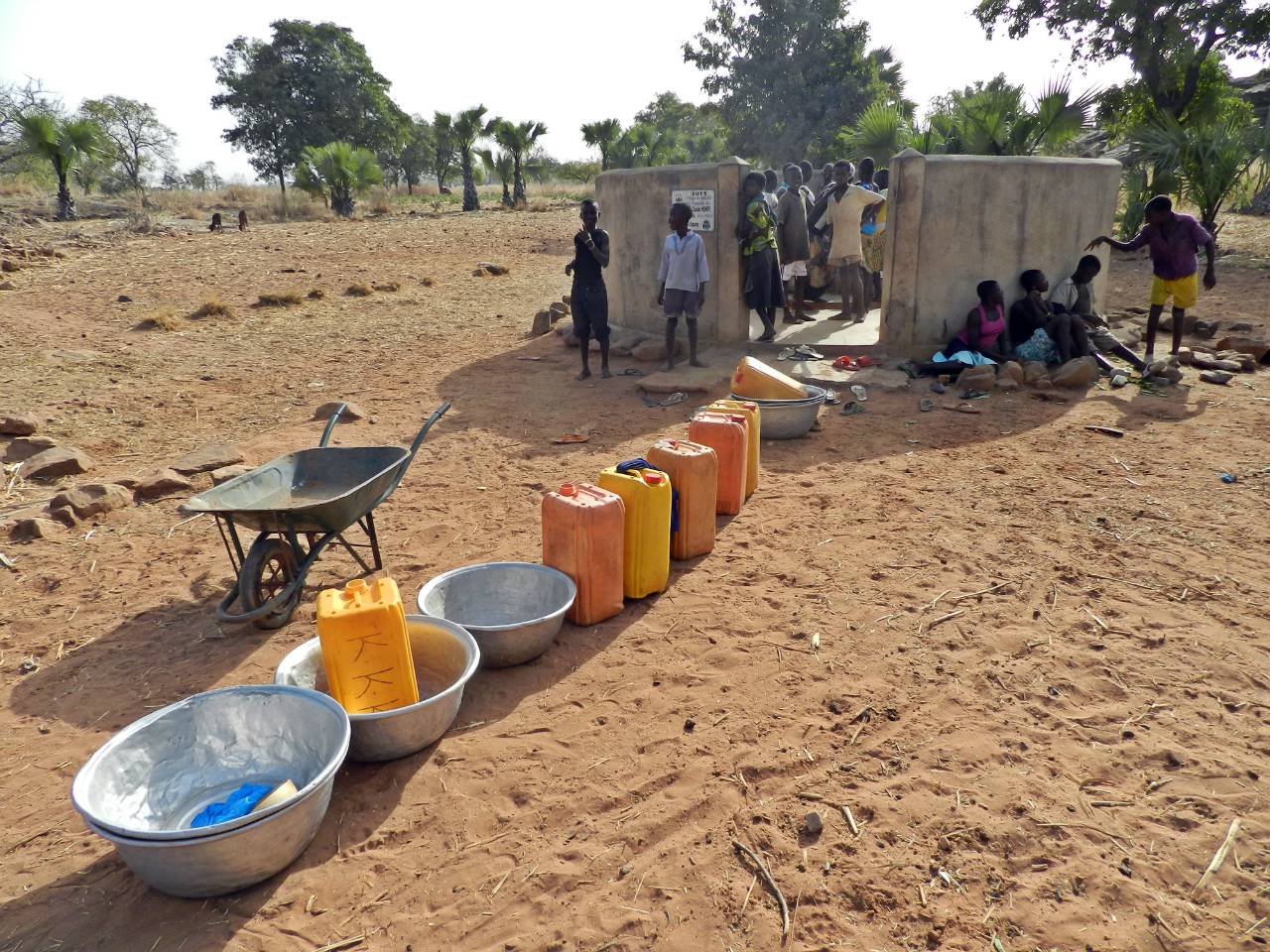 Community Description
The village of Xxxxx is a beautiful village located in northern Togo. With about 1,200 people living there, it is a somewhat large village, although it still has few amenities. Located about 450 meters above sea level and with cliffs on two sides, the village offers stunning views of the other plateaus in the area as well as views of the city of Dapaong and Ghana, some 15 miles away.

The people are very hard-working. Most of the houses are built with mud bricks and are covered with corrugated tin or traditional thatched roofs.

The village also hosts a site listed by UNESCO. In the 18th and 19th centuries, villagers built clay jars in a cave on the side of the cliff to store food and to seek refuge in when people from the south would come on slave raids. The site is still in fairly good condition, with about 150 intact jars, which the villagers are very proud of.

During the rainy season, the village resembles a paradise. Small streams run through the village, some of which cascade off of the cliffs as waterfalls, and the entire village is carpeted in the bright green of growing corn, beans, and millet. While nearly everyone is busy working in the fields, they have also been able to start some gardens and conduct reforestation projects in village. 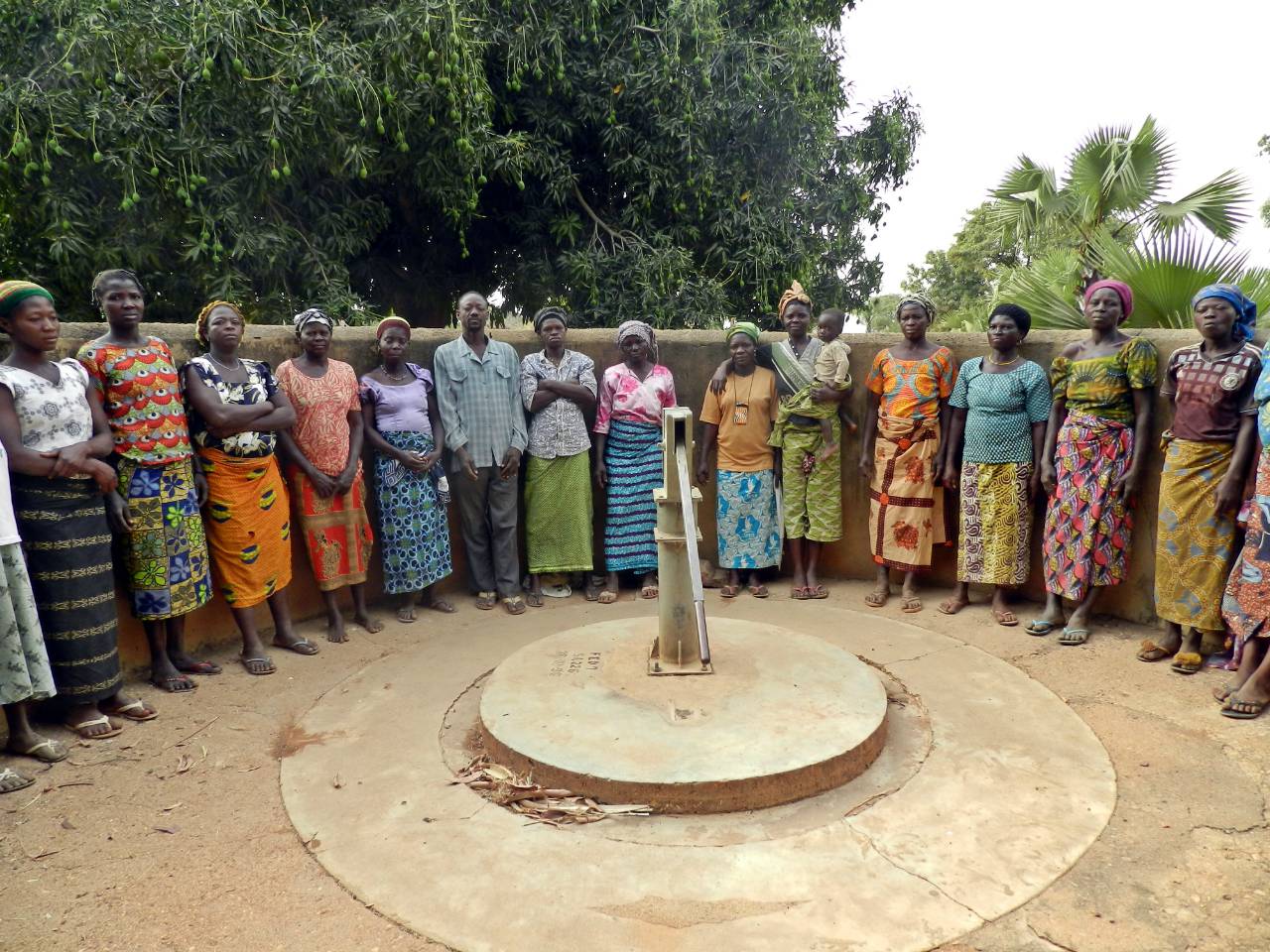 During the dry season, however, the whole village dries up and dust swirls through the air. During this time, most people in village relax and prepare for the coming growing season. However, construction of houses, as well as latrines, also takes up a significant amount of time.

Problem Addressed
As the village is located on an isolated plateau in the Savannah Region of Togo, water is a near constant issue. Even during the rainy season, most villagers gather water from shallow wells or ponds, which is usually not treated and therefore leads to a large amount diarrheal sickness and digestive problems.

During the dry season from October to June, many villagers end up having to wait four or five hours just to get one bucket of water. Many will go down at night in order to decrease the wait time, but then have to walk a kilometer up a rocky path while balancing a heavy bucket full of water on their head, often without a flashlight. For this reason, the villagers consistently say that the problem of water is the most pressing for the village.

Due to unsustainable agricultural practices and the need for firewood, the area was largely deforested in the past. This has led to a large amount of wind and water erosion which has decreased the quality of the soil. As there are few trees, many streams in the village that used to run year-round are now only seasonal. There is also a lack of fodder for livestock and the temperatures are often hotter and more variable due to the lack of shade. 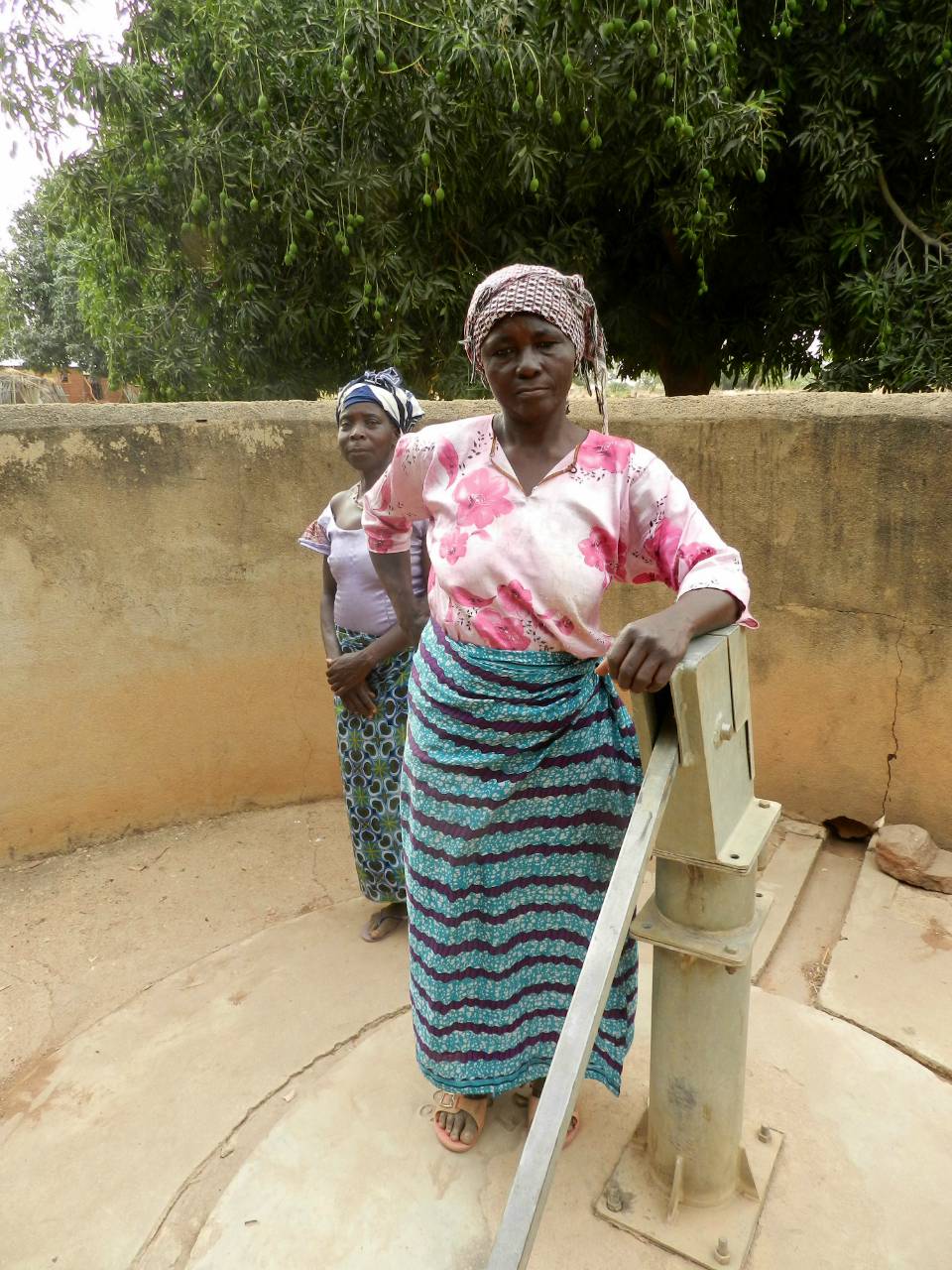 Project Description
This project is to renovate the borehole and install a new handpump. In addition, a tree nursery and reforestation project will be implemented.

The Xxxxx Water Committee will invite a local mechanic to help take out the old, broken pump. Then a group of technicians will come up to the village to pump pressurized air into the pump borehole, to help remove the dirty water and ensure that water from the water table is quickly entering into the borehole.

Next, the technicians will test the pump to determine the quantity of water that can be pumped per hour to ensure that the villagers do not excessively use the pump. By following these recommendations, the Water Committee will help ensure that the pump will remain working for a long time.

After that, another group will come up with the new India Mark II handpump. Working with the villagers, they will disinfect the borehole, install the pump and verify that it is working properly.

Before the actual repair of the pump, the Peace Corps Volunteer will have several meetings with the already-established village water committee to determine the best way to manage the pump. Several people will be selected to open the pump at certain times, so that villagers can get water for construction, gardening, or household use. They would likely charge something around 10 francs CFA (about 1 cent) per bucket and 25 (about 2 cents) francs CFA for a large water basin, as is the practice in other villages. The money gained from such fees will help ensure that the pump is regularly maintained and that it can be quickly repaired when needed.

The members of the committee will also be trained in responsible fiscal management. After the system has been established, they will hold a meeting with village members and the village chief to explain the process. Additionally, working with the village community health agents, a training will be given on the importance of hand – washing as well as how to properly treat water and how to construct hand-washing stations.

At the same time, the villagers will be working on the reforestation aspect of the project. Beginning in February, they will start collecting tree seeds. At the beginning of March, they will plant the tree nurseries and begin to water them. This will ensure that the trees have a chance to sprout and grow to a good size before being planting when the rains start in June. This way, the trees will be well established by the end of the rainy season in October. As there are two villagers who already have established tree nurseries, about 400 trees total will be purchased from them in order to support their efforts. 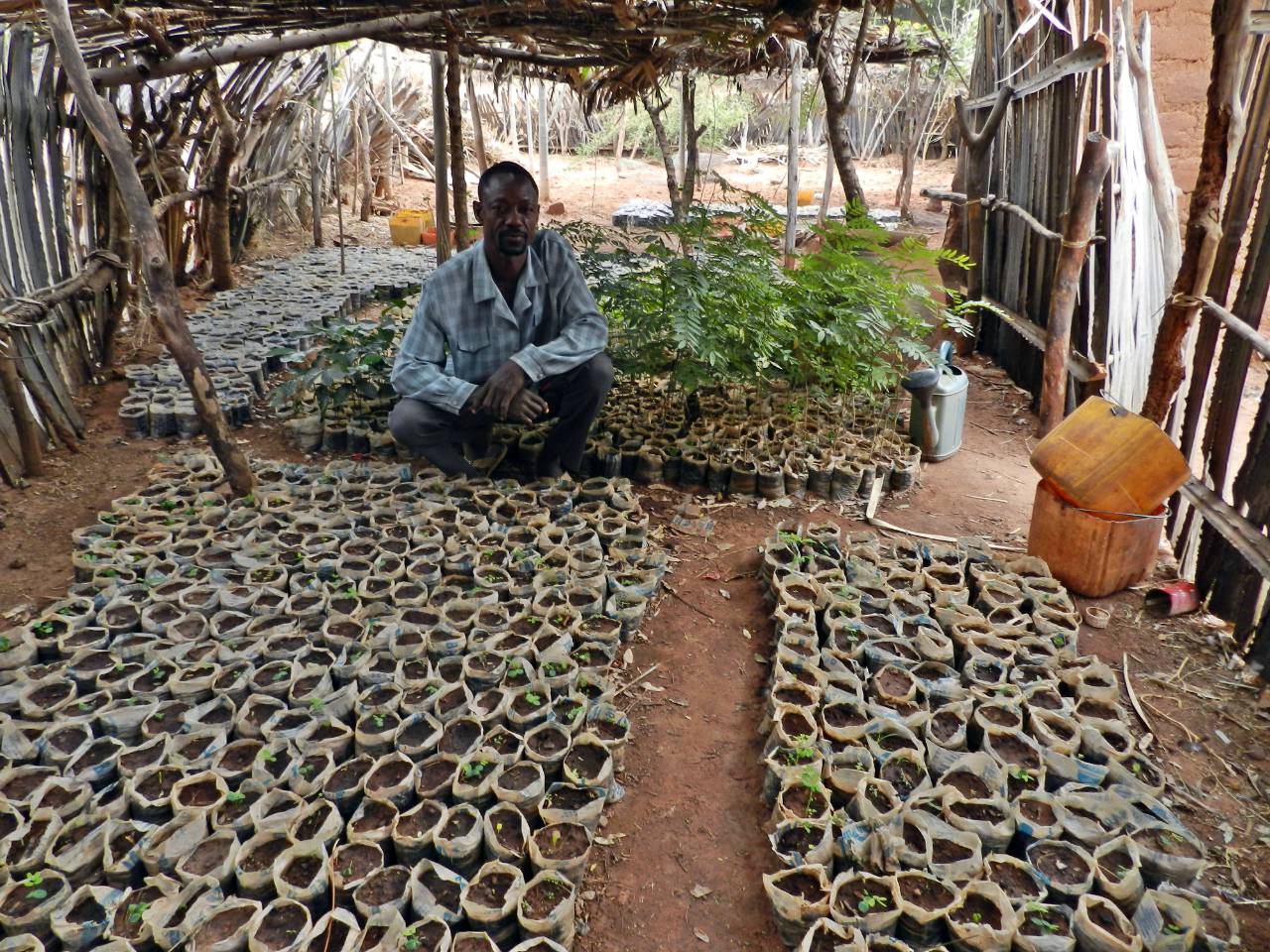 Villagers will again be invited to attend a meeting to discuss the importance of planting trees, the environmental issues of the area, and be shown how to establish tree nurseries. From these meetings, at least 20 villagers will be chosen and will each be responsible for setting up a nursery of 20 trees, which they will donate to the project.

The total of 800 trees will be used to reforest approximately two hectares of land, with trees being planted about five meters from one another. Attention will be paid to plant trees near existing rock lines in order to help reinforce them and help create terraces. After the villagers have planted the trees, they will be responsible for finding spiky branches and other protective enclosures to protect the trees to ensure that they can make it through the dry season.

Project Impact
1,200 people will benefit from the project.

Monitoring and Maintenance
The Xxxxx Water Committee, will collect pump fees and use them to maintain the pump and repair it when needed.

The project will be monitored by the Peace Corps Volunteer to ensure that it is properly implemented. Weekly meetings with the Water Committee will be held to resolve any problems.

For the reforestation part of the project, the two villagers who have established tree nurseries will be responsible for supplying and maintaining 400 trees. As this will be a large responsibility, 400 sturdy tree protectors will be purchased to facilitate their work. As for the other 400 trees, as each villager will be responsible for only 20 trees each, they are expected to make their own tree protectors with local materials.

Donations Collected to Date
$2,500 + additional funds for other projects.

$0 – This project has been fully funded through the generosity of the G3 Foundation, of Costa Mesa, CA, USA.  Additional funds have been contributed by the friends and family of Peace Corps Volunteer M. Curcio

Additional donations will be allocated for other projects in Togo.