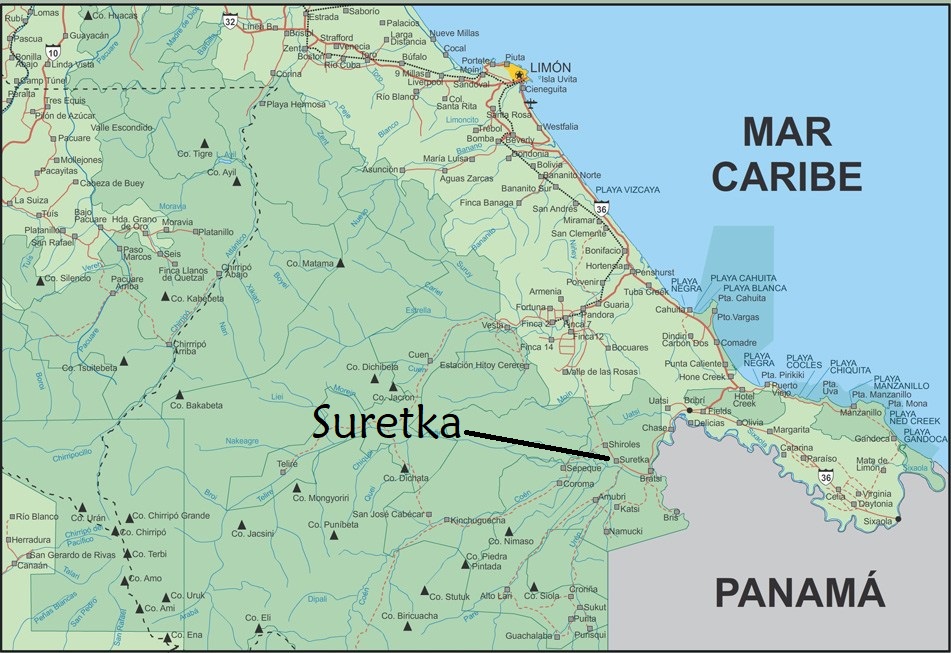 Community Description
Suretka de Talamanca is a town of about 1,000 people that lies on an indigenous reserve in the second least developed canton of Costa Rica. The population is primarily Bribri and includes a smaller mix of black and white inhabitants.

Suretka’s economy relies on the cultivation of bananas and plantains. It serves as the unofficial capital and seat of government of the Bribri Indigenous Territory. As with many indigenous areas, the population faces higher rates of poverty and social and development issues, such as alcoholism, teen pregnancy, and drug addiction than other non-indigenous areas.

The local municipality and government have failed to provide the town with a water system that would serve as a reliable so urce of potable water. Community members are often sick from drinking the water without first purifying it through boiling or other measures. Water only runs for around 8 hours a day, meaning that personal rainwater tanks are necessary, yet unaffordable for most. The town has sought to better its situation through an Aqueduct Committee which works hard, but is poorly funded.

The current water system was built by the Dutch Embassy in 1997 and was designed to last 20 years for 100 families. Suretka has already passed 100 families and the system is now 16 years old.

The current capture dam where water enters the aqueduct includes a small cement wall and a filter box to sort out leaves and other large waste particles. From there it flows through three kilometers of eroding metal tubing into two water storage tanks which are emptied during the day and filled overnight.

There is no purification process and a slow sand filter is just now in the process of being built. The water is distributed through town by tubing.

Project Description
This project is to replace the capture dam that supplies water for the community. It represents the first part of a larger program intended to provide potable water to Suretka. The sequence of projects is as follows:

The work will include taking out the old, small, and eroded capture dam and replacing it with one that will sustain flooding, rainfall, and earthquakes.

The point on the Rio Cocolis where the capture dam will be built lies approximately 3 kilometers from the road and storage tanks.

Water Charity funds will be used to purchase materials, including 25 sacks of cement (50 kilos each) and around 20 bars of rebar (6 meters each), and to transport them to the community by truck and horse.

The project will be implemented under the direction of the Aqueduct Committee of Suretka. Consulting will be provided by its President, Nidia Valladares, who has already gone through the process and has the necessary experience and know-how.

The work will be done by members of the community who will donate their time and labor in order to carry out the project. Total duration of the project should be no more than 15 days.

Comments
This project will put Suretka on the track to building and improving an aqueduct that has the capacity to supply its rapidly growing population for many years to come.

Dollar Amount Needed
$0 – This project has been fully funded.  Please contribute to our next project.