Water Charity and the National Peace Corps Association are pleased to announce a new program designed to help the people of South Sudan by rebuilding and restoring wells across the country.  The program began with the ten wells you will find listed below, which are already completed, as PHASE 1 in the Tore region. We plan on completing as many more well rehabs as we can get funding for. To this end, we have already begun with PHASE 2 in the neighboring region of Yei (more info #below).

Donate to help us do more projects in this program.  There are hundreds of wells that need rehabilitation… possibly thousands!

This is a country that we have wanted to work in for some time, but until now we had found it too difficult… especially in light of the fact that our normal partners, the Peace Corps, have no presence there.

South Sudan is not only the “newest” nation in the world (having broken off from Sudan after a long and bloody civil war that ended in 2005 and saw them achieve independence in 2011), but it is also among the very poorest.  Water issues in the entire region are critical, and the people of rural South Sudan often have to wait in line for water with their Jerry Cans for days when water shortages are most extreme. This is a situation which has led to the breakup of many marriages, due to husbands not understanding why their wives have to be gone so long just to get water, and assume them to be unfaithful.

South Sudan has suffered a lot of internal conflict since its independence; it now has the highest score on the Fragile States Index (formerly the Failed States index).

The Honorable Bidali Cosmas Wori-Koji, Commissioner of Yei River County has given Water Charity, and our partners Water Is Basic, permission for drilling and rehabilitation of boreholes in Yei River County, South Sudan.

Each of the villages delineated above will be a separate project under this program.  Furthermore, after these ten communities in the Tore area are served, Water Charity intends to continue 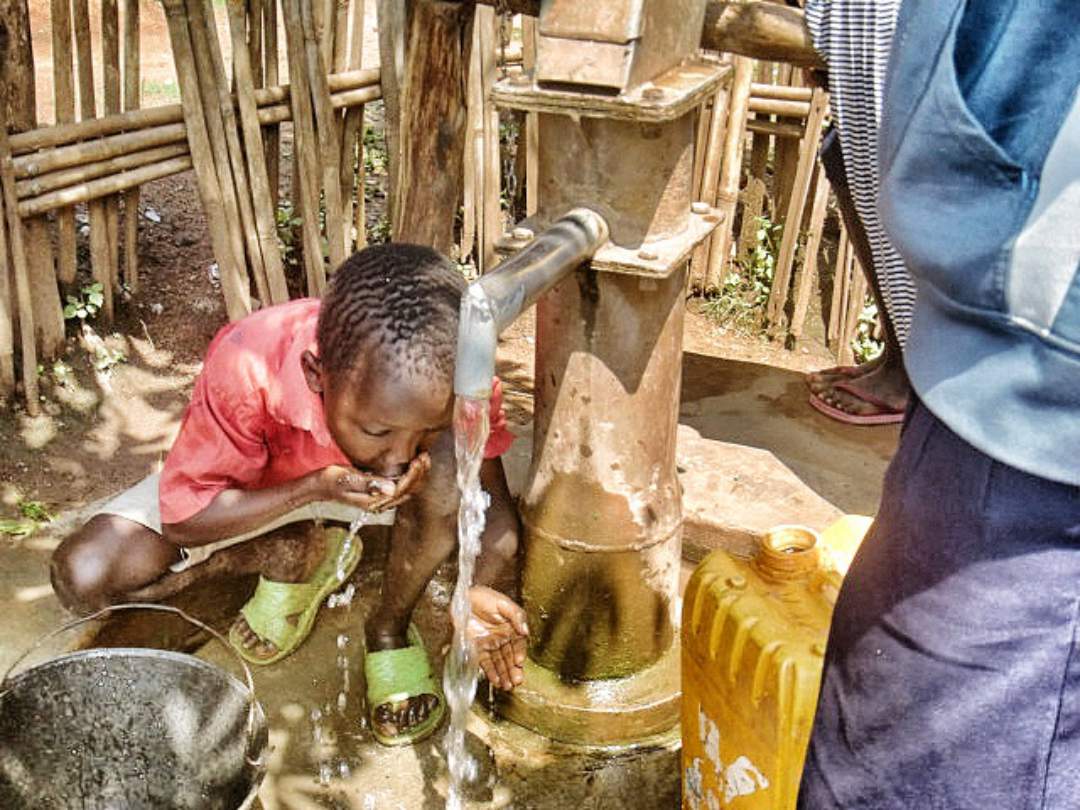 the program in other needy locations. Water is, and remains, one of the most crucial issues of concern for South Sudan.  People resort to drawing water from muddy pits, and are subject to a large variety of waterborne illnesses.

Eighty percent of people in South Sudan’s hospitals are sick from drinking dirty water. According to the United Nations, waterborne diseases kill four children worldwide per minute.  Women and children are the most vulnerable. According to USAID, one in every four children born in South Sudan dies before the age of five! Half of those deaths are from water-related illnesses that are easily preventable.  Every day, Sudanese women and children spend hours bringing water to their families. Some are attacked by wild animals on their journeys, while others are robbed or raped. Time spent hauling water robs children of formal schooling while increased rates of malnutrition, anemia, and scoliosis rob them of their health.

South Sudan is a broken country. The infant mortality rate is 136.3 per 1,000, and maternal mortality is the highest in the world (South Sudan Medical Journal). It has the highest malaria burden in sub-Saharan Africa (Malaria Journal). South Sudanese live on less than $1 a day.

There has only been ten years of peace in the region since 1956, which has resulted in a lack of infrastructure. More than 2 million people have died, and more than 4 million have become displaced or refugees. In 2014, the UN High Commissioner for Human Rights reported that more than 9,000 child soldiers have fought in South Sudan’s current civil war… to say nothing of the hundreds of thousands that have been forced to fight before Independence.  Prior to the 2005 peace, the world watched as Sudan’s Muslim north waged a genocide in the region of Darfur, a predominantly Christian region north of the current border.  Many of the refugees from this crisis fled south into what has now become the sovereign, predominantly Christian nation of South Sudan. Darfur remains part of Sudan, but the world’s attention has faded from the region, and most people have little idea of what is happening in Sudan or South Sudan anymore.

The current political crises in South Sudan (since 2014) has cost 10,000 lives and displaced 1.5 million people who are now dependent on streams, rivers and puddles for their daily water supply. More than 2.5 million people are in need of urgent help with their water situation.

Water Charity Gets Involved:
With this program, ten existing wells that are currently nonfunctioning will be rehabilitated.  Each of the wells will have their own project and conclusion pages, which you will find below as they are ready.

The objective of well rehabilitation is to improve well performance, increase well capacity, clear silt deposits built up in the well, remove mineral build up encrusted on the pump screen, and repair or replace existing pumps.  This is a way of utilizing work already done in order to provide clean water at a lower cost.  By repairing or replacing hand pumps, we can serve as many people as a new well would at a fraction of the cost. 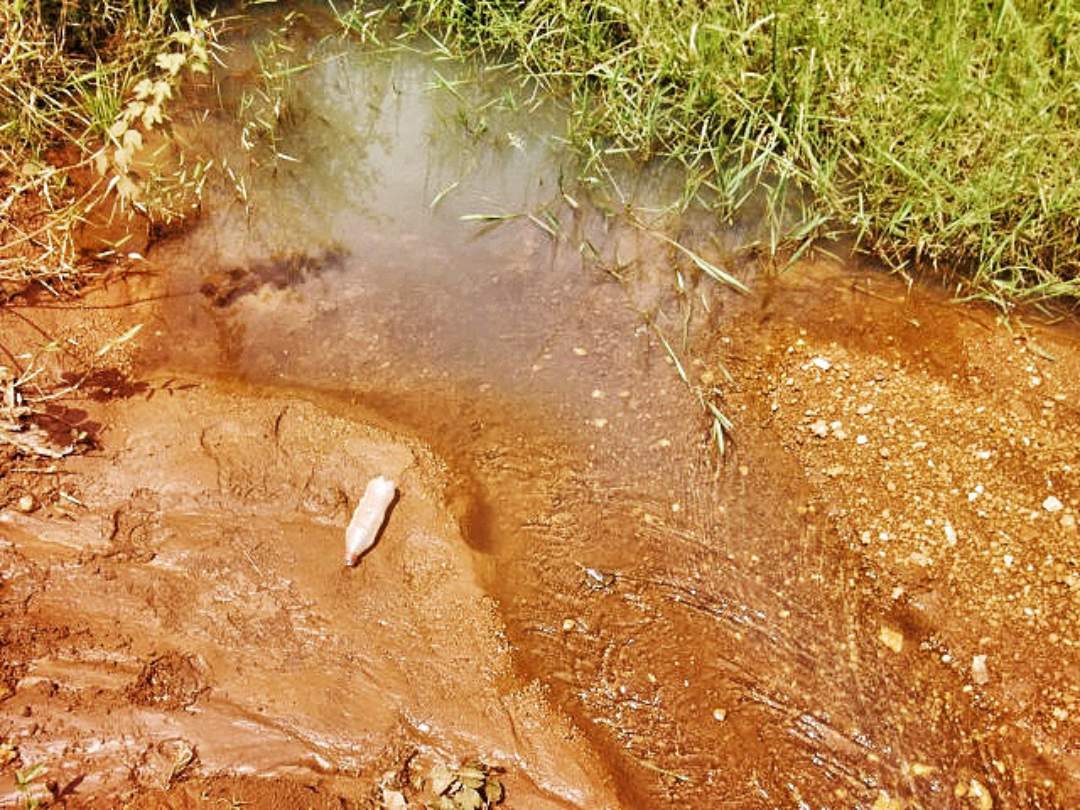 There is a need for, and capacity to do, as many as 100 well restorations per year… or more.  South Sudan is Water Charity’s 66th country of operation, and is a very important milestone for us.  Being able to do meaningful work here, in what is clearly one of the most needy places on Earth, means a lot to us.

Water changes everything. As the Sudanese people are able to access clean water, they have witnessed a transformation of health. Death rates fall.  Education rates rise. Access to food is increased, and local economies grow.  Ancient conflicts over water rights and access become obsolete. Peace sweeps through areas where water shortages once caused civil war and conflict. 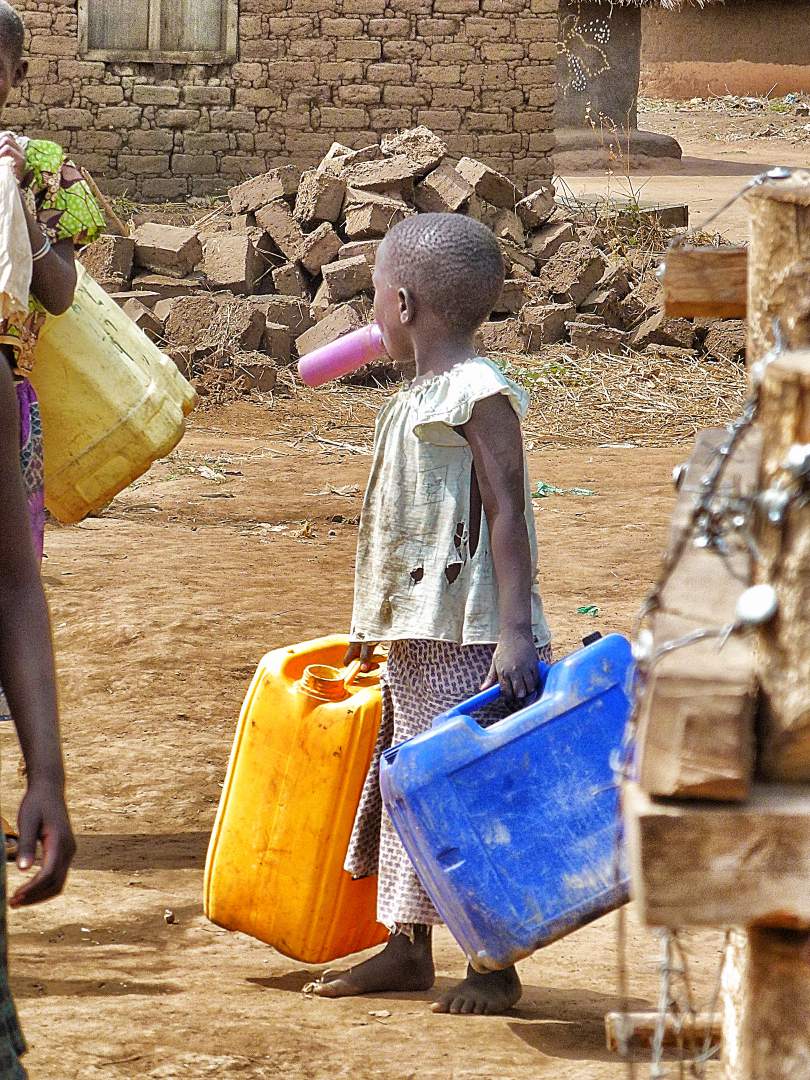 Program History:
In August of 2015, Water is Basic funded a well hand pump repair workshop in Tore Payam of Yei River County of Central Equatorial State, South Sudan. This project aimed to train/retrain hand pump mechanics, educate water user committee members, and repair10 broken hand pump/wells. There were 7 total participants. The first 2 days were devoted to hand pump repair classroom held at Tore Catholic church Tore Payam.  Lessons included hand pump parts/functions, proper tool/procedures, troubleshooting, and well maintenance. The teachings were fun and interactive; there are mixtures of new and returning participants. The next one day was perhaps the most important addressing the “software” They focused on borehole management, covering topics such as community ownership, source protection, and managing finances. This included each borehole’s own water user committee, usually consisting of seven or nine members each. All water users’ committee members made their own by –laws and set household water user fees, usually about $0.10 (35 SSP) per month. 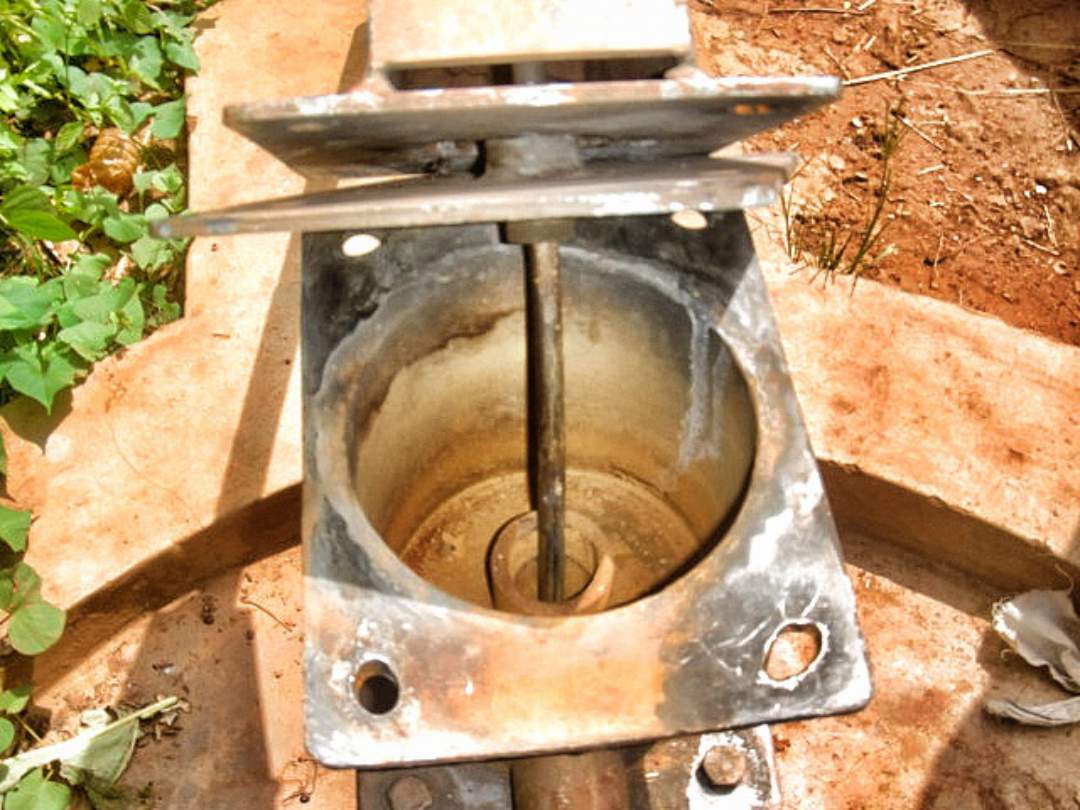 The remaining 3 days were all spent in the field, repairing the hand pumps and promoting proper hygiene. The participants were very eager to get real experiences to develop skills that complement their new knowledge. On the areas of hygiene promotion the participants are trained on the mode of diseases transmission, washing hands with soap or ashes, and clean water storage. All activity created quite a buzz, with decent sized crowds watching the technicians work, listening to the hygiene promotion, and performing tasks needed for the well (like cleaning the surrounding grass, picking up trash, and fencing the building sites).

The most common mechanical problems were worn out cylinders, pipes and rods.  Other problems included broken handles, chains, pump heads and concrete pad repair.  The participants had a chance to practice a wide variety of repair techniques during the workshop.  The whole workshop ended with successfully repairing all 10 hand pumps and equipping their water user committee with the knowledge to operate and maintain them. As a result, an estimated 760 households in Morobo County now have access to clean water. Also 9 hand pump repair technicians have built both hardware and software skills to make a difference in the Payam (county).

Summary of Program Objectives:
Water Charity intends to expand on the capacity to do good work that our friends Steven Roese and WIB have managed to achieve with this training and well rehabilitation model.  It appeals to our innate sense of economy of scale, efficiency, and high “bang for buck.”  We sincerely hope that via this partnership, we can change the lives of many people struggling in this newest nation on Earth.  At the very least, we can remove extreme water and sanitation issues from among their problems. 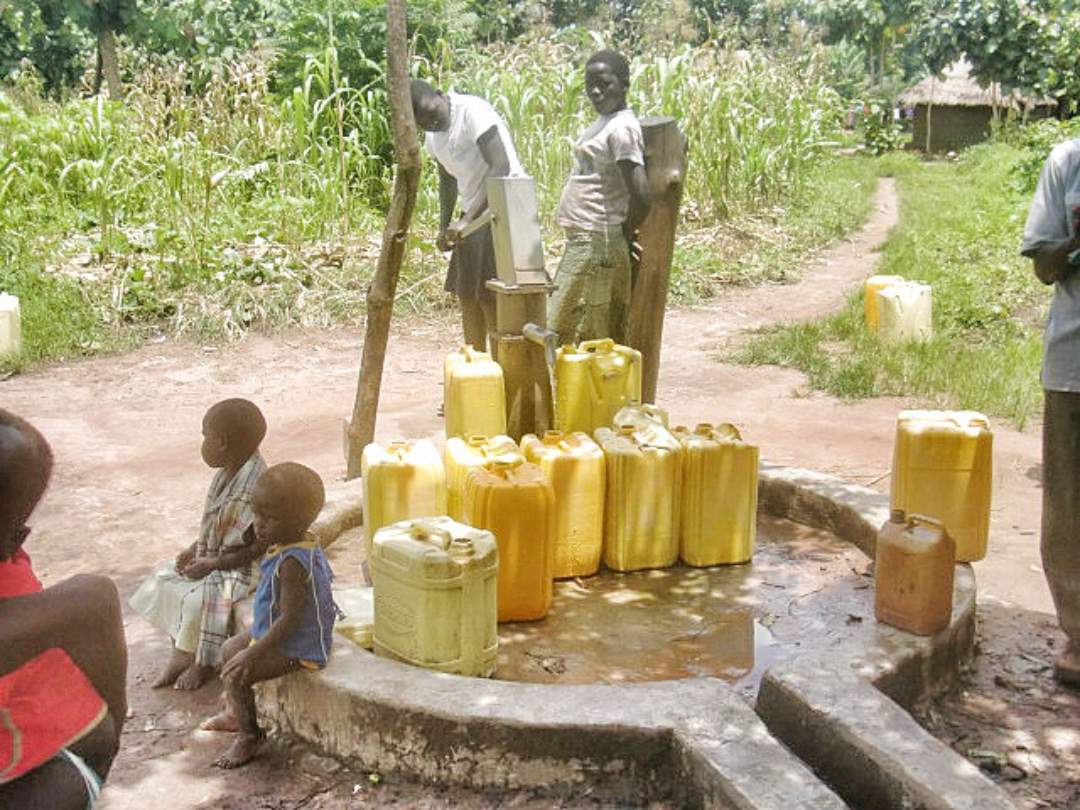 Being a new nation, born of war and strife, the resilient and proud people of South Sudan have a lot of work ahead of them to catch up to their neighboring nations like Ethiopia and Uganda. Many of the people in South Sudan even share cultural and linguistic ties to their neighbors… countries where Water Charity has already done a significant amount of work.  We even have a similar program going in Ethiopia at this time, the Ethiopia Well Rehab Program, which we are confident that this program can replicate.  In time we would like to replicate the successful borehole drilling operations we are doing in the Ethiopia Borehole Program in South Sudan as well.  All this takes is funding.  Please consider helping us with this very important work by clicking the donate button below.

Water Charity is pleased to announce that PHASE 1 of our South Sudan Well Rehab Program, has been successfully completed… and all 10 wells rehabilitated, plus the bonus 3 for a total of 13 wells repaired!  This program began with the region of TORE, in the Central Equatorial State where renewed violence has made it difficult for us to chek up on the communities.  When the security situation is better, we will get back to these sites, and post updates.  Meanwhile, we are continuing with multiple well rehabs in Yei County where many are displaced from the last 2 years of violence in Unity and Jonglei States. The next 10 well rehabs under the program will be in Yei, where the situation is currently safer, and closer to the base of WIB operations.

Read about PHASE 1 by CLICKING HERE. 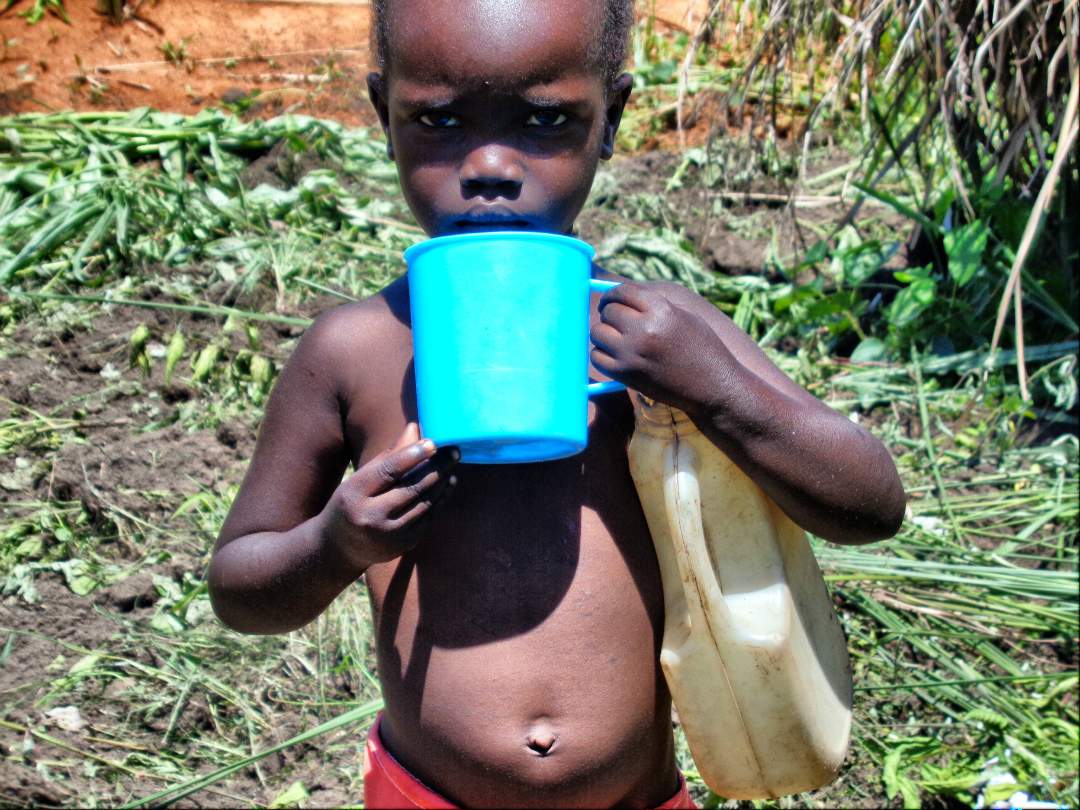 Phase 2 has begun and is underway in the Yei Region of South Sudan, along the Yei River.  Water Charity and Water Is Basic have decided to focus on this region of relative stability while the Tore region of Phase 1 remains inaccessible due to civil war outbreaks. 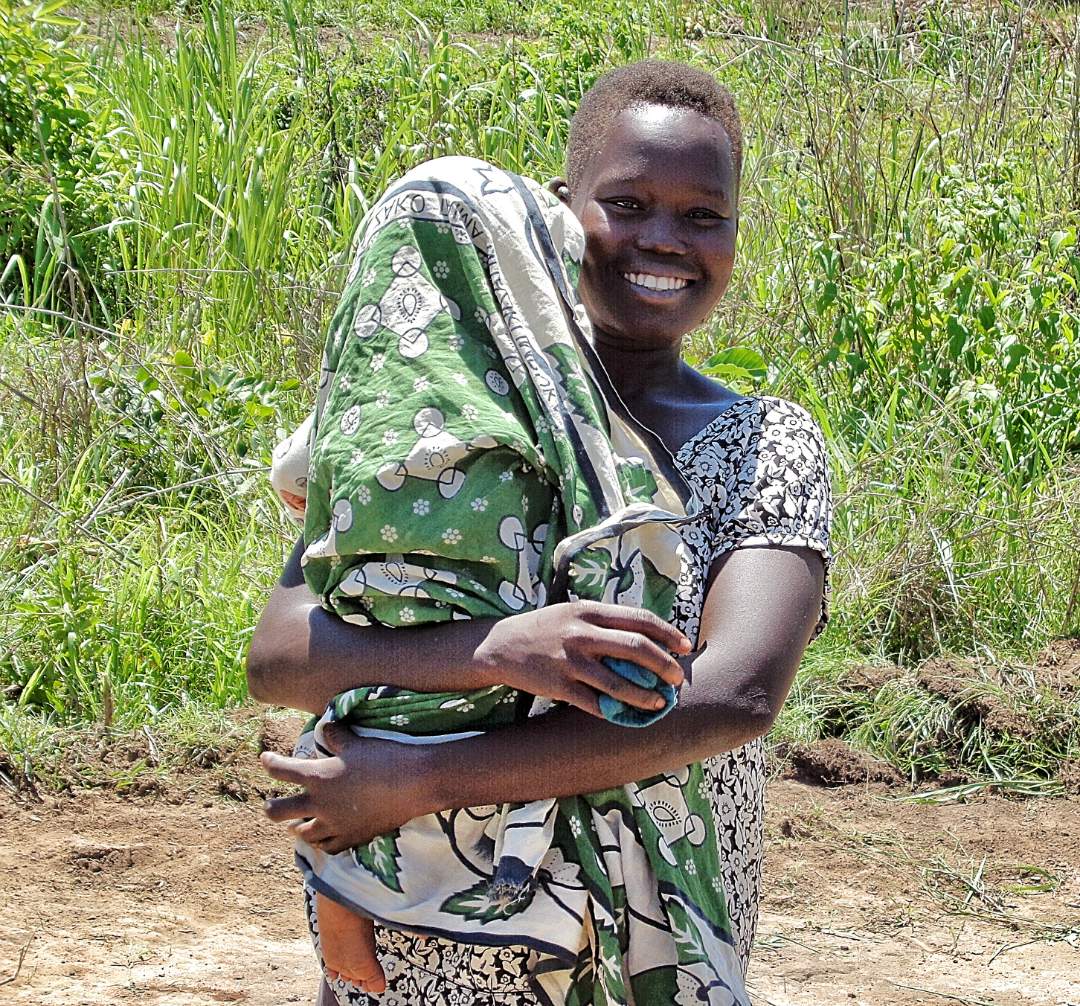 Phase 2 is already doubling the size of the program, and we hope to do many more projects as they are feasible.  The rehabs there are being done as they come, and can be followed by clicking the individual well rehab links below.  At present we have initiated projects to repair wells in Abegi, Lomulule, Bor Dinka, Loggo II, Illimoko, NTC, San-ji-Sari, Zezira II, and 2 wells in Marakonye​.

​​*UPDATE* – We are happy to report that all 10 of these wells have been repaired now.  We will be posting conclusion reports for them as we are able to gather the data, and sort through the pictures etc. Conclusion reports, videos and annecdotes from the field are coming in and being ammended to the project pages, so check back.

We would like to expand on the success of Phase 1 & Phase 2 by expanding this program three or four times larger if possible.  Please help us do as many well rehabs as we humanly can by contributing to this program.

This program is made possible through the partnership of Water Charity and the National Peace Corps Association. 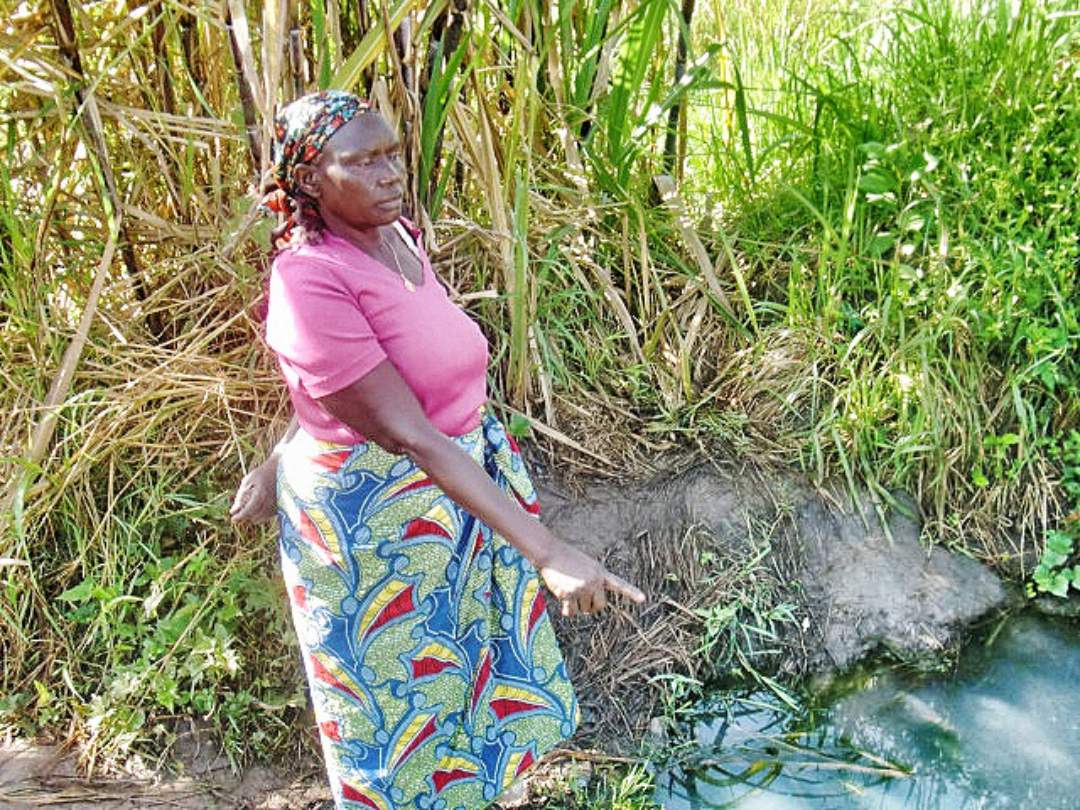 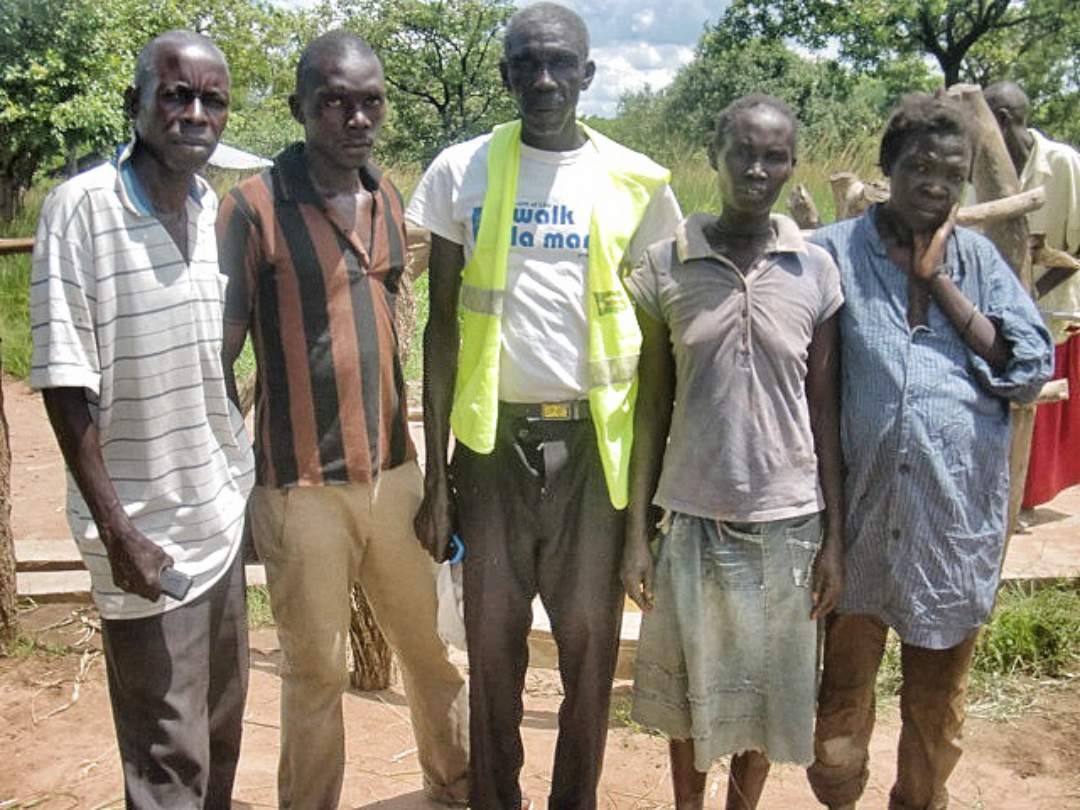 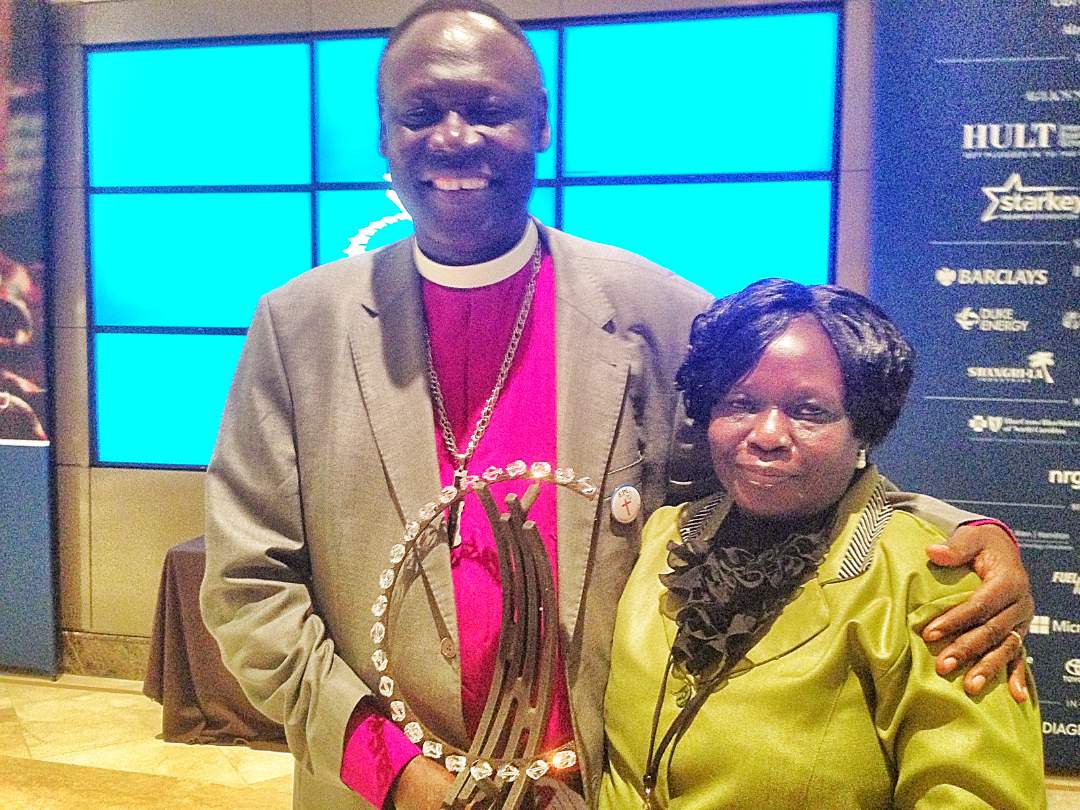 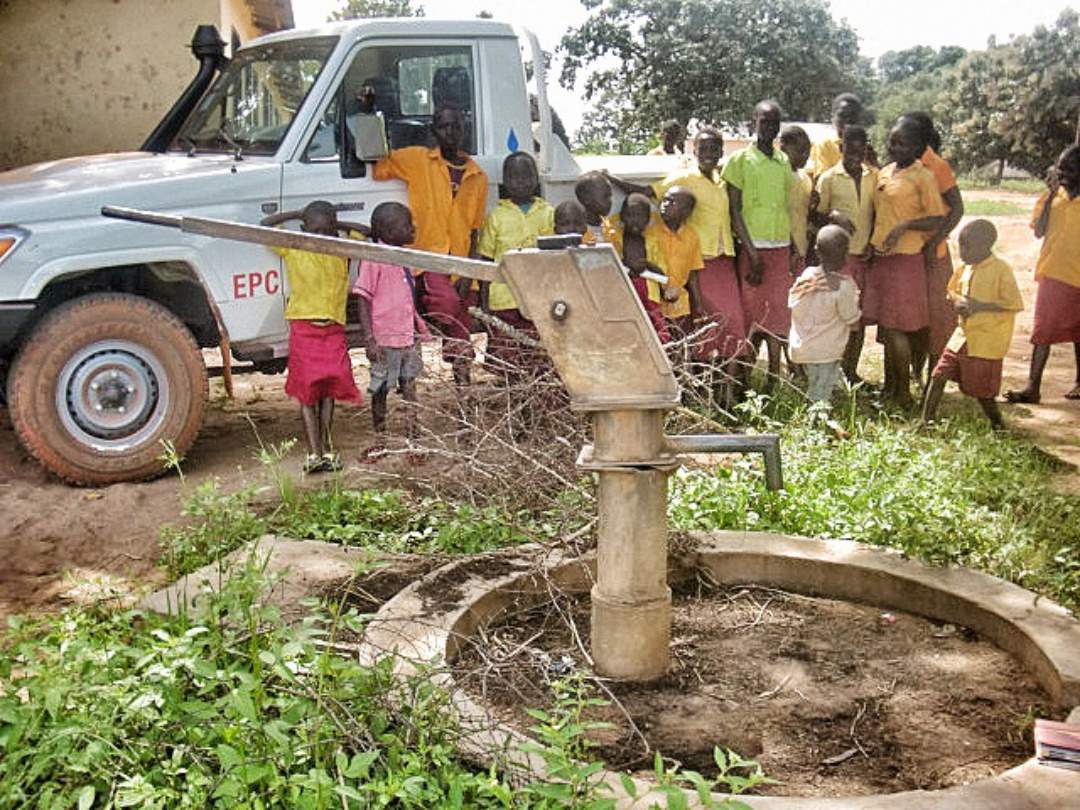