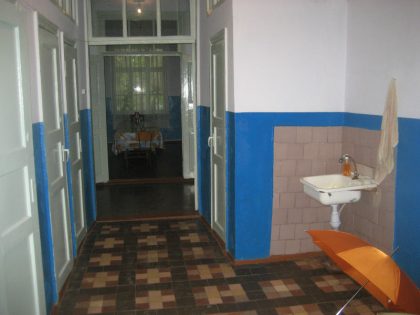 Community Description
The village of Carahasani lies in the extreme southeast of the Republic of Moldova, 7 km off the main road to Odessa, Ukraine at a point where Moldova is only 15 km wide. The larger district of Stefan Voda itself is highly isolated, surrounded on three sides by Ukraine and the breakaway region of Transnistrea.

Carahasani has an official population of 3,000, but estimates put the reality closer to 2,000. Over 3 hours from the capital of Chisinau and close to the border as it is, Carahasani – and the wider raion itself – is relatively isolated in Moldova. 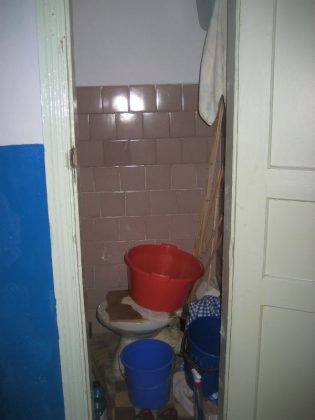 The region’s primary economic base is agricultural, with the region being particularly known for its wine. In combination with its remoteness from modern urban employment opportunities, the Russian wine embargo and the general decline of agricultural export have led to a higher than average outward migration rate from the district. As a result, the village’s population is aging, and a great number of elderly persons have been left without sufficient care.

The soup kitchen “Concordia” assists this population of socially vulnerable and isolated elderly. The kitchen was opened June 10, 2010 in the south wing of the Health Center “Andrei Prisac”. The kitchen began with 30 beneficiaries, but now has 65 who eat lunch there once a day during weekdays. Presently, 30 beneficiaries eat lunch in the cantina, while 35 are brought meals at their homes by kitchen staff.

Isolated and socially vulnerable elderly in Moldova’s rural countryside face a staggering array of health challenges. Before the opening of the cantina, they did not have a proper nutritional regimen, and many remained at home all day.

While the kitchen now helps mitigate the nutritional challenges of its 65 beneficiaries, it would like to expand to a more holistic approach to assisting its beneficiaries with the many health challenges that remain. 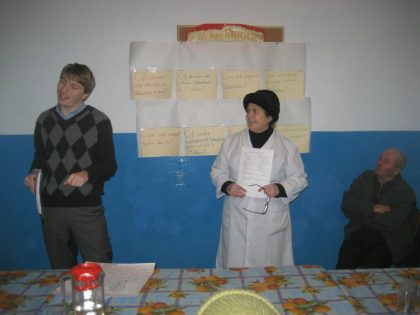 Project Description
This project is for renovation work at the soup kitchen to include the installation of 2 showers (male and female), a sink, a toilet, and a washing machine.

There is an adequate space in the corridor of the cantina where there were previously showers and a bathroom but are now in disrepair. The soup kitchen’s sector of Carahasani already has running water and the Health Center already has proper sewage. Consequently, the space is readily suited to a sanitary block. Presently existing resources (water, sewage, and tile) result in a low overall project cost in comparison to the anticipated results.

The work is primarily being completed by kitchen staff, who are volunteering extra time for the project, and the PCV in conjunction with his health education partners (for project planning and seminar components). The husband of the kitchen director is assisting with the construction and transportation of materials. Finally, a constructor will be paid a small amount using project funds for the installation of the technical (plumbing) components.

The remainder of the money will be used to purchase piping, showerheads, water taps, a toilet, a sink, tile adhesive, an electrical outlet and related wiring, and an electric water boiler.

The project has been guided by a committee that includes the kitchen’s director, the PCV, a nurse, a health education teacher, an accountant, and a construction specialist. The mayor’s office has been involved, and throughout the process, the kitchen’s beneficiaries have been directly engaged in all elements of the project design.

To raise the hygienic level, the project also includes an educational element with seminars every three months. The first seminar was conducted in the winter, in conjunction with a needs assessment. Through these seminars, the elderly will have an opportunity to learn more about personal health.

Furthermore, this is something for them to do with their time, thus serving the cantina’s mission of combating social isolation and improving social health. Additionally, one workshop will be conducted for the kitchen’s employees on how to promote proper use of the block among beneficiaries.

All seminars will be taught by Galena Prisac, the PCV’s primary nurse partner at the Health Center, in collaboration with the PCV and assisted by Olga Ciobanu, one of the PCV’s partner health teachers at the school.

After the construction component of the project has been completed, every beneficiary will be required to wash their hands before and after meals. Beneficiaries will take a shower once a week and also have the opportunity to have their clothes washed once a week.

The washing machine is being funded separately through a community contribution. It will further help beneficiaries who eat at home, as the deliverers who take them food can also take and return clothes. The workers of the cantina have underutilized already salaried time and will be responsible for running the washing machine.

Project Impact
71 people will benefit from the project, including 65 who receive services plus 5 staff.

Comments
This sanitation project brings about large health and hygiene benefits to a vulnerable and needy section of the population.

Dollar Amount Needed
$0.00 – This project has been fully funded, through the generosity of Michael and Carla Boyle, of Nelsonville, OH, USA.