This project has been completed under the direction of Peace Corps Volunteer Jacob Watson. The project was to build a bathroom at the school. To read about the start of the project, CLICK HERE. 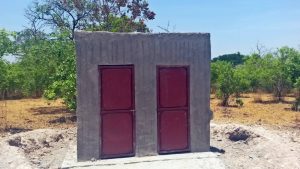 The intention of this project was to provide a latrine for the primary school and reduce the amount of open defecation and increase the sanitation of the school children. The project was initially proposed by one of the teachers who was troubled by the amount of time students were spending outside of class just to use the restroom. The school and subsequent latrine were to serve both the village of Sithian Mamadou Giro and nearby Sithian Siring, with an attendance around 40 students.

The planning and design were researched and implemented by me, in conjunction with the teacher who had first expressed interest in the project. After hearing stories of failure and success from other volunteers and seeing finished latrine projects it was decided to keep with a minimalist design that would maximize the project’s usefulness and longevity. The procurement and preparation for the construction site were done by the village, and took place after funds were obtained and the initial building supplies were purchased. 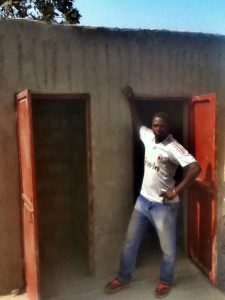 This went smoothly with representatives from both villages coming and completing the work in a single day. Finding a suitable mason for the construction proved as always a difficult task. After a month of searching and two potential options a man from a nearby village was settled on. The time was approaching a big holiday so it was decided to commence construction afterwards.

The first actual day of work on the project the mason in charge failed to attend and instead sent his two sons to begin forming the blocks. With help from the local villages they were able to make a large portion of the blocks that day, however without proper supervision they were of poor quality. I went to see the mason myself and he assured me he had just finished another project and would be present for the remainder of the construction.

True to his word he came the next day and corrected the problem and oversaw the completion of the remainder of the blocks. He constructed two bathrooms with cement floors, one for boys and one for girls. The latrines drained into a septic hole that should have good capacity for years to come. The rooms had a ventilation pipe installed and the roof is corrugated zinc with wooden rafters. The block mold chosen was larger than required meaning the walls are well reinforced and should stand for many years to come.

True to dealings in the bush the project had some delays but overall a solid, functional latrine was constructed and the village is very happy with outcome. Now the children no longer have to choose between going home and losing 15-20 minutes of valuable class to use the bathroom or open defecation.

We are grateful to Jacob for completing this excellent project. 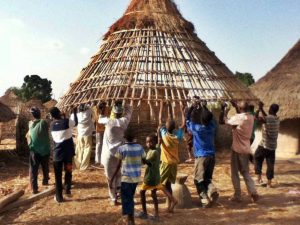 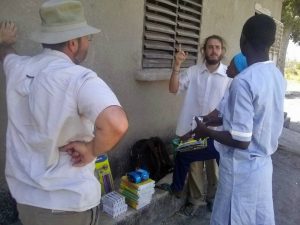 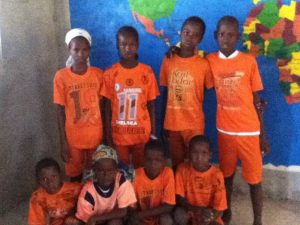 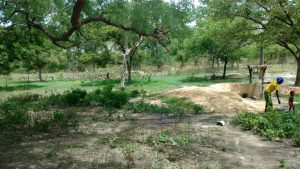 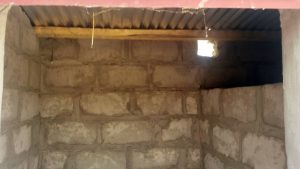 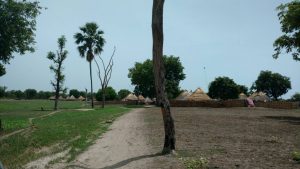 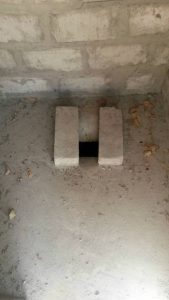 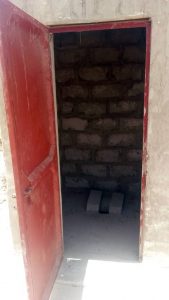