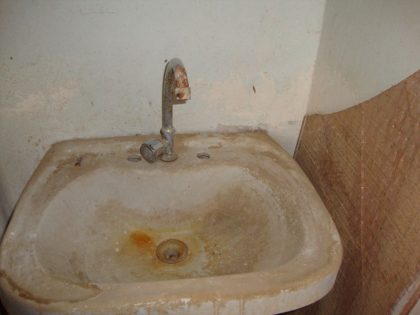 Community Description
Located on the banks of the Oskil River near the Ukrainian-Russian border, Senkiv has a population of 1,200. The community has a single school, the Senkiv School, servicing grades 1-10.

During the Soviet era, the town was known as a scenic holiday destination for both Communist party officials and ordinary citizens alike. A large annual influx of vacationers along with the agricultural opportunities of region’s rich soils saw the community able to support a population of nearly 8,000 permanent residents. 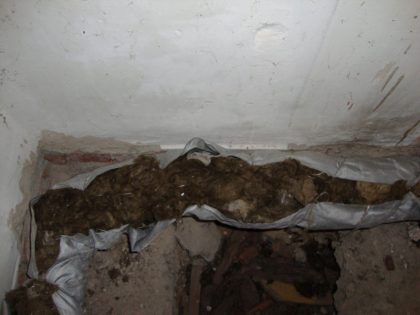 The collapse of the Soviet Union began a population decline that continues in the present day. Senkiv’s tourism industry is a shadow of its former self and is thus only able to provide a handful of full-time jobs in the service sector.

An abandoned department store, supermarket, and cafe all stand within view of the Senkiv School grounds, providing students with a reminder of both their town’s more prosperous past and increasingly uncertain future.

Unemployment is widespread and those fortunate enough to have jobs are often forced to commute 30 or 40 kilometers via bicycle or public transportation. 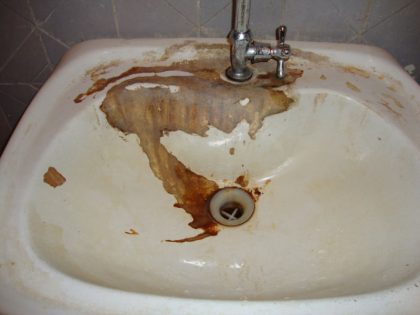 The last significant renovations and improvements to the Senkiv School occurred in the mid-1980s and the majority of its plumbing and electrical wiring dates back to the Khrushchev era. The pipes have deteriorated to such an extent over the years that the school currently only has 2 working toilets and a handful of operational sinks to service nearly 100 students and staff.

As a result of the failing pipes, the water that is available is often discolored by rust and dirt. The plumbing problem also makes the job of the school’s small kitchen staff much more difficult as, lacking a water heater or filtration system, they are forced to improvise, often boiling, sifting, and straining water to make it suitable for cooking and cleaning dishes.

Project Description
This project is to renovate the piping system at the school, and restore functionality to 4 toilets and 8 sinks.

The school has access to municipal water that is potable as it enters the school premises. The majority of the improvements will take place in the building’s interior, with only a small section of the main external pipe being replaced.

Modern PVC pipe will be purchased and used to replace existing pipes that are rusted, burst, or blocked by sediment build-up.

Large sections of the original plumbing structure that have been disconnected or by-passed due to pipe-failures will also be brought back on line using the new PVC pipes.

The project will be carried out by the school’s maintenance staff, the teacher of Labor classes, and the Peace Corps Volunteer.

Project Impact
As a result of this project, 100 students, teachers and support staff will have access to clean water for drinking, cooking, and cleaning, as well as several more toilets, sinks, and drinking fountains.

Comments
The project will vastly improve the overall sanitation conditions in the school by providing cleaner water and more access points by allowing many unused sinks and toilets to function once again.

We encourage others to continue to donate using the Donate button below, and we will notify Brooks of your donation. Additional funds will be used to fund the next project by the PCV and/or other projects in the country of service.