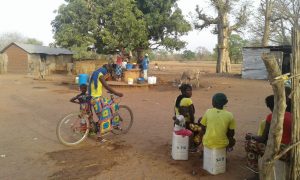 Community Description
Xxxxxx is an ethnically Mandinka village with a population of approximately 900, located within the Sandu District of the Upper River Region in The Gambia, West Africa. There is a Lower Basic Cycle (up to grade 6) school located less than 2 km from the village where the majority of children attend school.

The village contains 30 compounds, and two hand pump wells used for domestic water supply. The economy of the area relies heavily on the farming of peanuts with additional income generated from the selling of garden produce. The community generally farms for subsistence and includes crops such as peanut, maize, millet, beans, rice and other local vegetables.

Problem Addressed
The two hand pump wells in the village are used all hours of the day in order to provide the daily water requirements of each compound. Due to the overuse of the wells, at least one well becomes damaged once per month, requiring costly maintenance and forcing villagers to look elsewhere for sources of water (including the nearby river). Using water for drinking from unsafe sources, such as the nearby river, has led to higher rates of waterborne illness and diarrhea. 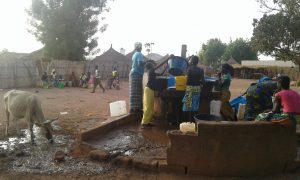 In addition to deepening the well as necessary, the upgrade will include a 4,000 L water tank, a pump with four solar panels, seven taps distributed at major junctions and 462 meters of the pipeline. This project will ease the burden of fetching water and provide safe and clean drinking water.

The PCV and counterpart activities include assisting the contractor (Water Point) in purchasing and construction of:

Other activities include training on proper maintenance and use of the water system, health talks with villagers on waterborne illness and water sources, and talks on time management to assist in girls’ education on study time versus water fetching.

The community has raised 26% of the cost to pay for the project and will contribute labor in excavation to lay the pipe down. 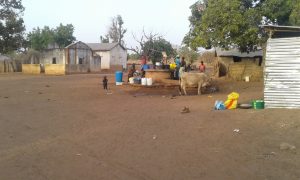 Project Impact
900 people will benefit from the project.

Monitoring and Maintenance
The PCV and counterpart have set up and will work with a water committee in the community to help lead training and to monitor the outcomes of the project. Training to be conducted will include health talks on water sources and waterborne illness, time management for school children, and maintenance and proper use of the new water system.

A group bank account was established to deposit maintenance funds received from the users of the taps. Each compound will require that the women who utilize the taps to pay 10 dalasis (local currency) each per month to help in maintaining the system.

Security against breakage and theft will be ensured with a chain-link fence with wire and locks surrounding the solar panels and pumping system. Some of the maintenance fees raised by the community will also be used to maintain the solar structure as well as all parts of the water system.

Let Girls Learn
After many girls complete grade six, they often quit school to help with chores in the family compound. Women also spend a great amount of time fetching water that in turn reduces the time spent in gardens and time that can be used to pursue other interests in the business.

This project has a particular benefit in allowing girls to remain in school by reducing the time needed to fetch water for daily use. When this project is completed, the burden of fetching water from only two sources will be reduced through the addition of seven additional sources, freeing up the girls to pursue their schoolwork. 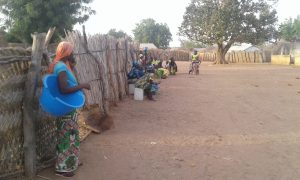 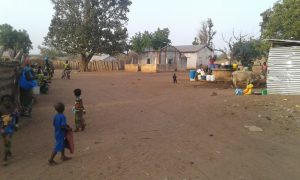