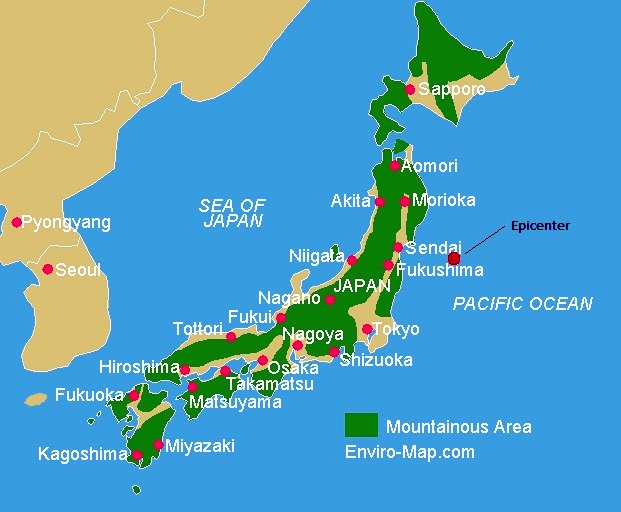 Although Water Charity’s main mission is sustainable development, when a disaster of this magnitude arises, it is impossible to ignore the need for an immediate relief effort to save lives. For that reason, on April 21, we participated in the shipment of a truckload of canned water (52,800 12-ounce cans) for immediate distribution to persons living in evacuation centers, schools, and orphanages.

The shipment was made in partnership with CannedWater4Kids, a Wisconsin nonprofit. They were able to negotiate substantial donations of services, including shipping, and also arrange for distribution through Second Harvest of Japan, an organization with extensive distribution channels.

The shipment was made possible by funding from The Soneva SLOW LIFE Trust, which sprang into action immediately to raise funds for a substantial relief program.

In our effort to provide help to the people in Japan immediately after the earthquake, we faced with a situation more dire and more complex than any previously imagined. The release of nuclear particles into the atmosphere and into the water presented extreme problems.

Our first thought was to implement a water filtration solution. Over the past 3 years, we have undertaken many filter projects in all corners of the globe. Each project is vastly different, as there are different needs, different locally-used technologies, and different contaminants to be removed.

After going through our toolkit of technologies, we were left with the startling observation that none of our traditional filtration techniques would be satisfactory in this instance. Filters are available that can remove certain radioactive particles. However, Japan faced a problem where many different types of radiation were found in the water, depending on the location.

Furthermore, a solution based on filtration introduced a host of new problems, including how to dispose of the filter when it was necessary to do so. The simple answer is that a team of hazardous waste experts would have to properly handle this waste and then safely dispose of it. The experts and the places for safe disposal do not currently exist!

Meanwhile, we were getting reports of radioactivity detected in the drinking water as far away as Tokyo. Pregnant women and infants were advised not to drink the tap water, and local sources of pure water were inadequate.

It was at that time that the urgency of getting safe water to Japan at once became apparent, and the solution became obvious: Send safe water at once!

If you had asked us on March 1 what we would think about sending packaged water halfway around the world, we would have said: “That’s nuts!” The cost per liter of water is huge, and the energy cost of packing, shipping, and disposing of the packaging is enormous.

However, in this instance, it appeared as a literal lifesaver, that could be implemented at once. Not only could we put safe water immediately into the hands of those who needed it to survive, we could actually do it more cheaply than any filter solution we had been considering!

The canned water solution satisfied an immediate need as a part of a massive relief effort put into force by millions of people in hundreds of countries. We are now concentrating on longer-range development assistance to help the Japanese people get back on their feet. Your help is requested in this endeavor. Please use the Donate button below to direct your donation to the development effort in Japan.