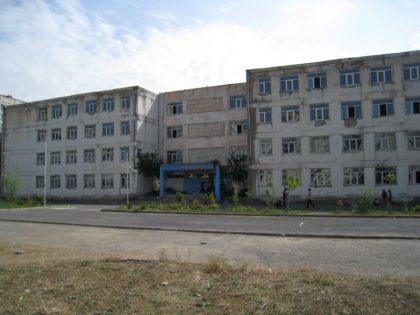 Community Description
Georgia is bounded on the west by the Black Sea, on the north by Russia, on the south by Turkey and Armenia, and on the east by Azerbaijan.

The independence of Georgia was restored in 1991. The country subsequently went through periods of economic crisis, civil unrest, and armed conflict. Although there has been democratic reform, economic growth has remained slow.

Rustavi (pop. 160,000) is the city center of the southern Georgian region of Kvemo Kartli. Kvemo Kartli is a diverse region with many ethnic Azeris (the largest minority group in this region), Russians and internally displaced persons (IDPs) from the breakaway regions of Abkhazia and South Ossetia. 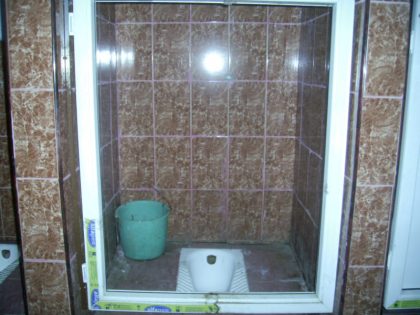 Although occupied for centuries prior, the modern city of Rustavi arose in 1948 to support Soviet steel, metal and chemical industries. Since the collapse of the Soviet Union and the decline of its metallurgy industry, Rustavi has faced high employment and poverty.

Today, many Rustavi residents survive off the earnings of relatives working in Tbilisi or abroad. Approximately one-fourth of the Georgian population lives outside the country working to support family members at home.

Rustavi School #10 is located in one of the poorest micro-districts of the city. Over forty percent of the students attending this school come from families that fall below the poverty line (as defined by the Georgian government). Fifty students are internally displaced persons (IDPs) from the breakaway regions. The school serves first through twelfth graders and occupies a four-story building. 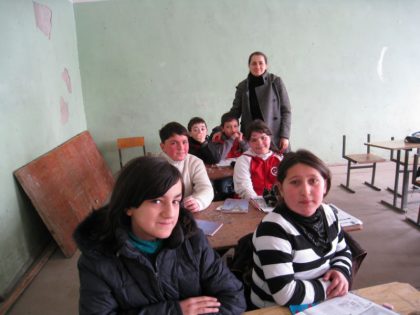 Although water tanks were installed previously, they no longer function and are beyond repair. The school cleaner uses buckets of water to clean the squatting bowls. As a result, water often overflows releasing human waste onto the floor. Additionally, the pipes carrying the waste away from the basins are broken and leak into the school hallway. Although there is one sink in each bathroom, no soap is available for students to clean their hands.

The school will replace the pipes, water tanks and tubes connecting the tanks with the toilets so that the flush mechanism will work correctly. In addition, new sinks will be installed, along with soap dispensers, soap and hand towels.

To supplement the sanitation repairs, the school will conduct after-school sanitation trainings with student volunteers in each grade level. These students will then deliver short presentations to their peers during classes to promote hand-washing and proper hygiene practices.

The work will be done by a local contractor, and will be completed in less than one month.

Project Impact
A total of 476 students and 61 staff will directly benefit from this project.

Comments
This is our first project in Georgia. We are happy to play a small part in helping to rebuild the infrastructure so as to provide for the basic needs of the students and faculty of the school.

This project fixes the water system and restores the basic sanitation of a school. However, perhaps more importantly, it helps revive the dignity of people caught in an unfortunate economic environment who have the desire but lack the funds to improve their local conditions.

Dollar Amount Needed
$0.00 – This project has now been fully funded, through the generosity of The Soneva SLOW LIFE Trust as a part of their Clean Water Projects initiative.

We encourage others to continue to donate using the Donate button below, and we will notify Peace Corps Volunteer Alene Kennedy Hendricks of your donation. Additional funds will be used to fund the next project by Alene and/or those of her counterpart PCVs in Georgia.