This program is to address the issue of freshwater scarcity in The Republic of Maldives (Maldives). This will be achieved through the targeted provision of new, and the restoration of pre-existing, rainwater capture and storage systems in selected public locations within communities of Maldives. 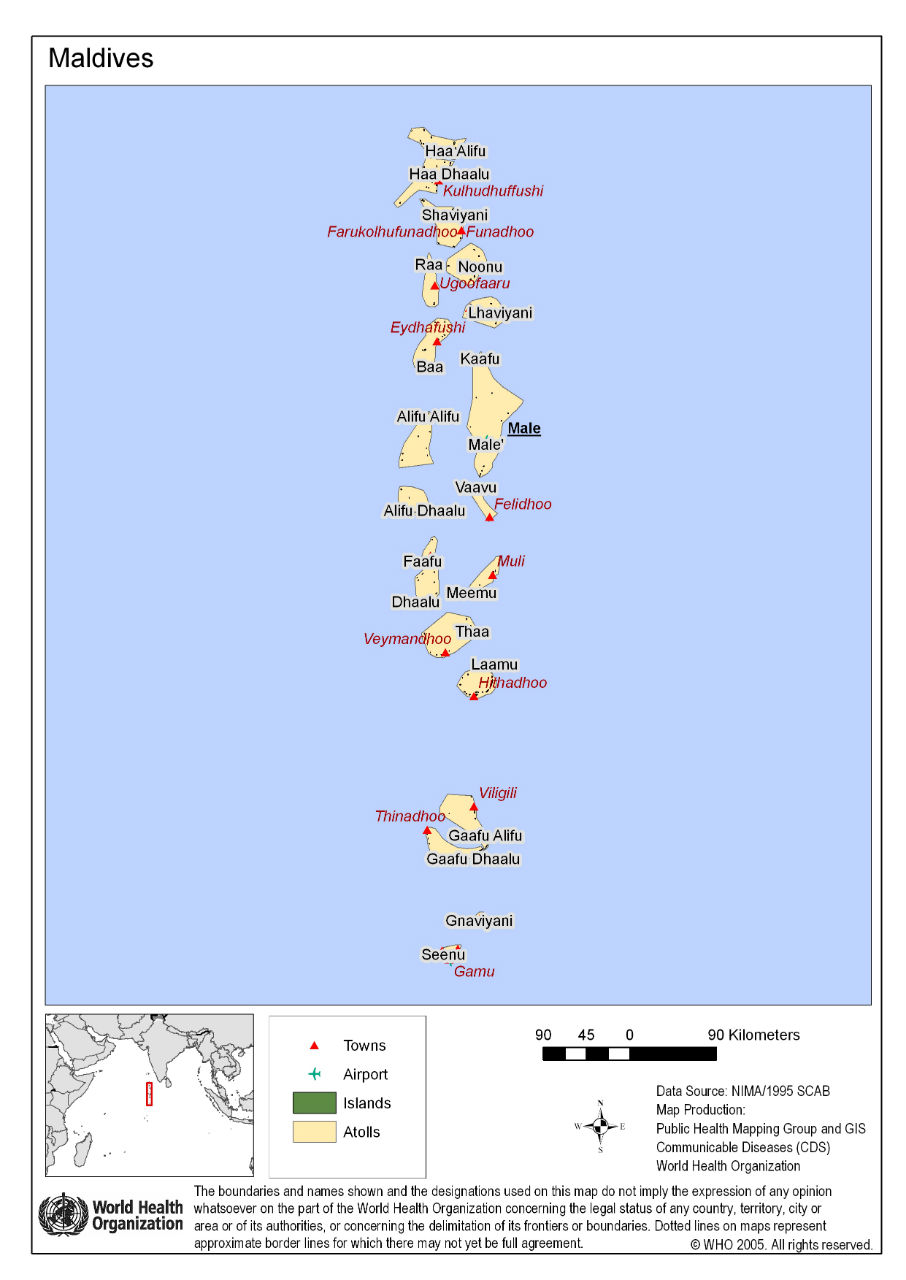 The program will start with projects in four inhabited island communities, namely Kunahandhoo, Hithadhoo, Maamendhoo and Gaadhoo, in the remote Laamu Atoll, aka Hahdhunmathi Atoll.

The program is being implemented under the direction of Abram Le Cerf, Social and Environment Manager at Six Senses, Laamu. It is made possible through the generosity of The Soneva SLOW LIFE Trust, an environmentally and socially conscious resort ownership and management company, and Positive H2O (+H2O), a company of dedicated professional windsurfers who have a passionate interest in the oceans and the environment.

Maldives, being an atoll nation consisting of one percent land and 99 percent ocean, is a country with very little in terms of freshwater resources. Consequently, accessing sanitary and sustainable fresh drinking water is a major challenge faced by the inhabitants of the rural communities of Maldives.

The islands of Kunahandhoo, Hithadhoo, Maamendhoo and Gaadhoo are inhabited by total populations of 783, 1040, 1186 and 417 individuals, respectively. Consequently, the total number of direct beneficiaries of the first phase of this project is 3,426 persons. 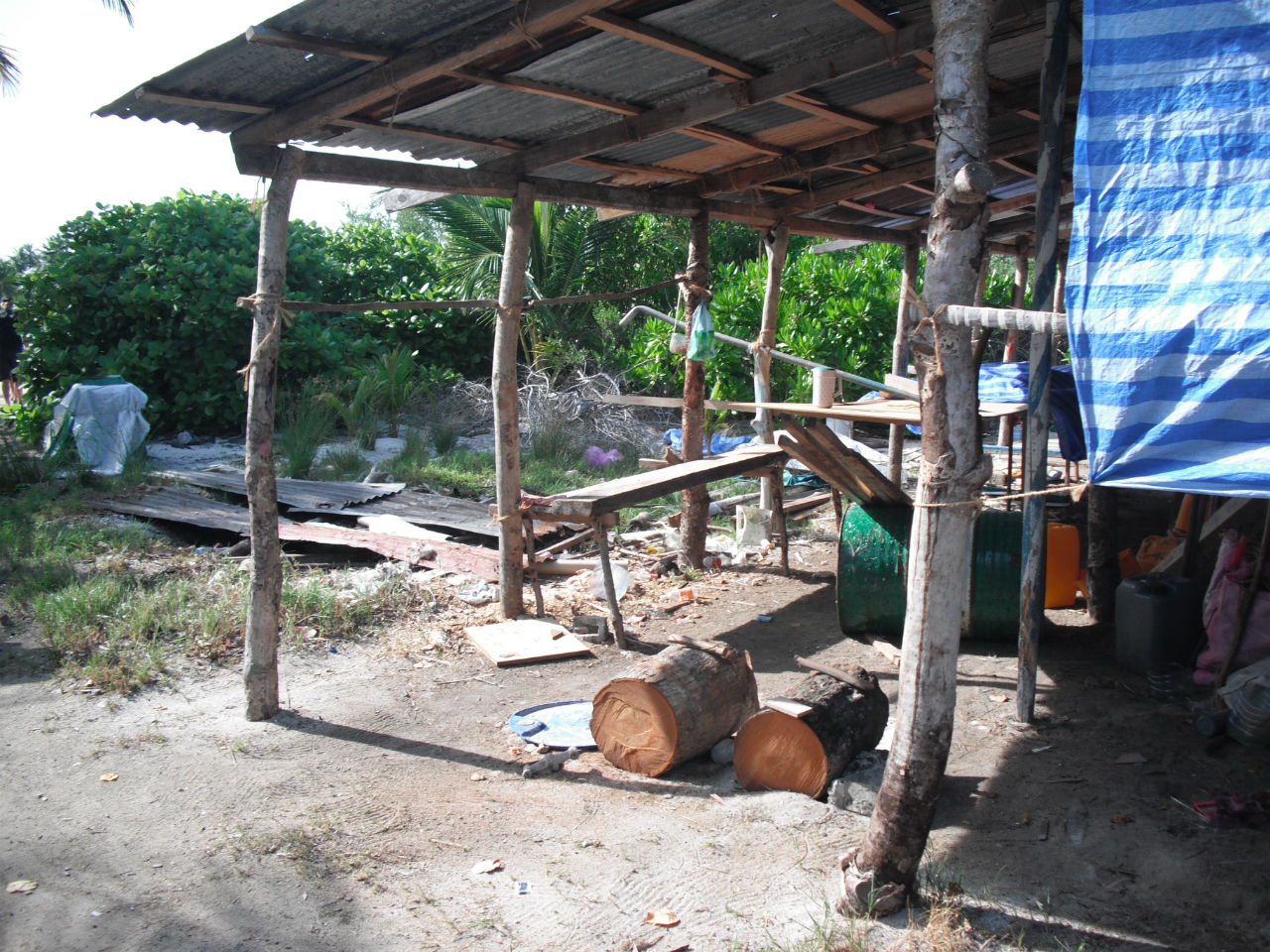 Traditionally, for all of their freshwater requirements, including for drinking water, these four communities have been dependent upon shallow fresh groundwater aquifers, aka freshwater lenses, which exist beneath all islands in Maldives, accessed via wells. These freshwater lenses accumulate through rainfall infiltration into the sandy soils of the islands and this freshwater, being less dense than saltwater, subsequently floats on top of the saline groundwater which infiltrates the islands’ soils from the surrounding sea.

Due to the scarcity of available groundwater and surface water within these communities, and the high economic and environmental cost of desalinating seawater, rainwater capture and storage is a key strategy for securing freshwater to support their populations. Indeed, throughout Maldives, in line with relative public policy, multiple public and voluntary sector programs have previously been carried out to distribute and establish rainwater capture and storage tanks in all of the nation’s 200 inhabited islands. However, freshwater shortages still remain. 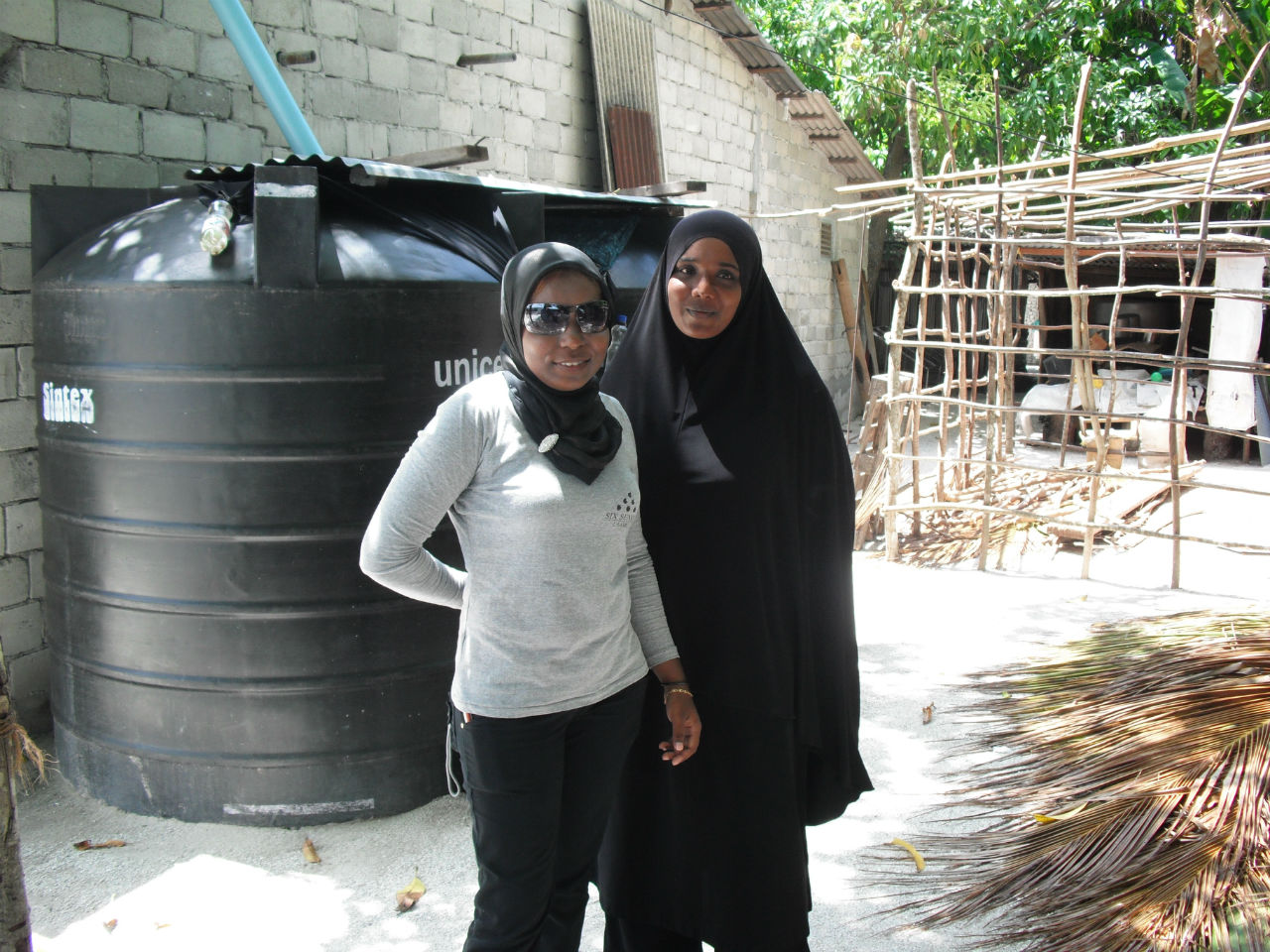 Although rainwater storage tanks have been distributed in many instances by governmental agencies, in many cases, these tanks have remained unconnected due to a lack of essential components, such as catchments and connective materials, including gutters, pipes, overflows, filters, valves and taps. Consequently, large numbers of rainwater tanks sit idle.In recent years, during the northeast monsoon within all four communities it is reported that public and residential rainwater tanks frequently run dry, forcing the expensive importation of desalinated water by barge from Male’.

Within Hithadhoo, Maamendhoo and Gaadhoo public rainwater tank systems which have been previously established have become degraded and damaged and are either completely dysfunctional or are functioning at only partial capacity, further confounding water shortage problems during the northeast monsoon.

The first phase of this program is being initiated with the Kunahandhoo Island Rainwater Harvesting Project – Maldives, and will proceed to the other three islands. Upon proven success, it will be expanded to additional islands, in an effort to have a widespread impact on the water supply problems facing the Maldives.

The projects on the first four islands of the program have been fully funded by the SLOW LIFE Foundation and Positive H2O. If you wish to contribute to the expansion of the Rainwater Harvesting Program – Maldives to other islands, please click on the Donate button below.