This project has been completed under the direction of Evan Buckman, Javin Jimenez, Ruben Semperi. To read about the start of the project, CLICK HERE.

The project was designed to provide safe water through the distribution of Sawyer hollow membrane filters to Palatoa River native communities living in Manu National Park. 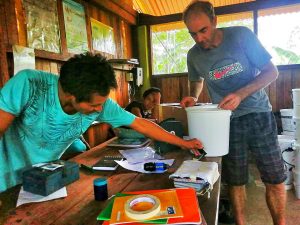 Thanks to the collaboration with Water Charity, we received 40 sets of filters, for the community of Palatoa – Teparo.

Approximately 40 families were suffering from the effects of dirty water which was causing the proliferation of stomach illness and parasites, above all in the children. After the installation of the filter systems, the problems with parasites ceased to exist.

The indigenous community of Palatoa-Teparo was founded more than 50 years ago at the edge of the Palatoa River, which runs from the Madre de Dios. The villagers belong to the matchiguenka ethnic group, which began with the Incas.

The filters were received in the community the end of September, 2019, and installed in the homes the following week.

All of the volunteer efforts of Jabin Jimenez , Gustavo Zolezzi, and Arnol Sempery.

The community has expressed its gratitude.

We extend our thanks to Evan and the team for completing this important project. We are grateful to the Paul Bechtner Foundation for providing the funding. 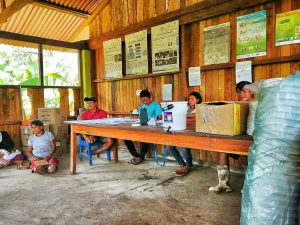 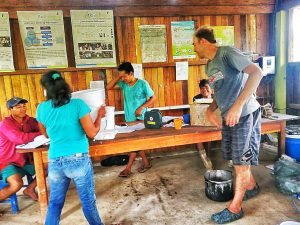