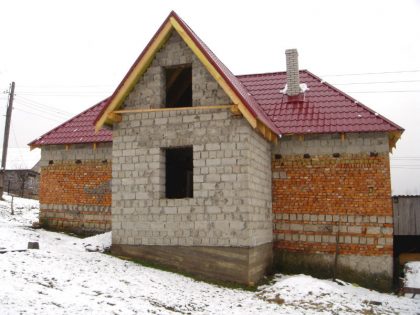 Community Description
Perechyn is a small town in Western Ukraine and has a population of about 7,000 people. The name of the town means “crossroads” and, as such, many people come through this small regional center on their way to other places in Western Ukraine.

The largest employer in the town is a chemical factory, although the three local schools also employ a large number of people. One of the three schools is an orphanage, known as the Perechyn Boarding School, and they have 135 residents.

There are four nonprofit organizations, only two of which are active on a daily basis: the Center for Civic Initiatives and an organization called “Opika,” which helps young people leaving the orphanage to adapt to life on their own and which is the partner for this project. 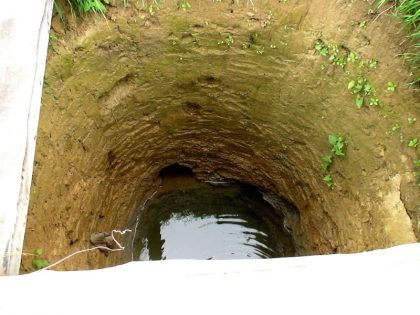 The organization, Opika, supports orphaned children, residents and graduates of orphanages, as well as, children living in poor and difficult family situations in the Perechyn district. “Opika House,” a crisis center for teenage mothers and their children, has long been a dream of the three women, all teachers at the local orphanage, who started the organization Opika.

Opika has helped hundreds of young people leaving the Perechyn orphanage to adapt to life on their own, from providing them with clothing and books for college, to assisting them find jobs, paying for education in various trades, and assisting ex-offenders to readapt to local society. However, the population that has been the most difficult for Opika to assist are young teen mothers and their babies.

Over the past five years, 38 graduates have become pregnant before or immediately after leaving the orphanage and more than 50 children have been removed from their mothers, most of them ending up back in orphanages themselves. While some of the girls meet the requirements to live with their children in local dormitories, some of them do not. These girls end up homeless and their children in institutions.

Opika House is within walking distance of the center of Perechyn, in an ecologically clean area at the top of a large hill near the forest. The street is located in one of the highest places in Perechyn, in a relatively new area where there is no central water or sewer system. Residents in this area must dig individual wells to a depth of around 8-9 meters and they are often located at some distance from the house. 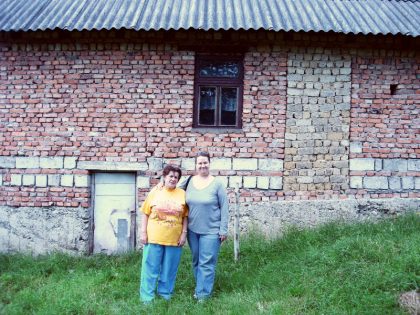 Project Description
This project is to install pumps and piping to bring water from the local well to the Opika House, and to install piping for distribution within the house.

This project builds upon the renovations to Opika House begun about six months ago. The roof has been replaced, a new entranceway has been created, and the well, which had collapsed, has been re-dug and reinforced.

The well was dug to a depth of eight meters and then lined with river stone. This method of well construction is characteristic of Transcarpathia. The well is located about 120 meters from the house, down in a small valley, the only place to access the underground stream of water. The depth of the water itself is about 4.5 meters.

In order to bring the amount of water required from the well to the house (a total height of 20 meters and a distance of 120 meters), two electric pumps are required. One of them, a powerful, deep pump, will be immersed in the water. The second pump, called a “bezbashenka,” will be placed inside the house. These two pumps will be connected and mutually complement each other.

The water will be transported to the house through plastic pipes with a diameter of 32 mm, buried in a trench at a depth of 70 cm. Furthermore, electricity for the pump will also be laid in the trench using a double-vein electric cable inserted in plastic protective tube “flutes.”

Inside the house, piping will be installed as part of the installation of a bathroom/toilet and kitchen. A switch to turn on the pumps, and various taps, will be installed. A cover will be placed over the top of the well outside in order to protect the water source from debris.

A septic system will be constructed for the crisis center and will be cleaned regularly (1-2 times per year). It will be built far from the water source and a safe distance (20 meters) from the house. Plastic pipes will be buried in a trench at a depth of 70 cm.

Other funding has been secured to pay for professional installation.

Project Impact
It is estimated that this project will benefit 12 mothers and 12 children per year.

Comments
This project will serve an extremely vulnerable population by providing an effective transition from the orphanage to living on their own. This intervention will serve to keep families intact and will reduce the burden that they would otherwise become on society.

Dollar Amount Needed
$0.00 – This project has now been fully funded through the generosity of The Soneva SLOW LIFE Trust as a part of their Clean Water Projects initiative, with the help of friends and family of Peace Corps Volunteer Shelia Slemp.

We encourage others to continue to donate using the Donate button below, and we will notify Shelia of your donation. Additional funds will be used to fund the next project by the PCV and/or other projects in the country of service.