Community Description
Odessa (in Russian), or Odesa (in Ukrainian), is the fourth largest city in Ukraine, with a population of over a million. The city is a major seaport located on the northwestern shore of the Black Sea and is the administrative center of the Odessa Oblast. 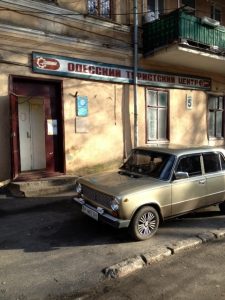 Odessa is also one of the most diverse cities in Ukraine, with extreme divisions in living accommodations and economic status among the population. The city is home to a number of nationalities and minority ethnic groups. In addition to the city’s majority Ukrainian population, these are also present Albanians, Armenians, Azeris, Crimean Tatars, Bulgarians, Georgians, Greeks, Jews, Romanians, and Turks.

In 1991, after the collapse of Soviet Union, the city found itself in newly independent Ukraine. Today the city’s industries include shipbuilding, oil refining, chemicals, metalworking, and food processing. Odessa is also a Ukrainian naval base and home to a fishing fleet.

Water is a continuous issue in Ukraine, including Odessa. In most places, the water is not truly safe to drink without filtration.

At the Odessa Youth Tourist Center, services are provided to children across the entire economic spectrum. The center provides a place to have meetings, homework clubs, and a place of refuge for homeless and struggling youth, and sometimes their families.

The center often takes in those less fortunate who may not have a shelter to sleep, as Odessa has a large homeless youth problem. These kids are grateful for the opportunity to sleep somewhere warmer than outside.

The hygiene facilities at the center are not adequate for the needs. There is no hot water in the building at all, which in the winter is a major issue. The pipes and water are extremely rusty, and the toilet and the shower are basically inoperable. The shower and toilet are combined in the same location, yet there is only rusty, cold water available. 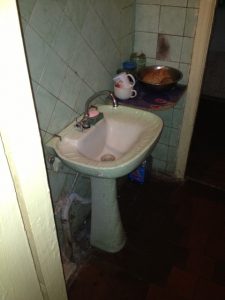 Project Description
This project is to improve the sanitation facilities at the center by replacing supply and drainage piping, installing a hot water heater, installing a toilet, and replacing the shower head.

With funds from the community and parents of the organization, a filter will be installed at the sink so that the water will be safe for drinking.

The work will be done by the young participants in the program and their families, together with staff.

Water Charity funds will be used to purchase the fixtures, piping, and other materials.

Project Impact
This project will directly benefit 30 to 40 students who use the Odessa Youth Tourist Center on a weekly basis, as well as a growing number of youth and families in transition.

Comments
This project will improve the sanitary conditions at the center, and also bring a sense of accomplishment to the participants and staff.