Association , working with Water is Basic.

This is Project 7 of Phase 2 of our South Sudan Well Rehab Program. Phase 1 of the program began with the Tore region, which became the center of a new wave of violence.  These Phase 2 projects are being done along the Yei River, of Yei State. We continue with multiple well rehabs in Yei County where many are displaced from the last two years of violence in the Unity and Jonglei States.  This project has been COMPLETED.  See the  #Conclusion Report below. 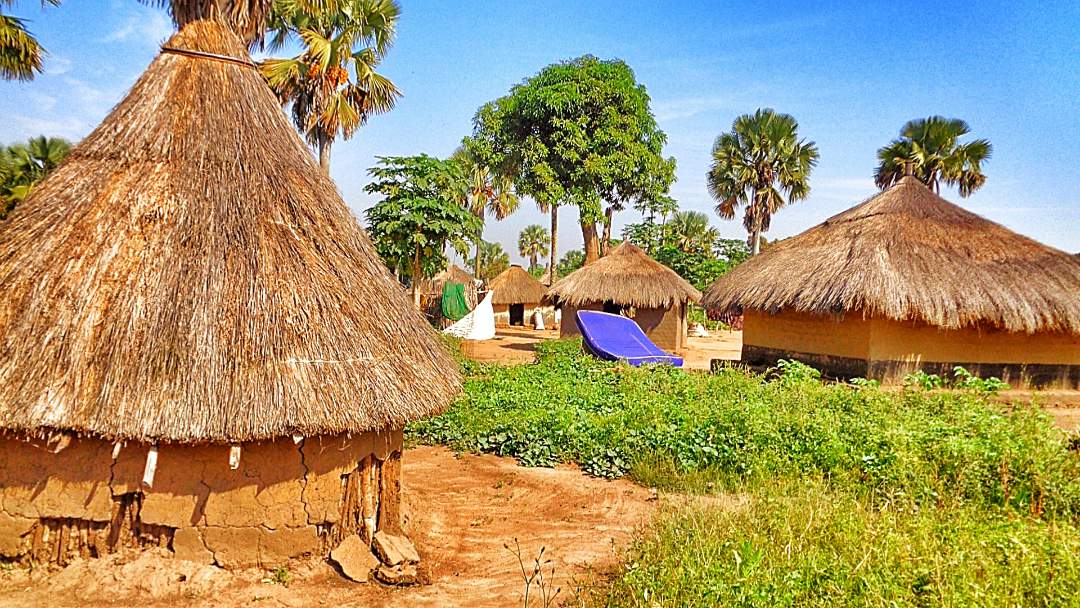 Community Description
NTC is largely comprised of military personnel, and civilians who depend on farming, hunting, and animal rearing. Five miles away from the main city, Yei Town, NTC stands strong and united despite its diversity. The 300 household region had originally formed a committee to manage and maintain the borehole. However, the committee struggled and couldn’t endure.

Problem Addressed
Mary Gamba is a mother of seven with her youngest only 6 weeks old. Having a newborn, on top of her already demanding family, has made gathering water an extremely complicated task since the borehole broke (over six months ago).  S 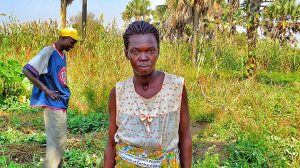 ince the well broke, Mary has had to wake up at four in the morning to fetch water from the next available well, a 3-mile round trip, to avoid the overuse of the shallow well in the mornings. However, if she arrives too late, she has to gather water that has been stirred up with the excess particles at the bottom.

Sebit Malish, a member of the disseminated committee, had tried to collect the monthly household fees for the borehole when the committee was still in session. The village has one of the lowest fees in the region for borehole use, only 2ssp.  Many of the military personals are responsible for the loss in payment, refusing to pay Sebit some days. Other days, the soldiers forced his family to use the shallow well multiple miles away to keep the clean borehole water to themselves. Focused on what’s best for the community, Sebit knows they may need to gather more money from the families every month to keep the borehole open and consistently maintained. 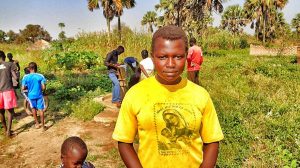 Betty Menialla is another female resident, in NTC.  She is responsible for many of the domestic care activities in her family. At 17, it is becoming too difficult for Betty to find the time to finish her schoolwork every day as she becomes increasingly needed by her family, as her parents age.  She talks about her time in primary school when she was able to keep up with her studies and the education that the boys in her community were earning.  As Betty grew up and graduated to secondary school, the boys continued their education while Betty was required to spend more and more time helping with her family.  Among many other tasks, gathering water has become her sole responsibility.  With the borehole broken, fetching water has taken over the majority of Betty’s time while her studies have fallen behind.

Project Description
This project is to rehabilitate the well. It is being implemented in collaboration with Water is Basic, a locally owned and operated water drilling company. Over the last 8 years, Water is Basic has been a reliable company in South Sudan, drilling and rehabilitating boreholes. 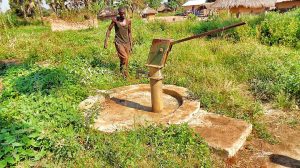 Volunteer Directing Project
Steve Roese.  Steve has been involved in South Sudan since 2004. 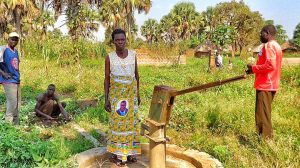 Water Is Basic educates and empowers the community by helping them learn the importance of diverse and equal organization. The water committee becomes a reconciliation tool as mixed genders, tribes and religions work together to manage the community well. By aiding the village in developing a committee, and managing and maintaining their well, the village is able to collect and save money to dedicate to future repairs. 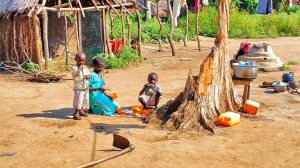 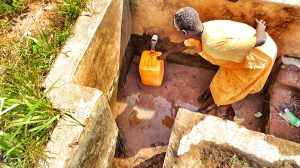 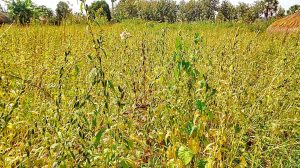 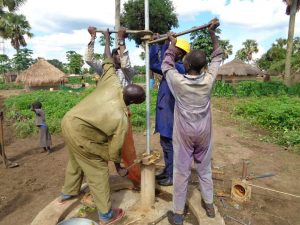 We are pleased to report that the borehole and pump in this village were repaired to full functionality!  Our team came in, fixed the well, and established a water use committee to oversee the water point and make sure it stays functional.  The team educated the community members on further maintenance and hygiene practices to help the residents sustain 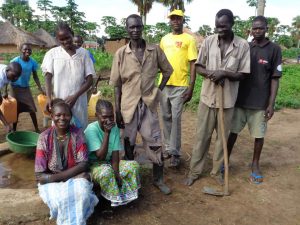 the borehole for as long as possible. The borehole had a water leak in multiple GI Pipes and the cylinder rubbers were torn. A new cylinder and new GI pipes were installed.
NTC is a community, with over 300 occupants who have suffered for the past year from dehydration and water-borne diseases, all results of a broken borehole. Despite this, the residents are all determined and driven. Even with fighting that has displaced many, the community has remained optimistic, especially now with their borehole repaired.
Many of the people are overjoyed with the relief that only comes from not having to give their families dirty water any longer. Parents with young and newborn children have been spending most of their money on privately owned water to ensure their children’s safety.

Mary Gamba is the chairperson for the committee; she and her family live directly next to the borehole. Her youngest son, Lime, was born during the beginning of the water crisis. Now, her son is almost a year old and Mary is finally able to provide clean water for her family on a daily basis.

The gift is a child in the NTC community who was so taken aback by the Water is a Basic team that he dedicated himself to his schooling so he can become a borehole technician. He loves that he could one day help so many families and children in need. The gift is exceptionally focused on becoming a technician so that his family never has to go without clean water nearby again.

Yet another happy story to come out of the partnership between WC & WIB in South Sudan.  Dozens of wells fixed, with many more to come! 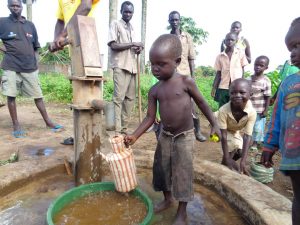 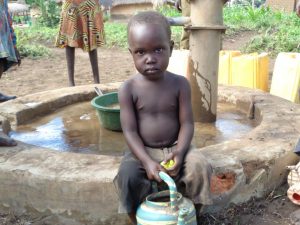 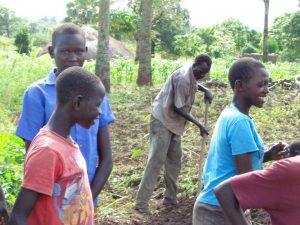 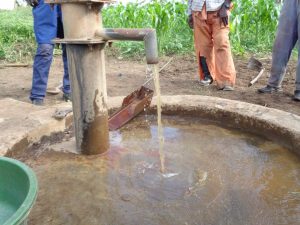 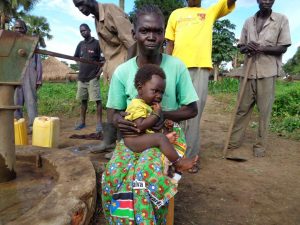 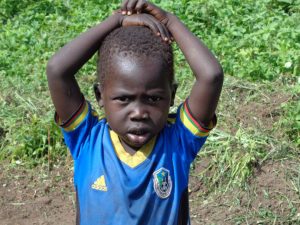