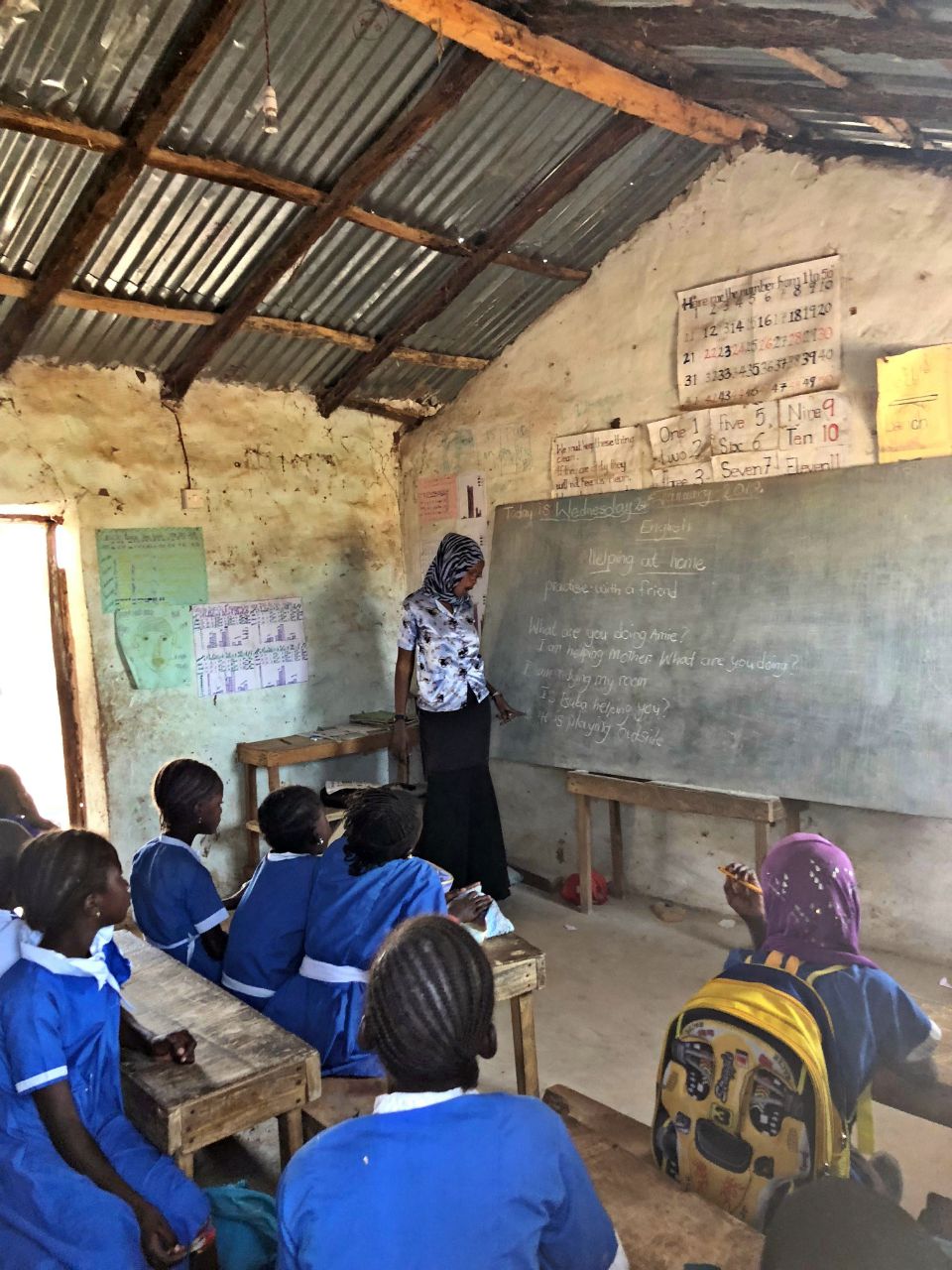 Community Description
Until 2015, there was no school in Njie Kunda and parents believed that the nearest Lower Basic Cycle School, in Fula Bantang, was too far for young children to walk to school.

In September, 2015, the school opened with two Nursery classes (Nursery 1 and Nursery 2) and two 1st grade classes. Already, it was in double shift. A total of 114 students were enrolled; 50 boys and 64 girls. The school hoped to add a 2nd grade and 3rd grade, after which students would be able to walk to Fula Bantang, where there are schools going all the way to 12th grade. In September, the 2nd grade was added, and the school’s enrollment swelled to 176.

In 2017, GambiaRising funded the building of additional classrooms as well as teacher housing at the school, and by the 2017-18 school year, there were four grades at the school: Nursery through 3rd grade, with a total of 224 children enrolled. At the same time, Water Charity funded the construction of latrines and handwashing stations for the school.

Problem Addressed
Njie Kunda and the surrounding villages are food insecure. Families grow their own food and are completely dependent on the annual rains. The period of time in the months before the annual harvest (and when schools open) is known as “hungry season”. 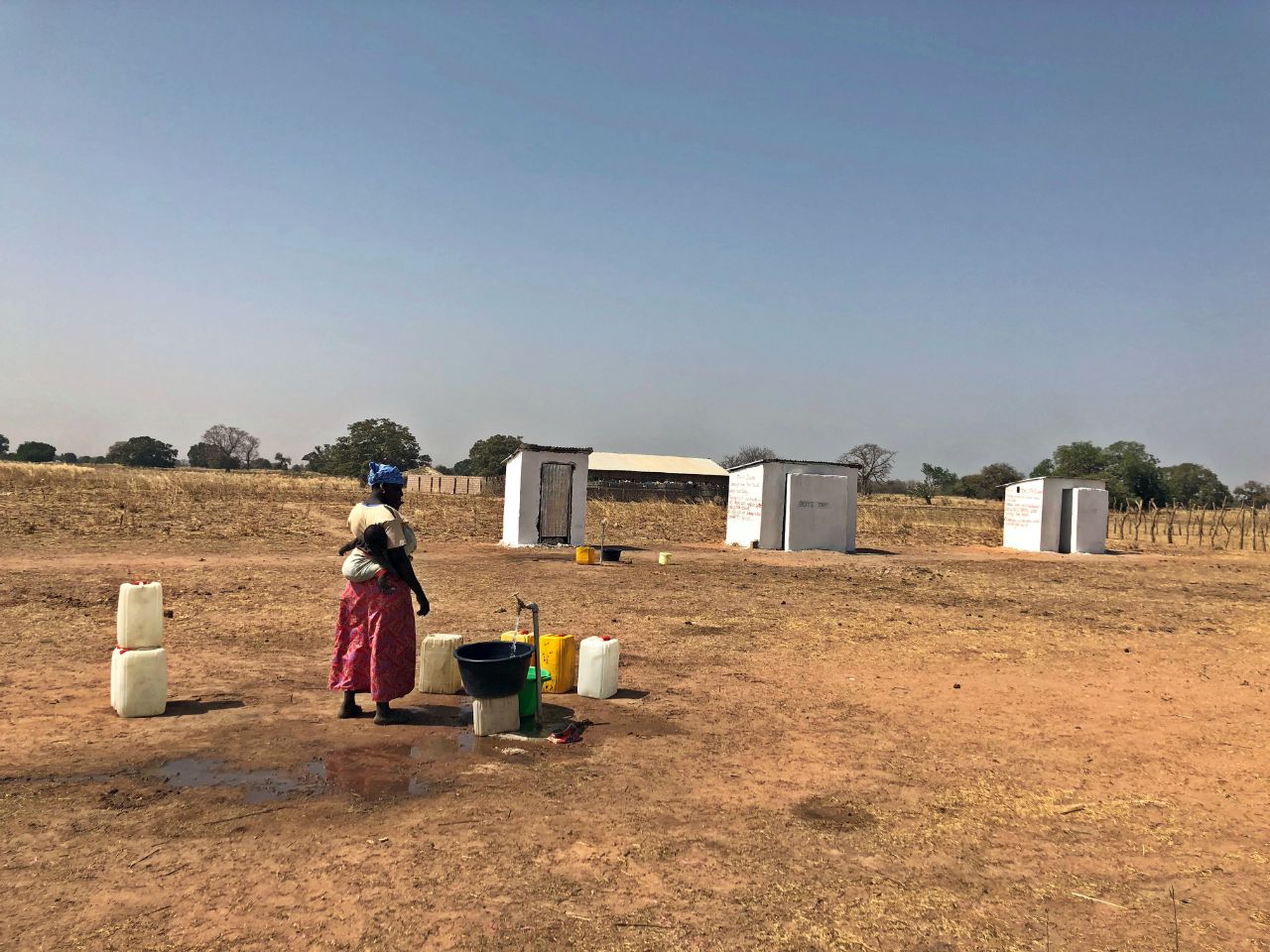 During a visit to the school in early 2018, the Head Teacher asked for support to construct a school kitchen so that the school could begin a school lunch program. They had built a make-shift kitchen and approached the World Food Programme about this, were told that they would qualify but must build a permanent store-house and cement-block kitchen.

They are also the only school in the area without a school garden. At other schools, fresh produce from an irrigated school garden both provide nutrition to the students but also provide a visible model to the children of sustainable agriculture on a small scale.

Project Description
This project is to build a kitchen and garden at the Njie Kunda school.

With tools and raw materials supplied through this project, the community will make the bricks and build a kitchen and store-house that qualifies for the World Food Programme school lunch program.

The project will also provide the garden tools and fencing to construct a 50 X 75-meter school garden.

The community will contribute the labor and the wooden fence posts. 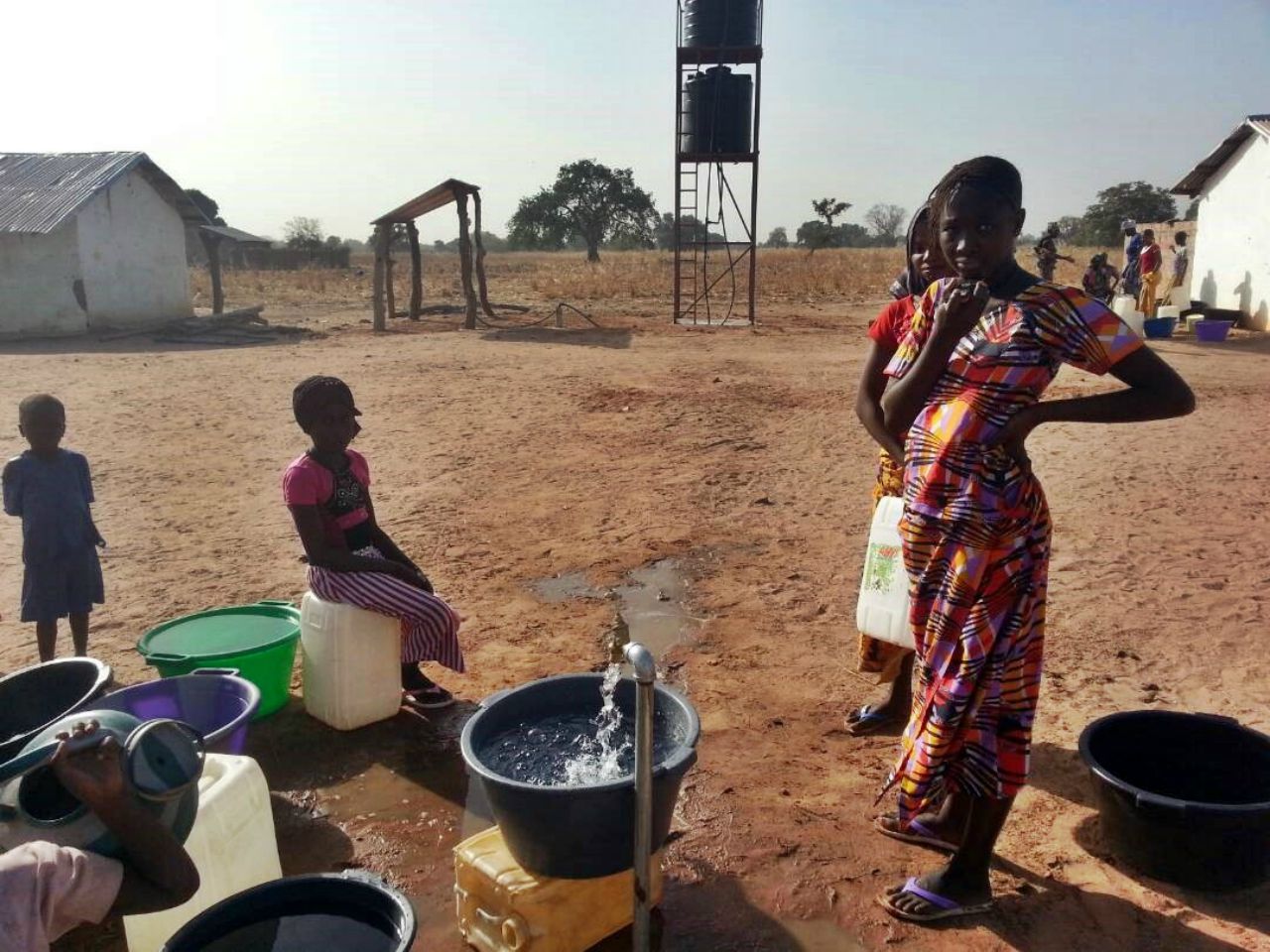 Project Impact
224 students and 5 teachers will immediately benefit from the project. More will benefit as the school continues to grow.

Monitoring and Maintenance
The UpCountry Program Coordinator for GambiaRising, Kebba Sanyang, is the Principal of St. Therese’s Basic Cycle and Senior Secondary Schools in nearby Fula Bantang about 5 miles from Njie Kunda. He has worked with the community before, and oversaw the construction of the school in 2015 and of the recently completed latrine project at the school.

Mike will oversee the project, and verify that the facilities are being used correctly and kept in the proper repair during his visits to the school.

Let Girls Learn
Of the 224 students enrolled in the school, 120 are girls. And as the school becomes established, more girls are enrolling. In the nursery school (Early Childhood Development), 21 of the 32 students are girls.