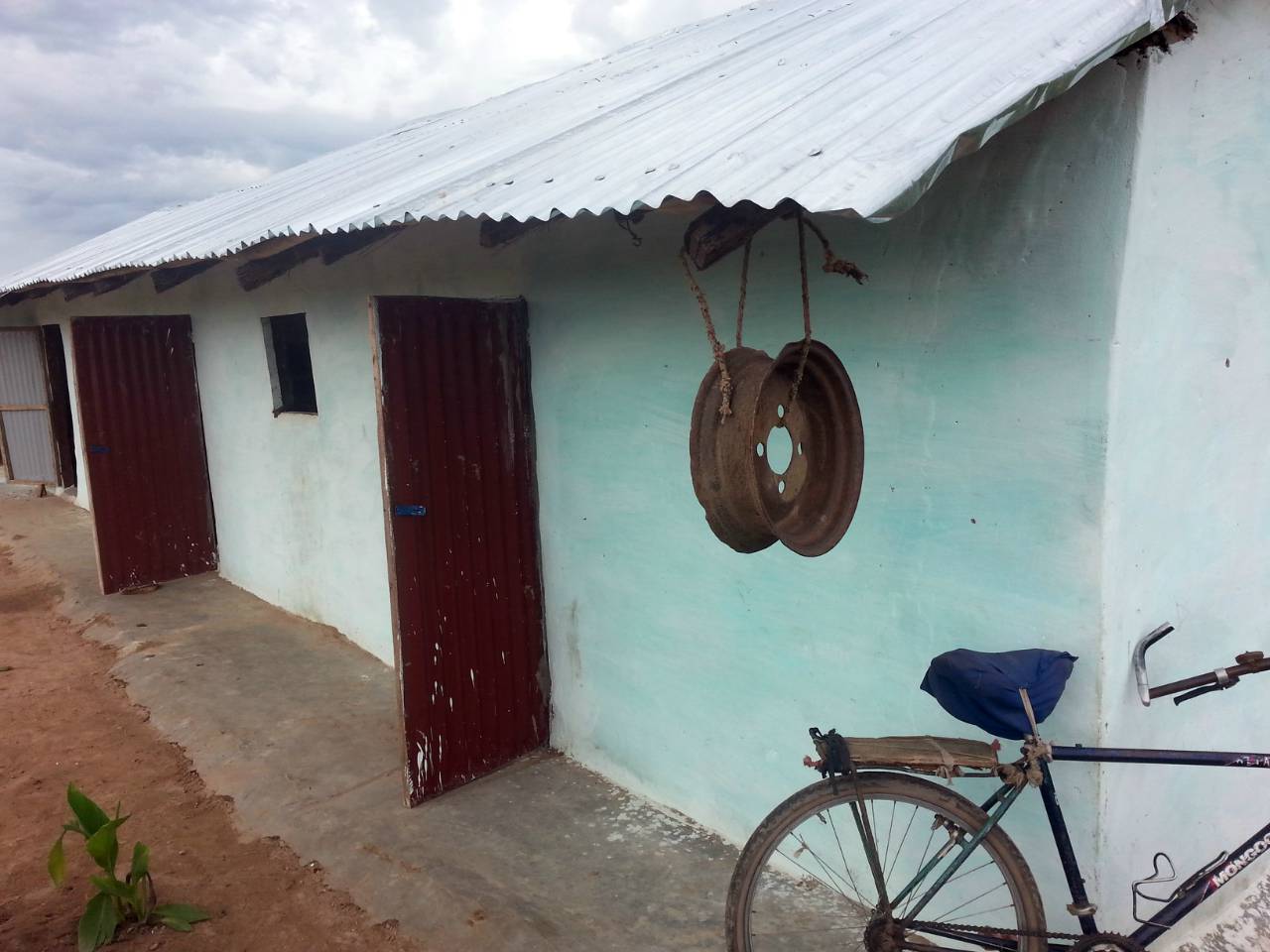 Community Description
Until 2015, there was no school in Njie Kunda and parents felt that the nearest Lower Basic Cycle School, in Fula Bantang, was too far for young children to walk to school.

In September, 2015, the school opened with two Nursery classes (Nursery 1 and Nursery 2) and two 1st grade classes. Already, it was in double shift. A total of 114 students were enrolled; 50 boys and 64 girls. The school hoped to add a 2nd grade and 3rd grade, after which students would be able to walk to Fula Bantang, where there are schools going all the way to 12th grade. In September, the 2nd grade was added, and the school’s enrollment swelled to 176. 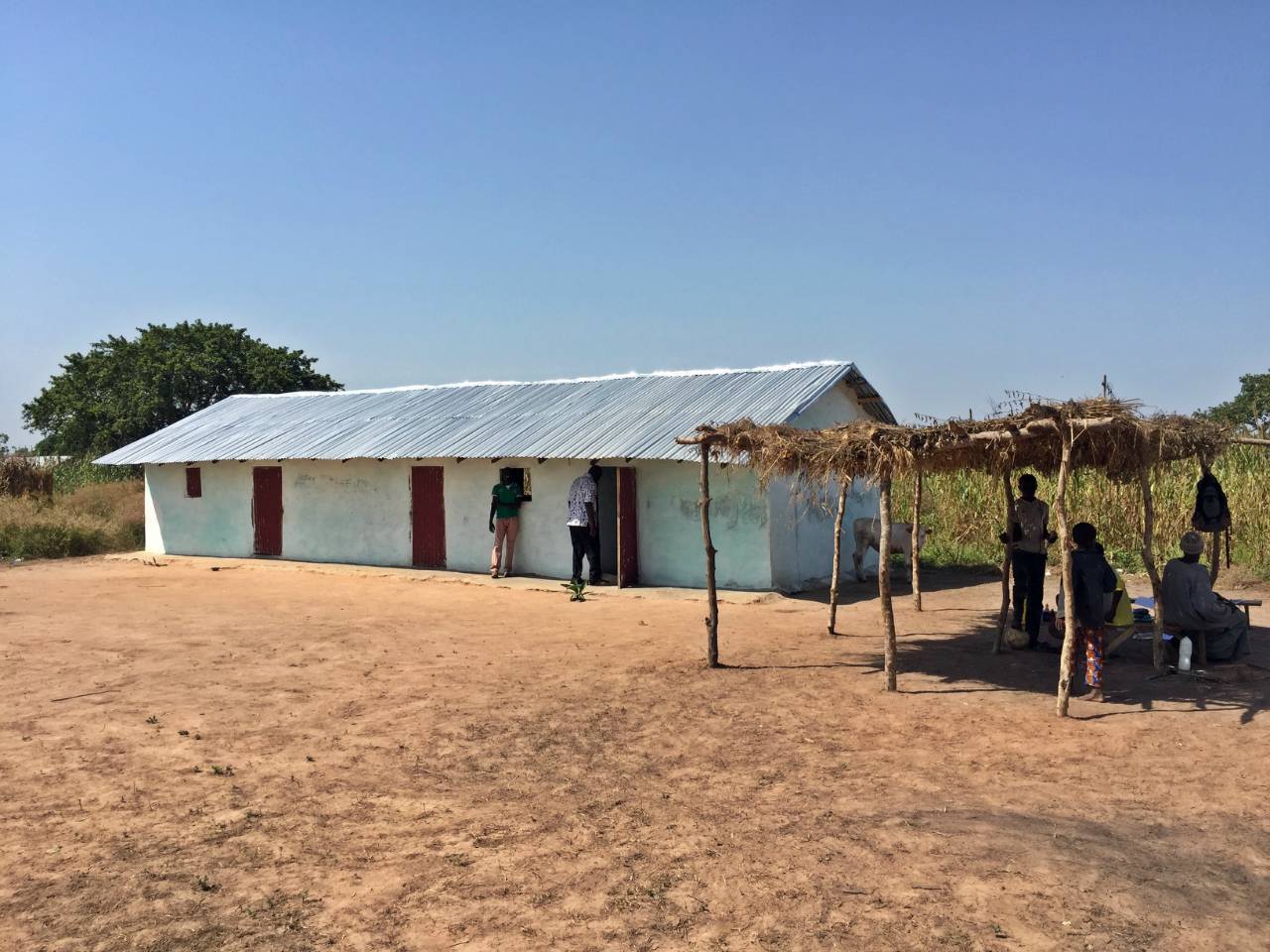 Problem Addressed
While there is a village well not far from the school, there are no toilets. With 176 students currently enrolled, and plans to add a third grade next year, this is not acceptable. The school has erected a screen for partial privacy but only boys use it and students need to go to “the bush” when they need to relieve themselves.

Two handwashing stations, consisting of a stand and a water barrel with a spigot, will be located between and close to both toilet facilities.

Community members will dig the pits, mold bricks from local materials, strengthened with cement, and build the holding tanks and the houses for the toilets. They have already demonstrated that they are motivated and capable, having built the school itself in 2015.

Project Impact
181 people will benefit from the project, consisting of 176 students and 5 teachers. 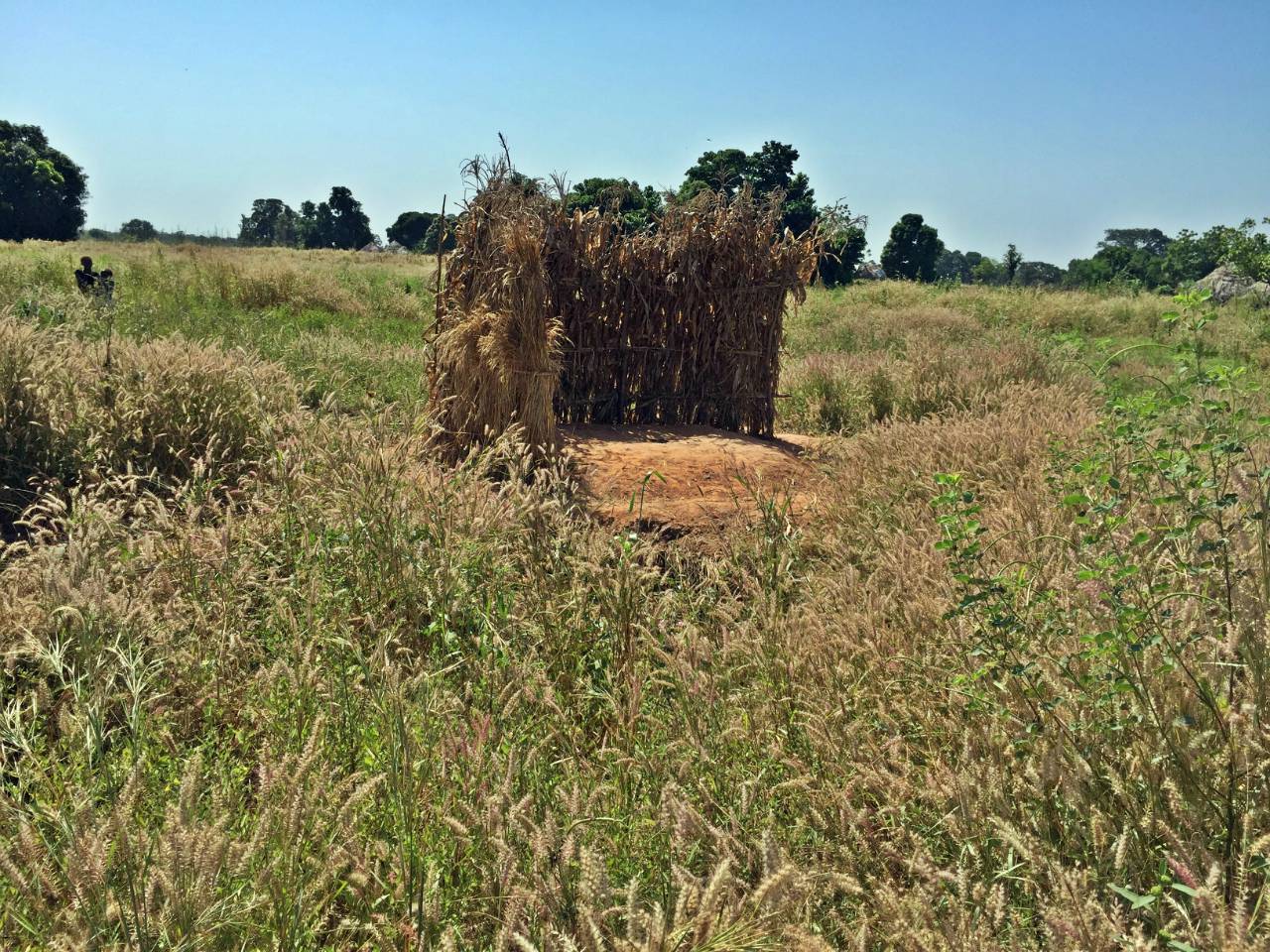 Monitoring and Maintenance
The UpCountry Program Coordinator for GambiaRising, Kebba Sanyang, is the Principal of St. Therese’s Basic Cycle and Senior Secondary Schools in nearby Fula Bantang. He has worked with the community before and oversaw the construction of the school in 2015.

Mike will oversee the project, and verify that the facilities are being used correctly and kept in the proper repair during his frequent visits to the school.

Let Girls Learn
Of the 176 students enrolled currently at Njie Kunda Lower Basic Cycle School, 106 are girls. The addition of latrines will make it easier for the girls to remain in school. While this is not an official Let Girls Learn project, it carries with it the same attributes, providing for the sanitation and hygiene needs of girls. Therefore, we designate it a Let Girls Learn + project.

This project is part of our ongoing Western Africa Water & Sanitation Program. 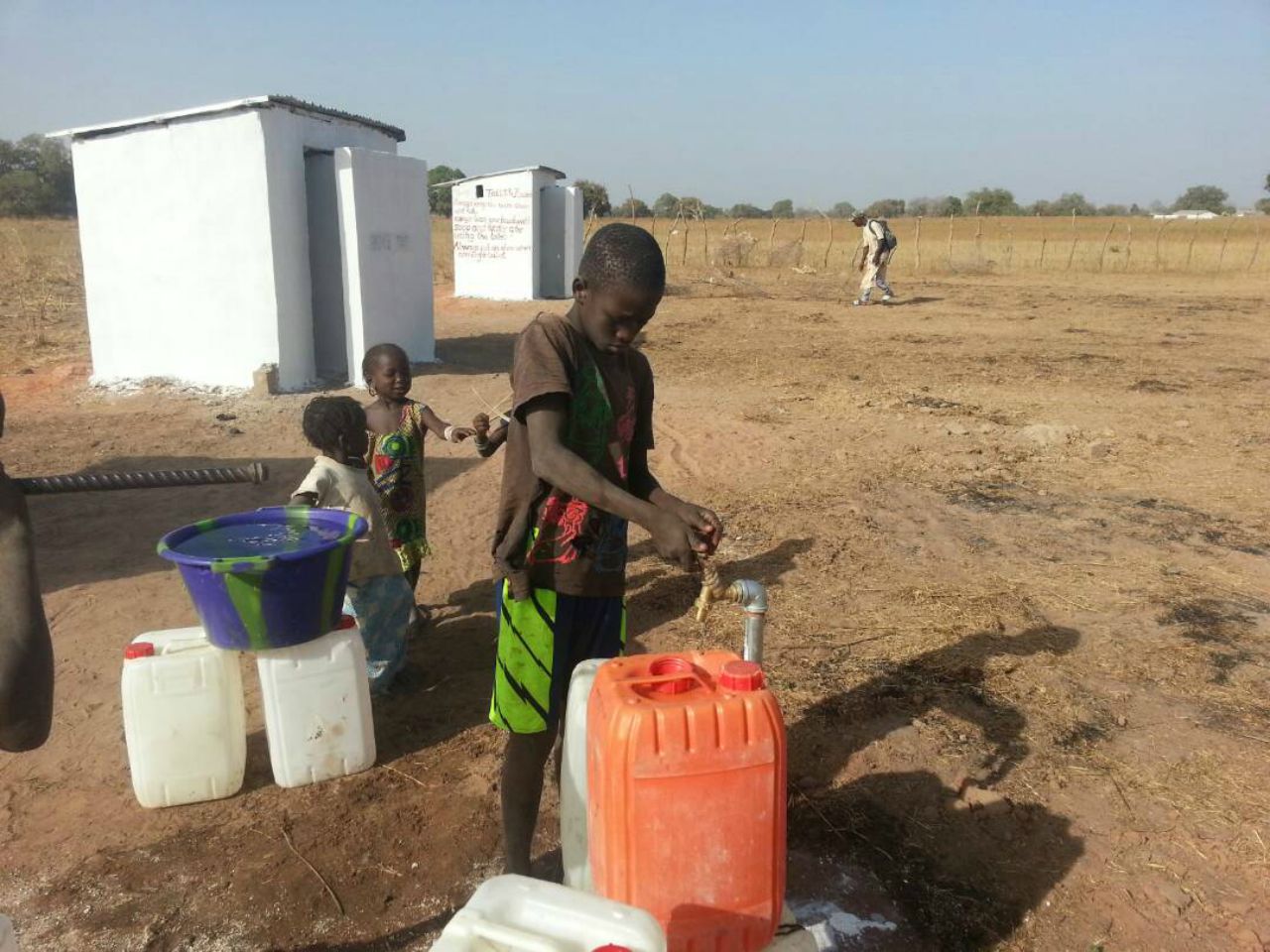 This project has been completed under the direction of Returned Peace Corps Volunteer Mike McConnell. To read about the start of the project, CLICK HERE. 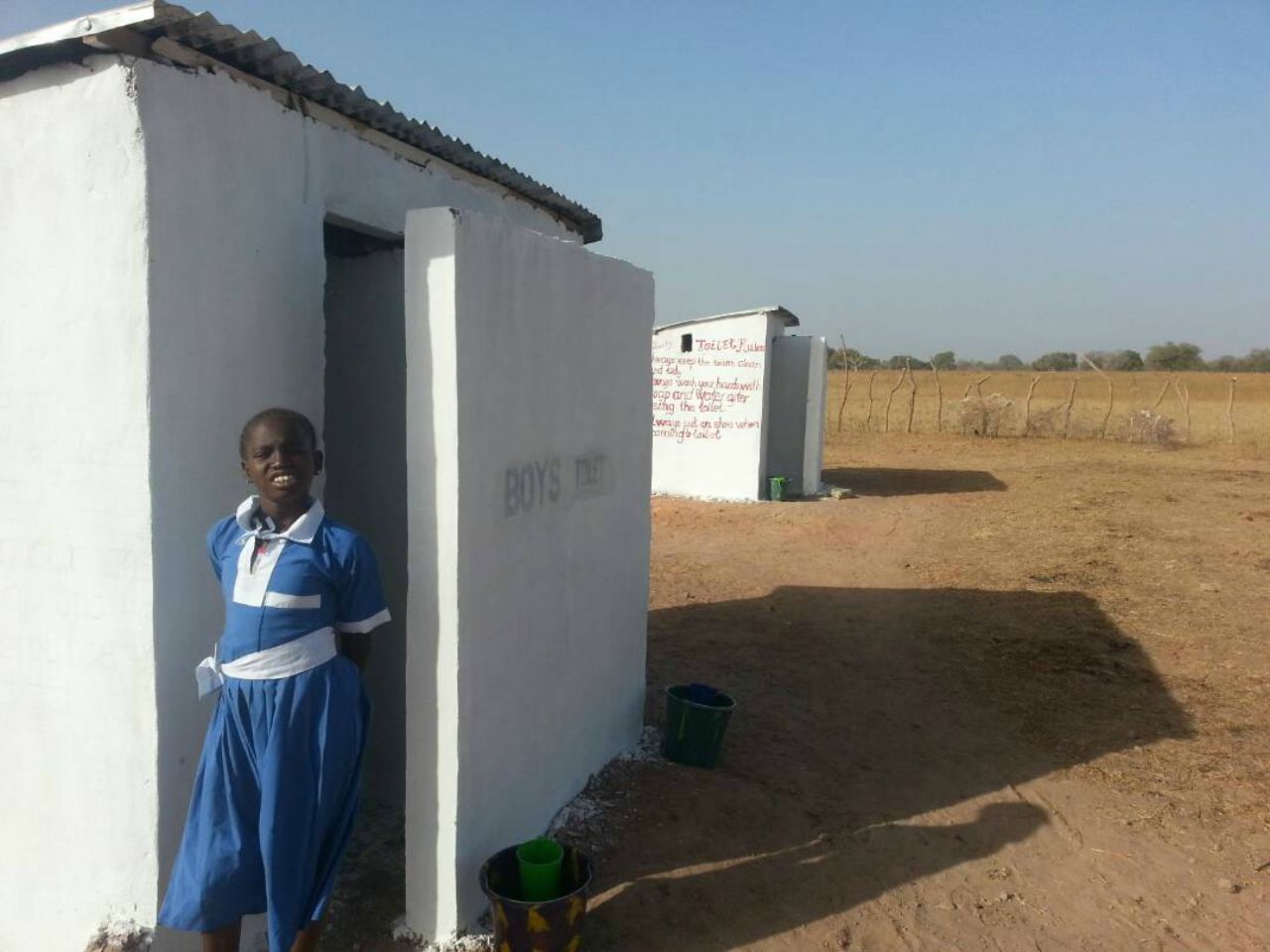 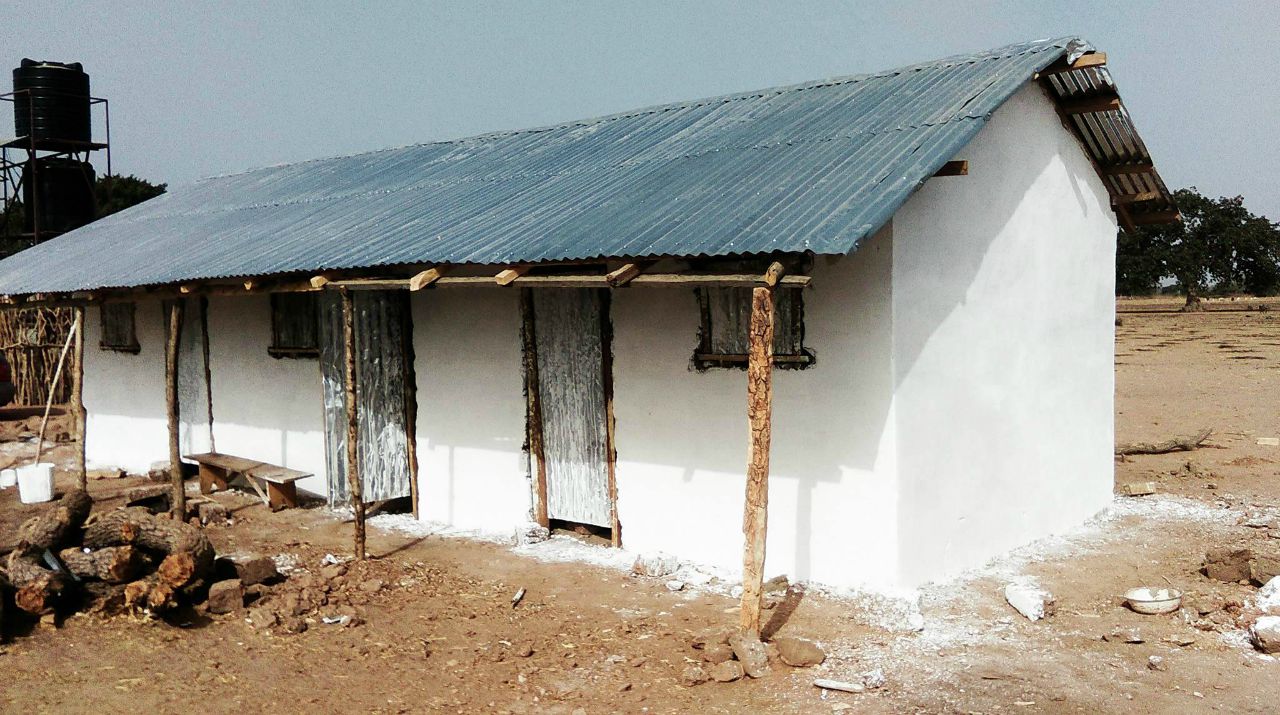 A change in Head Teacher at the school, and some improvements to the toilet project (painting health messages, taps instead of barrels for hand washing) all added more time. The good news is that the project is now complete!

The project serves a school with more than 200 students, in a brand-new school built by the community with materials supplied by GambiaRising and Water Charity. Until this year, it had no toilets of any kind, just a grass and stick wall behind which students could squat.

We extend our thanks to Mike for completing this important project.