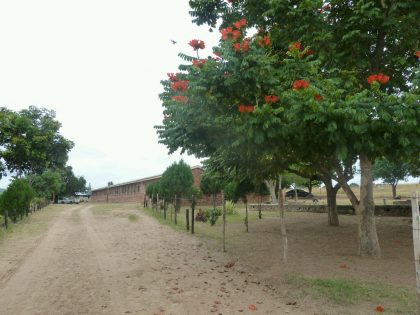 Community Description
Ka-Bungeni is a large village in the northernmost part of Limpopo Province, South Africa, near the border to Zimbabwe. It is situated in a hilly area on the tail end of the Soutpansberg Mountains. The dominant language is Xitsonga.

Bungeni is split into many smaller villages. The project targets Basani, one of the most impoverished areas. Many families in Basani either live in traditional thatched-roof houses, or small homes constructed from concrete or corrugated metal.

Basani is in a sub-tropical area which becomes lush with daily rainfall during the spring and summer but is dry during the winter months. Agriculture is very important; most families grow maize to eat, and many sell fruits and vegetables to generate extra income. Nonetheless, much of the local soil is depleted from years of farming. 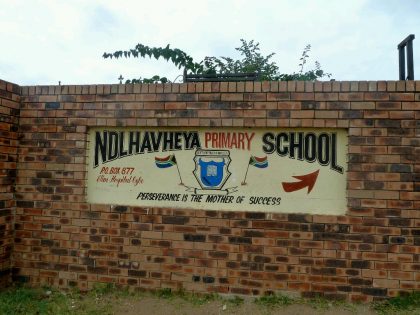 Unemployment is high and many families are otherwise dependent on government money to feed their families. Some families have very little nutritious food to feed their children, and a child’s only meal might be a free school lunch.

Access to water is a major local concern, as there are no rivers nearby. Wealthy families install boreholes, and sometimes sell water to their neighbors. Other families depend on unreliable municipality deliveries and community taps that are often dry.

The Ndlhavheya Primary School educates roughly 400 children from the impoverished surrounding community. The school cannot afford a borehole and is thus dependent on the unreliable municipality deliveries.

The teachers and principal are very interested in beginning a school garden to teach the children about healthy eating and supplement their school lunches, but currently what little water the school has must be conserved for sanitation and drinking. On some hot summer days, the school is forced to close early for lack of water. 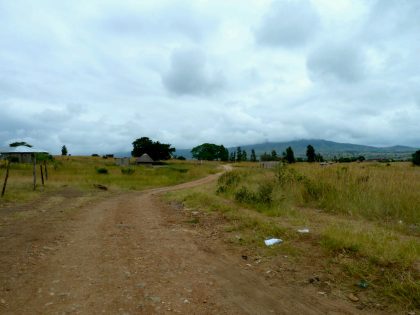 Project Description
402 learners this year, 15 educators, 3 support staff members, and local community members who will attend the permagarden workshops will benefit from the project.

Project Impact
This project is to build a rainwater catchment and storage system at Ndlhavheya Primary School.

Gutters will be installed along the school’s roof. Rainwater will flow into two large cisterns at the end of the school block. These cisterns are plastic water tanks, each holding 2,200 liters. They are of a type used throughout South Africa, and are commonly called jojos. They are available for purchase from several local hardware stores, which deliver.

The school has a supply of concrete bricks that will make up the platform. The jojos have a tap on the bottom which can be attached to a hose.

The water collected in this rainwater harvesting system will primarily be used to support the school garden. The school already has several hoses that will be used to bring the water to the garden.

The garden will be created using sustainable permaculture methods which conserve water while improving the soil.

The food from the garden will supplement the school feeding scheme. Any additional food will be sold, with the money used to buy seeds and supplies for the garden.

Stored water will also be used when the municipality water runs out, so that the school is not forced to close.

The Peace Corps volunteer and a counterpart from a local community development organization will hold a series of workshops throughout the garden’s creation, to educate learners and community members and empower them to employ permagarden techniques in their own gardens.

Water Charity funds will be used to purchase the gutters and cisterns.

The school is contributing funding to hire qualified community members to help the school groundskeepers install the system.

Comments
This is an important infrastructure for the school. It will save money, conserve municipal water for drinking, and maintain a reliable source of water during the dry season.

Dollar Amount Needed
$0.00 – This project has been fully funded through the generosity of Anonymous, of Bozeman, MT, USA.

We encourage others to continue to donate using the Donate button below, and we will notify Peace Corps Volunteer Kelsey Griffiths of your donation. Additional funds will be used to fund the next project by Kelsey and/or those of other PCVs in the country of service.