We are very pleased to report on the outcome of the 2009 running of the Moringa Ride – Togo. Water Charity sponsored this event as a first step in spreading knowledge about the Moringa tree and promoting its use as an important tool in the battle against world hunger.

The result was an extremely successful event that can serve as a model for subsequent rides in Togo, and a methodology that can be replicated elsewhere in places where Moringa use would be beneficial.

The difficulties that are encountered in planning and carrying out a venture such as the Moringa Ride can only be fully appreciated after doing it in the best way possible, and then evaluating what went right and wrong.

It is a daunting task to plan an event in spite of the fact that there is no way to know whether the necessary funds will be forthcoming. In that regard, the organizers, Peace Corps Volunteers William Vu and Christian Mason, are to be commended for pushing ahead despite the uncertainty.

Planning for the event did not begin until 2 months before the scheduled departure date. Water Charity, seeing the importance of the event, and the potential benefits to be derived therefrom, stepped in with support literally weeks to go before the ride was set to begin.

The steps necessary for such an event to succeed are numerous. They start with the obvious tasks to be accomplished to promote the event. They continue with the logistical planning to arrange for the presentation venues. They proceed to arrange for the feeding and lodging of the participants along the route. Finally, there is the training and testing component, to make sure that the participants will be physically able to carry out the mission.

In readying for the ride, William suffered a training injury, falling from his bike and injuring his leg. William reports:

Unfortunately, I’m down in Lome in the medical unit because my leg got infected. This was from falling off my bike a week prior, and with all the preparations leading up to Moringa Ride, I never gave it a chance to properly heal. I’m getting better right now and the antibiotics and rest are helping out a lot. 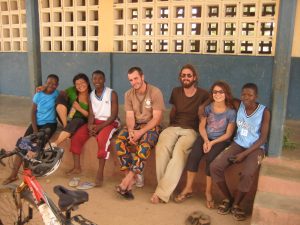 Talking about the ride, William told us:

I would say that it was a success in that we were able to do Moringa presentations in the 13 communities, and we had significant crowds show up wherever we went.

We were able to discuss all the key points about Moringa, and the only thing we changed in our presentation was the nursery aspect. Instead of giving 200 plastic sacks with seeds to the school or a hospital, we decided to give them out individually. We felt this was easier and more effective. The individuals would have a more vested interest in the upkeep of their own Moringa Tree. We couldn’t give a tree to everyone in the audience, but we targeted village women, since they’re the ones who do all the cooking and take care of the children.

In evaluating the outcome of the project, and expressing his appreciation for our support, William comments:

I appreciate everything Water Charity has done for the ride. Our purpose was to spread knowledge of this “Miracle Tree” in the Savannah region. I think it was important that we took the first step to talk about Moringa on such a grand scale. The spectacle of the presentations that we made in each of the 13 communities should lend some credibility to this tree.

What is coming up for the future? William reports:

Once my leg heals up, I will probably go back in a month and see how trees are progressing in the respective communities, as well as to leave an informational booklet on Moringa at the local health clinic.

Plans are underway for repeating this concept next year, to reach areas that the group was unable to include in 2009 running.

This project has inspired Water Charity to begin a new initiative to promote the use of the Moringa tree in developing countries around the world. We are asking people who are involved in any aspect of the cultivation, dissemination, and use of Moringa to contact us and let us know what you are doing. 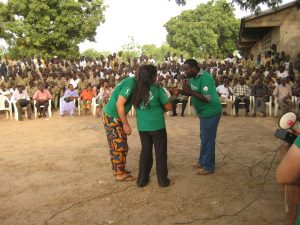 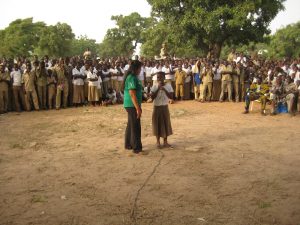 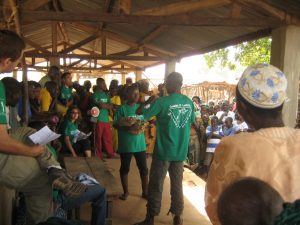 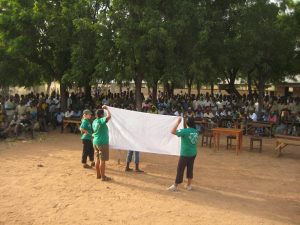