This project has been completed under the direction of Peace Corps Volunteer Jeremy Goldsmith.

The project was to provide a water supply for irrigation of three garden sites inside the Minteh Kunda Lower Basic School.

My counterpart, Kaymo Marang, a former headmaster at Minteh Kunda Lower Basic School, was the main coordinator of this project. In developing and writing this project, Kaymo and I had many discussions of money management. We did some bookkeeping and recorded everything, which was great personal practice for him in his own money management.

With the knowledge that the funds had arrived, Kaymo, the teachers and the school committee organized a meeting to discuss buying and transporting supplies. A few days later, Kaymo and I took a car to Farafenni to buy supplies. Since the school is right off the road, it was very easy to bring supplies back. 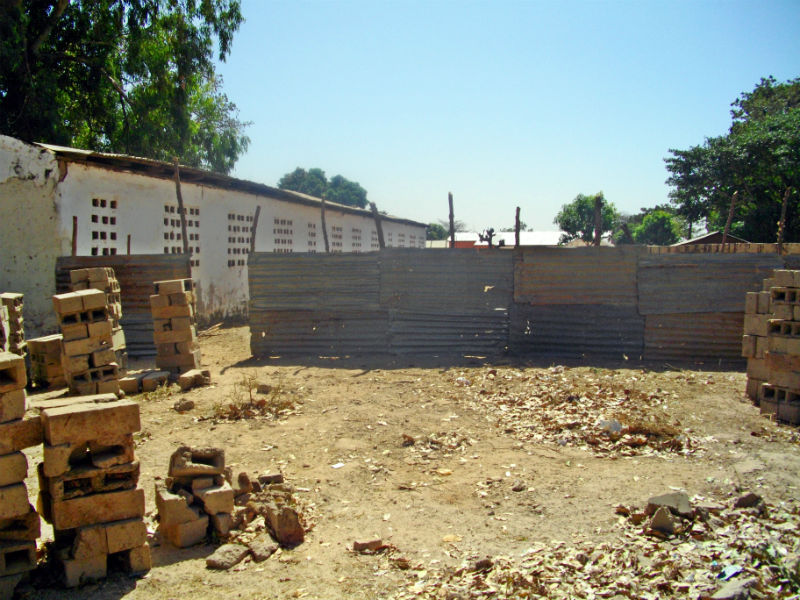 Kaymo was then replaced by the current Headmaster at Minteh Kunda Lower Basic School, Sheriff Njai, who stepped in to finish the project. It took a week to complete all the construction.

The village fully took on the project organization and progression when I was not around, which is exactly what I wanted to happen.

After a week of hard work, the school had two new taps for the gardens they had created. The completed cement taps and piping are now protected and ready, and should be safe from any damage that children or other people could bring.

Since the completion of these two projects, the school has put the taps to great use, and the students are now seeing vegetables in their school food bowl. I am very impressed with the effort they put in and their continued enthusiasm.

Thank you very much with your assistance.

We are grateful to Jeremy for completing this project, and again thank Jacqueline Chan and Averill Strasser for providing the funds in honor of the marriage of Ginny Sim and Eric Anderson.