This project has been completed under the direction of Peace Corps Volunteers Laura d’Elsa and Abigail Pershing. To read about the start of the project, CLICK HERE.

The project was designed to rehabilitate 13 latrines in the village of Medina Yoro Foulah (four at the pre-school and nine at the elementary school), and to construct 16 new latrines in the following locations: four each in Sare Demba and Sinthiang Yoro Douda, and three each in Touba Mboyene, Sinthiang Sadio, Demanoufa, and Kour Sally. 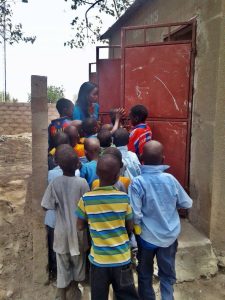 The project targeted eight schools in two communes in the Southern Senegalese region of Kolda. It was conceived in a conversation between the principal of one of the primary schools in the commune and the locally-based Peace Corps Volunteer, Laura d’Elsa. When asked about the school’s biggest problem, he answered: “The lack of functional latrines”.

Though herself a Community Economic Development Volunteer, Laura decided to take on this issue as her first project. (Sanitation projects are typically implemented by Health Volunteers.) The commune where Laura lives supports a pre-school, three elementary schools, a middle school, and a high school. However, the extreme poverty of the commune had meant that only the middle school had been able to provide functioning latrines to its students. The primary school she visited and the pre-school had latrines, but they were in a state of such complete disrepair that they could not be used. The other two primary schools had no latrines at all.

The situation in the neighboring commune, where Health volunteer Abigail Pershing lived, was similarly bleak: four of 10 schools in total had neither access to latrines nor running water. Students would relieve themselves in the bush without being able to wash their hands, causing widespread hygiene-related diseases. The lack of functional latrines also exacerbated the existing problem of gender imbalances, particularly at the higher levels of schooling, as teen girls who have reached puberty often choose to stay home during their period for lack of adequate hygiene resources.

As the severity of the situation became evident, the project quickly grew in scope: Abigail joined the efforts and the mayors of the two communes asked to include all schools without functioning latrines. In total, it would cover the construction or rehabilitation of 29 latrines at eight schools, benefitting more than 1,000 currently enrolled students.

The goals of the project were to improve overall sanitation practices and to increase regular school attendance of female students in the two communes. The mayors of the two communes, all village chiefs, school principals, and presidents of the parent-teacher associations were fully involved in the planning and implementation of the project in order to guarantee community buy-in and project sustainability.

Work was split into two parts: construction and capacity-building activities. Construction ran over the course of three months from February 2017; it was handled by two masons and one plumber. One mason and the plumber were responsible for the rehabilitation of 13 latrines at one primary school and one pre-school. 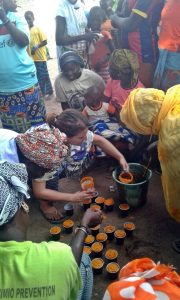 The second mason handled the construction of 16 new latrines at six schools (four schools with two latrines each and two schools with four latrines each). He worked with an assistant mason and a team of bricklayers in each village to do the following: 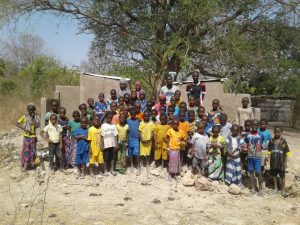 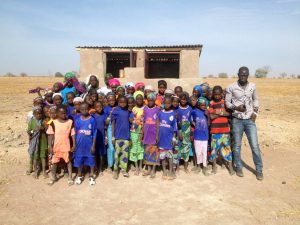 The villages (represented through the village chiefs and the presidents of the Parent-Teacher Associations) had been responsible for digging 2m x 2m x 2m pits and for providing the gravel, sand, and water needed for construction.

When construction was completed in late April 2017, a small amount of money was leftover in the budget due to currency fluctuations. After discussions with the mayors, the Peace Corps, and Water Charity, this money was then used to connect one of the schools with new latrines to the water mainframe, install new piping from there to the school, and build a handwashing station with faucet.

A new high school with latrines is currently in the process of being built. At present, high school students are being taught in straw huts. They can now use the latrines that were renovated at the primary school next door as part of this project.

The classes were held in conjunction with community health workers and the principal of the school at each site. Abigail started each class with WASH training. This included information about the importance of handwashing in preventing disease transmission (particularly diarrhea), the critical times for handwashing, and the appropriate technique for handwashing.

After this, Laura showed the parents and teachers how to make soap and how to calculate the costs and possible benefits. She explained how soap making was beneficial for private consumption (because it is cheaper to make than to buy) and could therefore also be easily sold for a profit.

Once the new school year starts in October 2017, Laura will visit the participating schools to check on the state of the latrines, test the retention of knowledge from the handwashing training and conduct additional training.

We extend our thanks to Laura and Abigail for completing this important project. 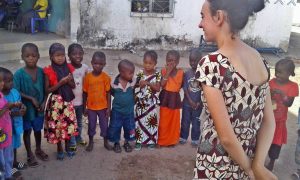 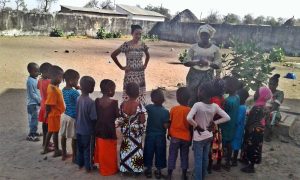 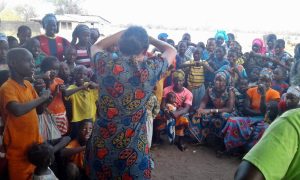 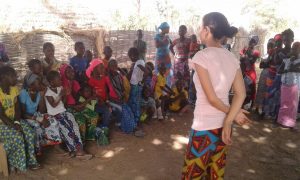