This project continues Phase 2 of our South Sudan Well Rehab Program.
The project has been completed. See #Conclusion Report below. 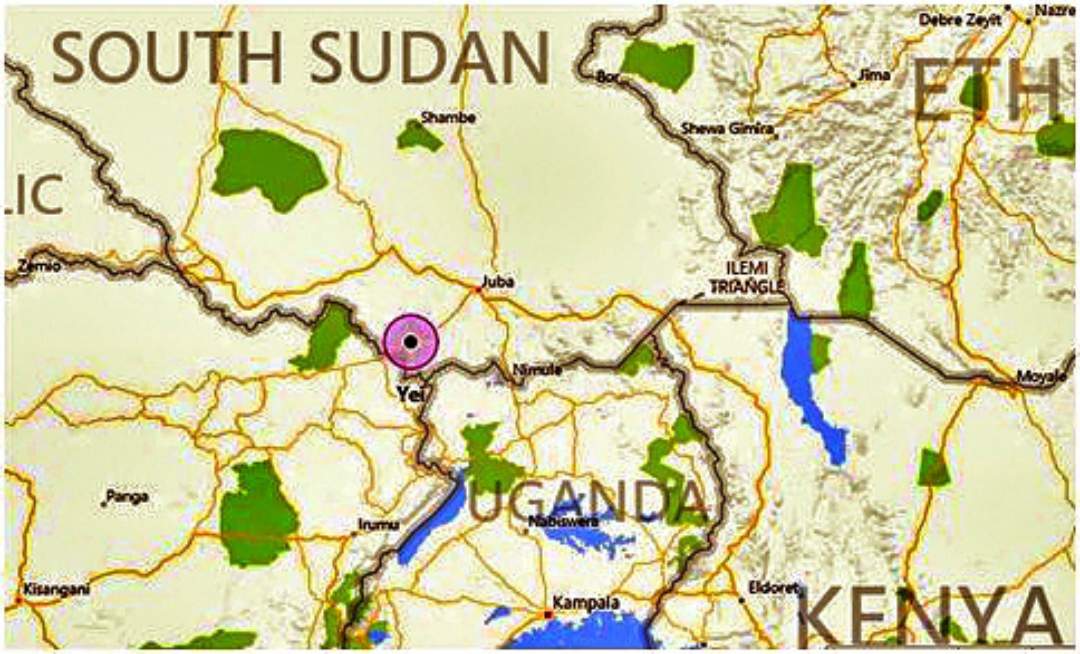 Community Description
Marakonye is a village found in the northern part of Yei River County, four miles away from the main Yei Town.  The community of Marakonye has been around since the 1920’s, mostly comprised of the Kakaw tribe of the Tike Forest.   For economic prosperity, the 20-household village works in lumbering and farming.  With both a primary school and a regularly and highly attended church, many individuals benefit from the borehole, located just outside the primary school.  The school’s attendance has dramatically decreased due to lack of water and the school’s transition to government funding.  Since 2011, the school has had to repair the borehole two times. 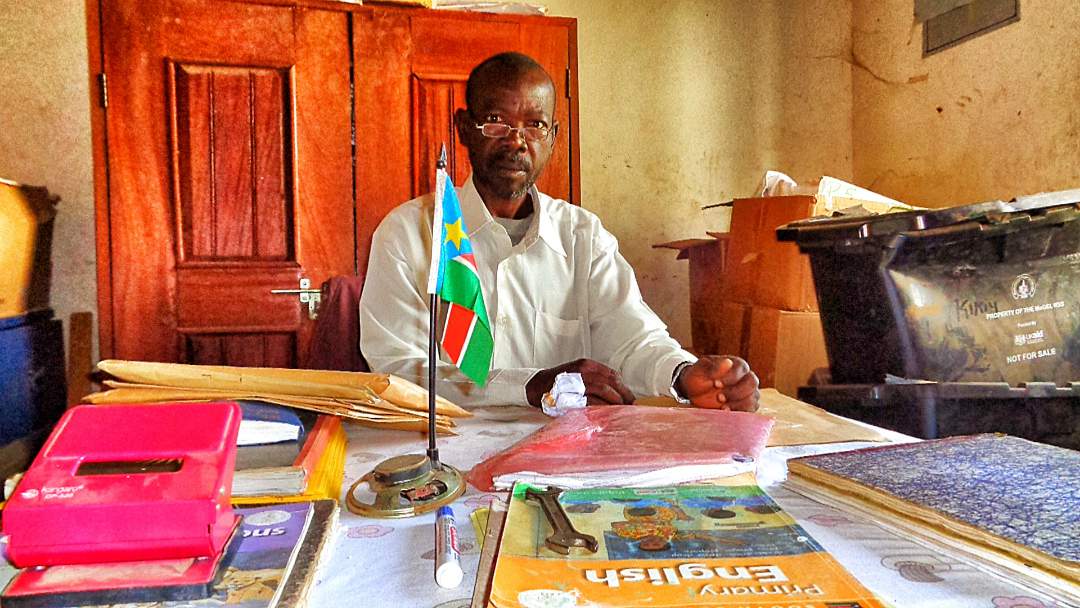 Problem Addressed
Alex Kiliona Peter is the head teacher of the primary school. He, along with his wife and six children, live four miles away from the school. The borehole was originally drilled for the school, but with a despondent surrounding community, it has been difficult to rally support and funds to fix the borehole. Alex is nervous, as school starts up again in February, and his 668 pupils have no way to obtain drinking water while in their classes. Alex remembers how the borehole broke during last semester’s exams and the treacherous conditions the students put themselves through as they sat through exams, dehydrated. 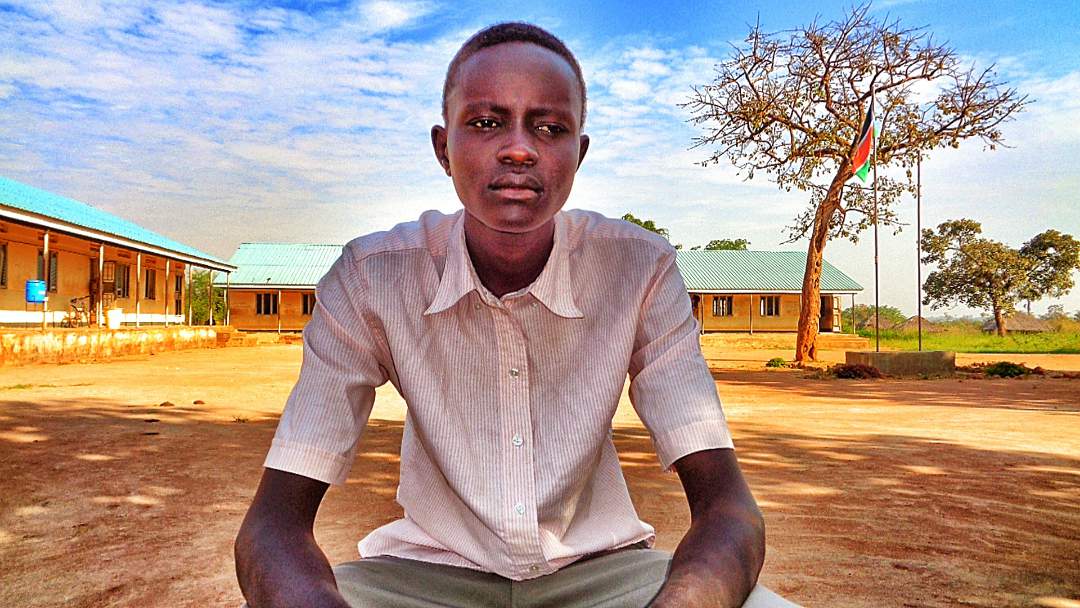 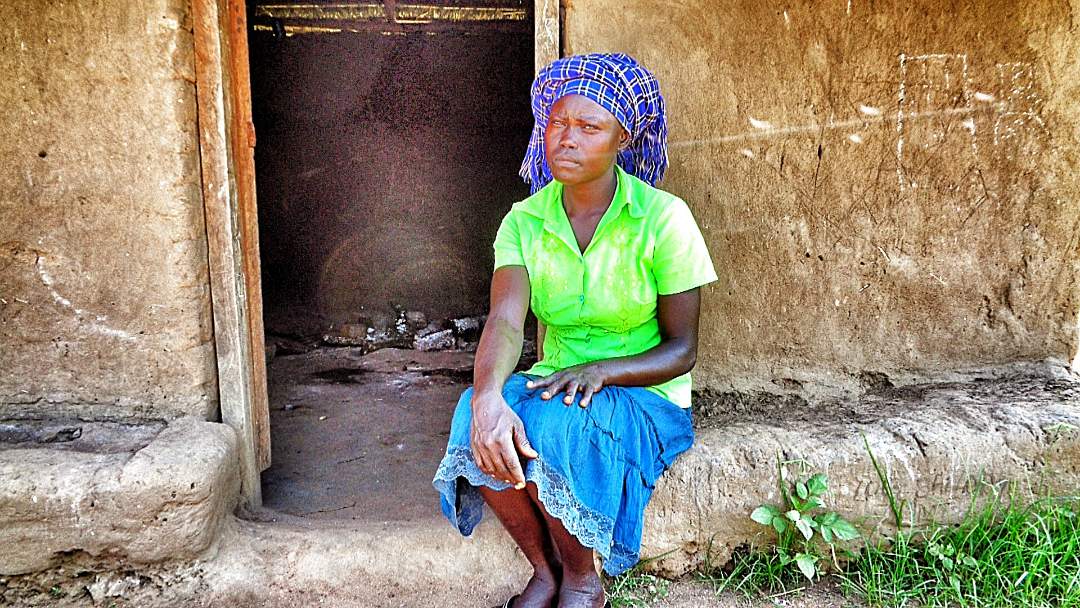 Problem Impact
This project will impact 646 people directly; 640 students and at least 6 staff.  This well rehab will also impact visitors, future students and the surrounding community. 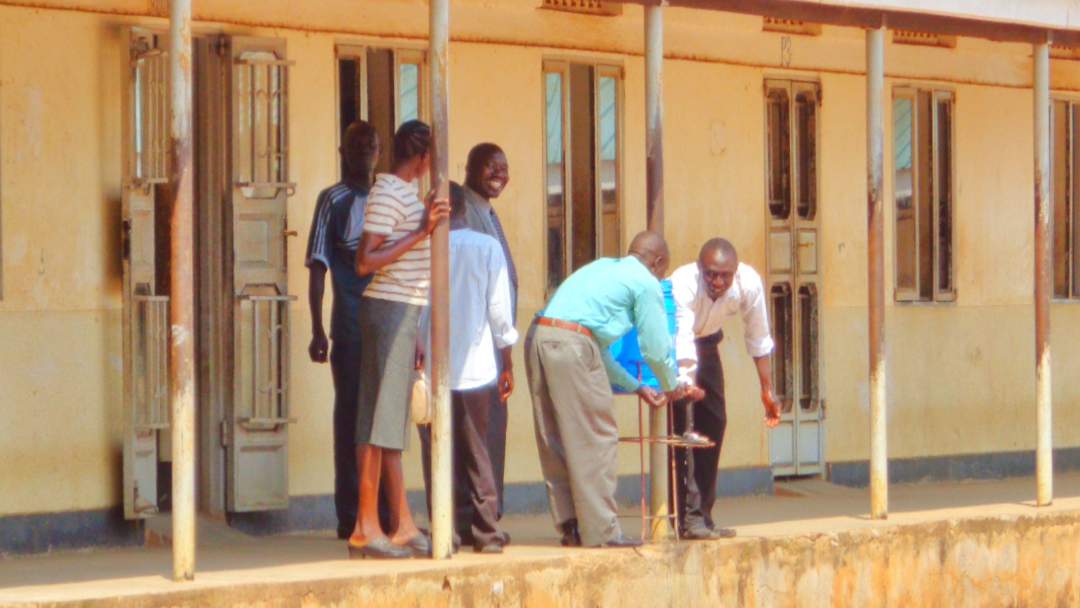 Providing clean and close hydration for pupils, teachers, and school staff, provides a greater attentiveness, regular pupil advancement, and relieves the extraneous stress from those whom depend on the borehole for use during school and for their families throughout the day. Providing a better environment for education helps keep medical costs low and empowers pupils to graduate and obtain jobs that allow them to put money back into the community and funds for borehole management. 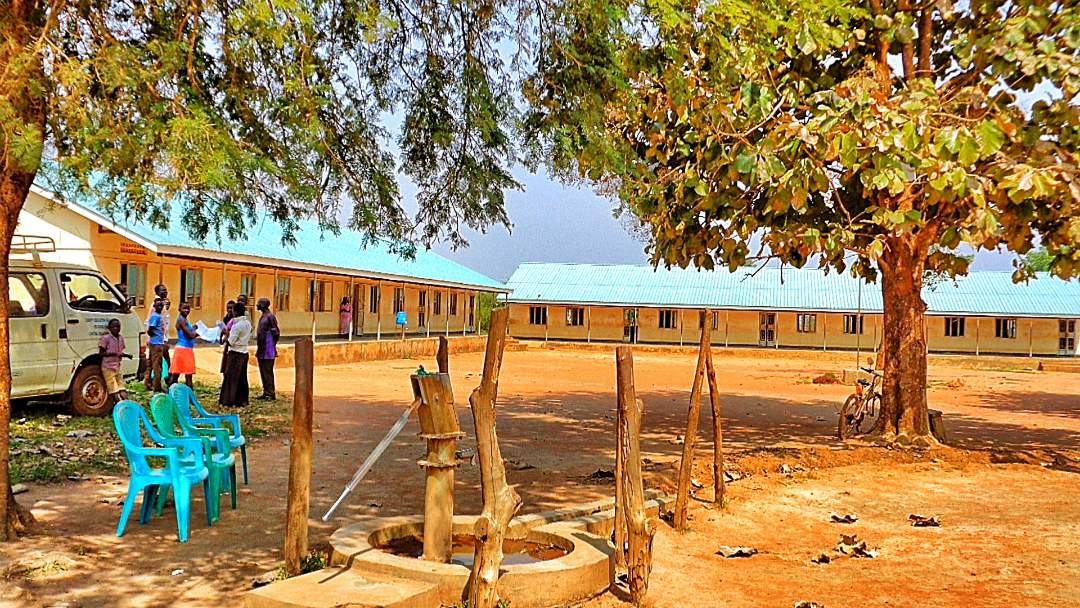 Water is Basic is a borehole drilling organization in the Republic of South Sudan birthed and led by Sudanese religious leaders in response to the Country’s water crises. It is a Sudanese solution to a Sudanese problem with funding from Water Charity. The organization also utilizes thousands of volunteers who work to manage and oversee operations of wells once they are installed or restored. 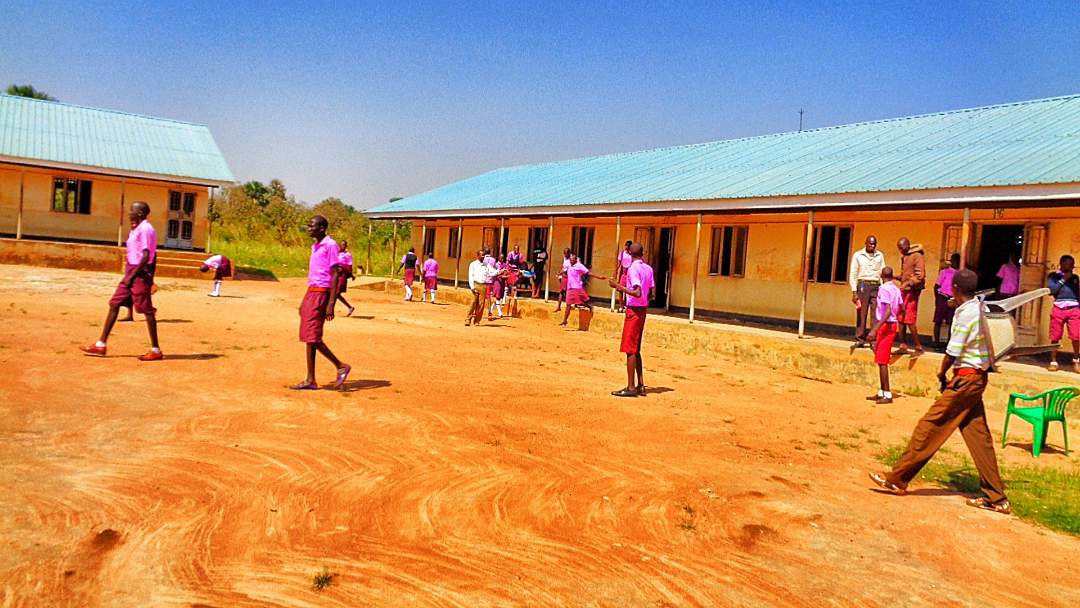 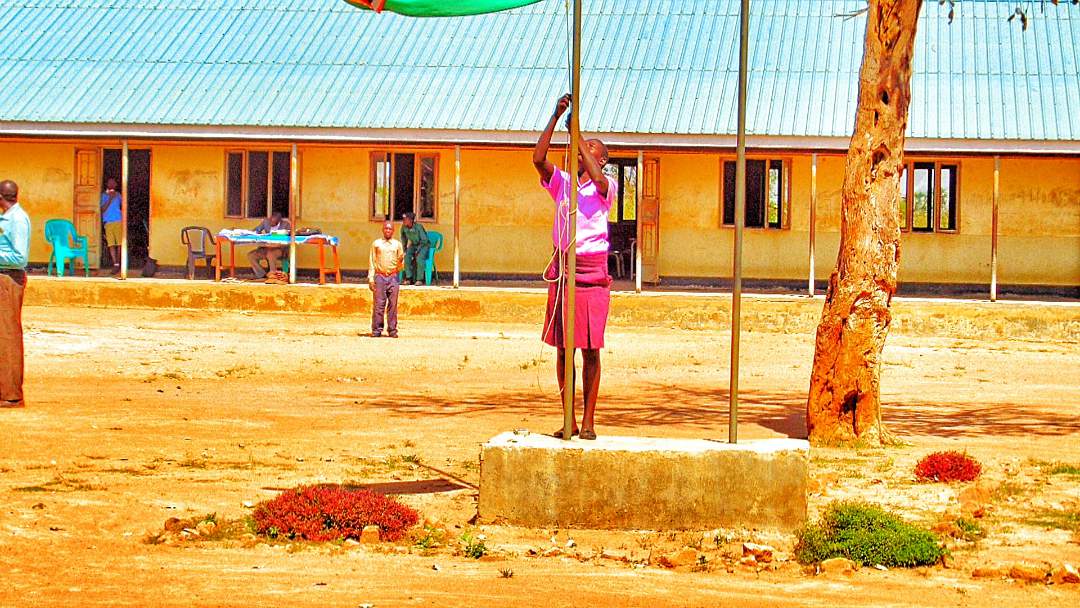 This well repair at the Marakonye Primary School was completed and carried out successfully through the partnership of Water Charity and Water is Basic, as a result of Grassroots Peace negotiations in South Sudan. It was started nearly one year ago, and was interrupted due to the outbreak of war and guerrrilla fighting in the area.  For many tense months at the end of 2016 and early 2017 the Yei region, and South Sudan in general, teetered on the edge of civil war and genocide.

Committed to ending the ongoing suffering of people in the country and in refugee camps, Water is Basic’s Bishop Elias Taban successfully brokered an agreement to bring peace and stability back to Yei River State and, in doing so, demonstrated the model for a grassroots “bottom up” peace approach now serving as a catalyst for the entire nation. President Salva Kiir has requested this grassroots model be taken to all 32 states in South Sudan, beginning in Torit and Boma. Bishop Taban has gained significant influence with all parties involved and serves a valuable and particular role because the church is viewed as a neutral party.

Crucial to the return of people to their homes and rebels to assembly points is working well managed water points. The Water is Basic/Water Charity partnership is pleased to be rehabilitating wells at an urgent pace.

The numbers of wells deserted and now needing simple repair is in the hundreds to thousands.

The major problem resolved with the borehole repair is the student performance level increase, a factor that largely plays in determining if parents will transfer their students to other schools or out of school entirely. Students perform better when they are well hydrated and when they can spend most of their time in the classroom, not looking for something they are already struggling without. With the well in working order, the community is now able to transition their focus on raising an educated generation.