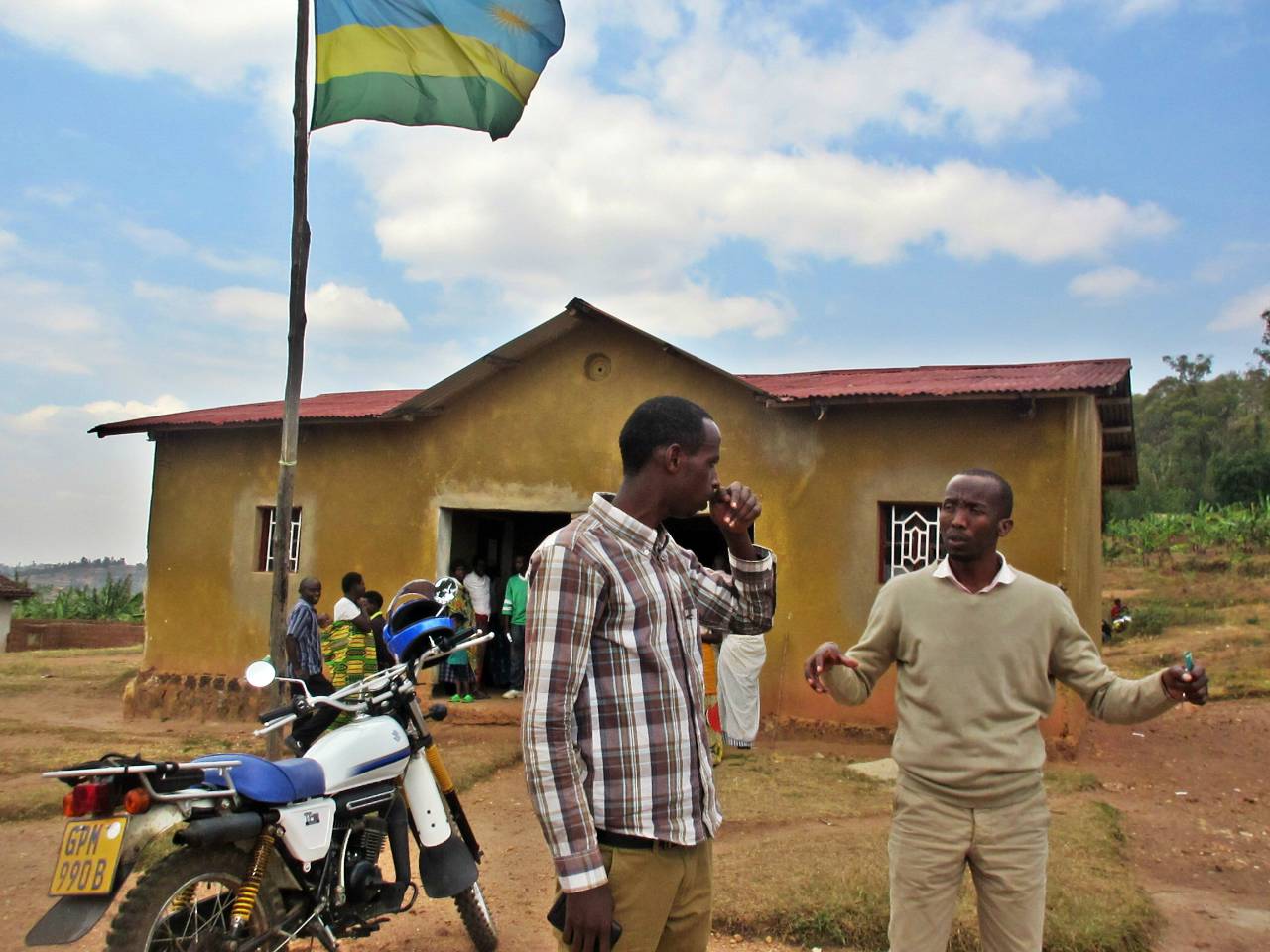 Community Description
Mara cell is located in Ruhashya sector, in Huye district, in the Southern province of Rwanda. It is a hilly and mountainous area, with the cell surrounded by forested areas and valleys. It is home to approximately 3,200 people. There is one primary school, serving approximately 700 students.

Life in Mara cell is difficult. Many people live in poverty, as a majority of people do sustenance farming to make their living. Farmers cultivate plantains, beans, and corn, or herd livestock, especially cows and pigs. Mara cell is known for having the best plantains in the sector.

There is no electricity or access to a clean water source in the cell. When fetching water, it is typical to travel 2 to 3 kilometers, spending 30 minutes to an hour doing so. Often, families have to find water in neighboring cells, or they fetch unclean water from the valleys.

Every Tuesday, groups gather to save and lend money, as the cell leader explains, with the hope that all citizens may be able to buy health insurance, at a cost of 3,000 RWF ($3.85 US) per person for one year. This is one community-driven action they are doing to reduce poverty in the area. 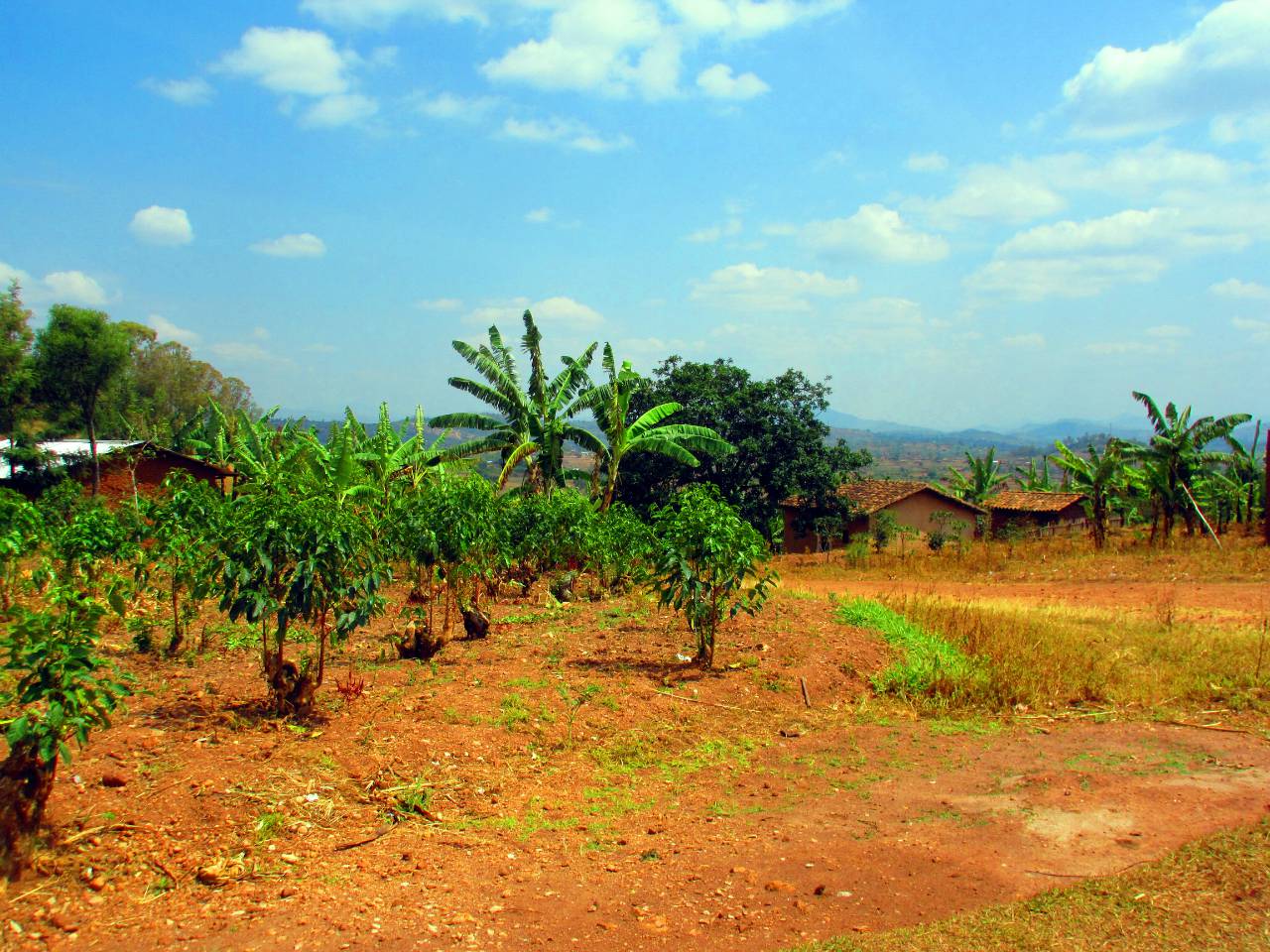 Problem Addressed
Mara cell is the most impoverished in the sector. It is rife with malnutrition, poor hygiene, and malaria.

One of the largest problems in the cell is that there is no access to water. People living in the area must travel to neighboring cells in order to fetch water, often spending up to an hour to do so. Because fetching water takes so long and water in the community is scarce, the citizens tend to prioritize water conservation over proper sanitation and hygiene, leading to increased disease, such as worms, diarrhea, and malnutrition.

Project Description
This project is to build a water system in Mara cell.

The project has been approved by the Ruhashya Sector Office, and will be carried out under the direction of a local water engineer. It can be broken down into three parts: (1) Extending pipeline to the cell office, (2) building the water source, and (3) conducting WASH training.

The Mara citizens, as part of their “umuganda,” a day of community volunteering, will use hoes, picks, and other tools they own to dig the trenches for the pipeline. The piping will then be connected and buried.

Water Charity funds will be used to purchase the pipes and the construction materials to build the water source.

3. WASH Training
In order to address the issue of disease burden in the community, community health workers in Mara cell will attend a training on WASH so that they may be more knowledgeable in teaching this topic to their neighbors.

The training will address preventive hygiene measures that are the frequent cause of health issues in the community. It will be led by Community Health Worker supervisor and the Health Center Titulair. 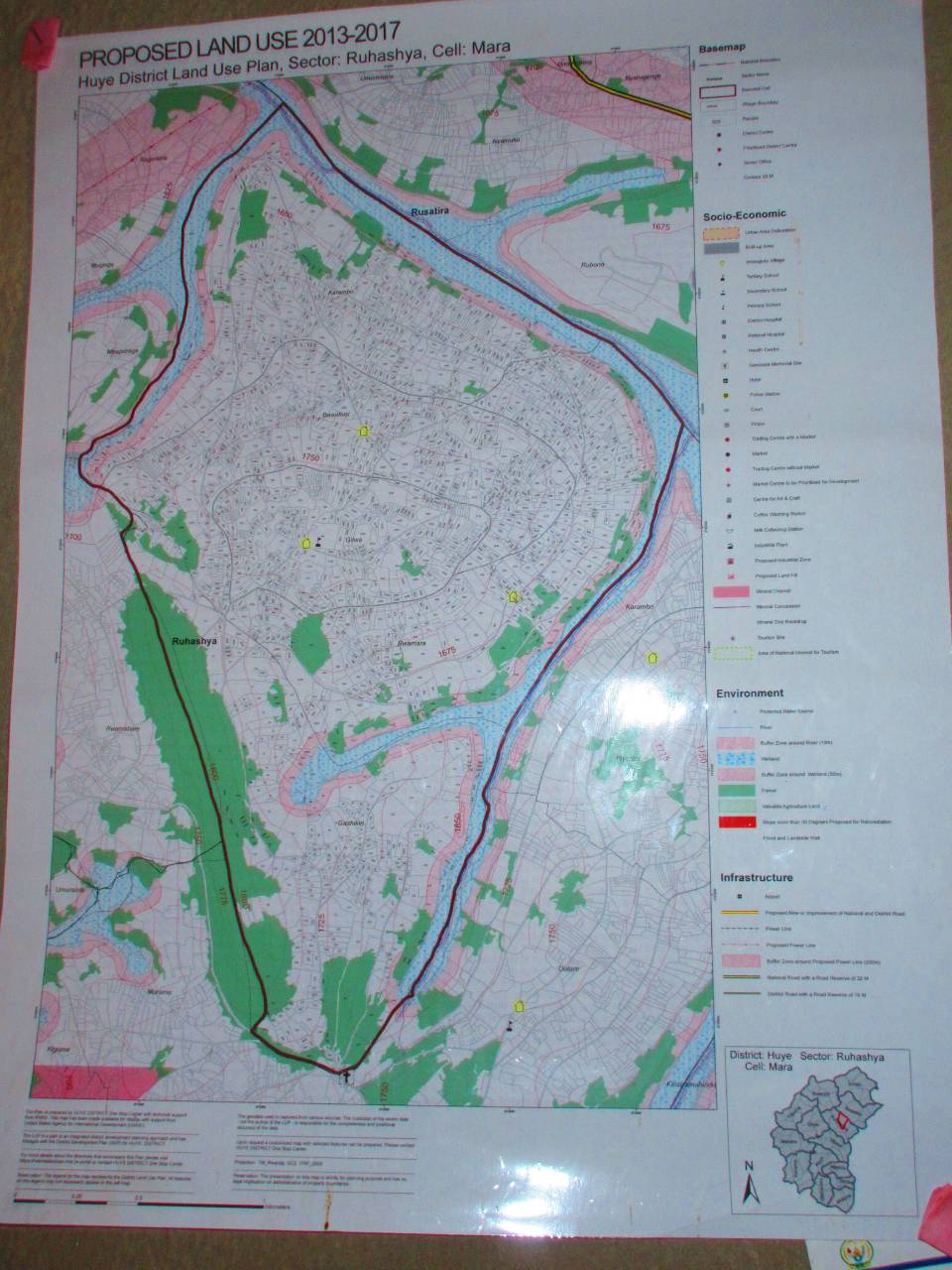 Mara citizens have already been sensitized to improving their health, and decreasing the disease burden is one of the benefits that can come with improved access to water. With the access to a nearby water source, they are eager to learn how they can change their behaviors.

Project Impact
3,800 people will benefit from improved access to a clean water source.

Monitoring and Maintenance
The Sector Social Affairs Officer has created a plan where the citizens of Mara cell will be charged 10 RWF for a 20 L jerrycan of water. The money collected will be used for maintenance and repairs.

During the first few months, the charge will be waived in appreciation for the work and materials that they have provided.

$0 – This project has been paid for through the generosity of Judi and Jack Quinn.

Additional donations will be used for new projects in Rwanda. 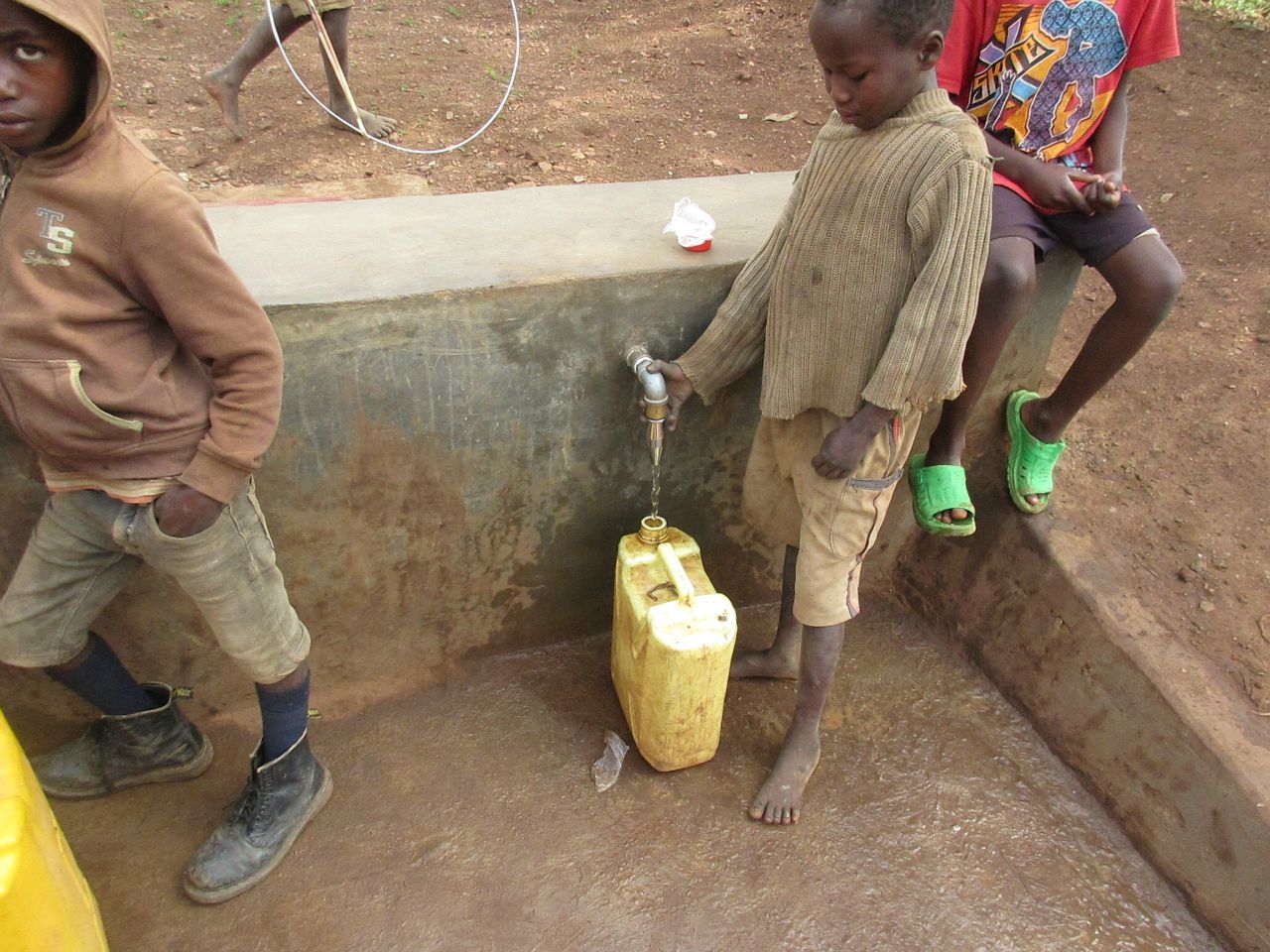 This project has been completed under the direction of Peace Corps Volunteer Susan Robins. To read about the start of the project, CLICK HERE.

The project was designed to build a water system in the Mara Cell. The project exceeded expectations.

What specific work was done?
In two phases, the Mara cell community was able to build two water stations. Additionally, 102 community health workers attended a training on sanitation and hygiene.

In the first phase, community members from two cells volunteered their time in digging a trench to place pipeline over two and a half weeks. Over 2,400 man-hours were put in for this work. When the trench was finished, a pathway existed which allowed for the 1.6 km of pipeline to be placed. 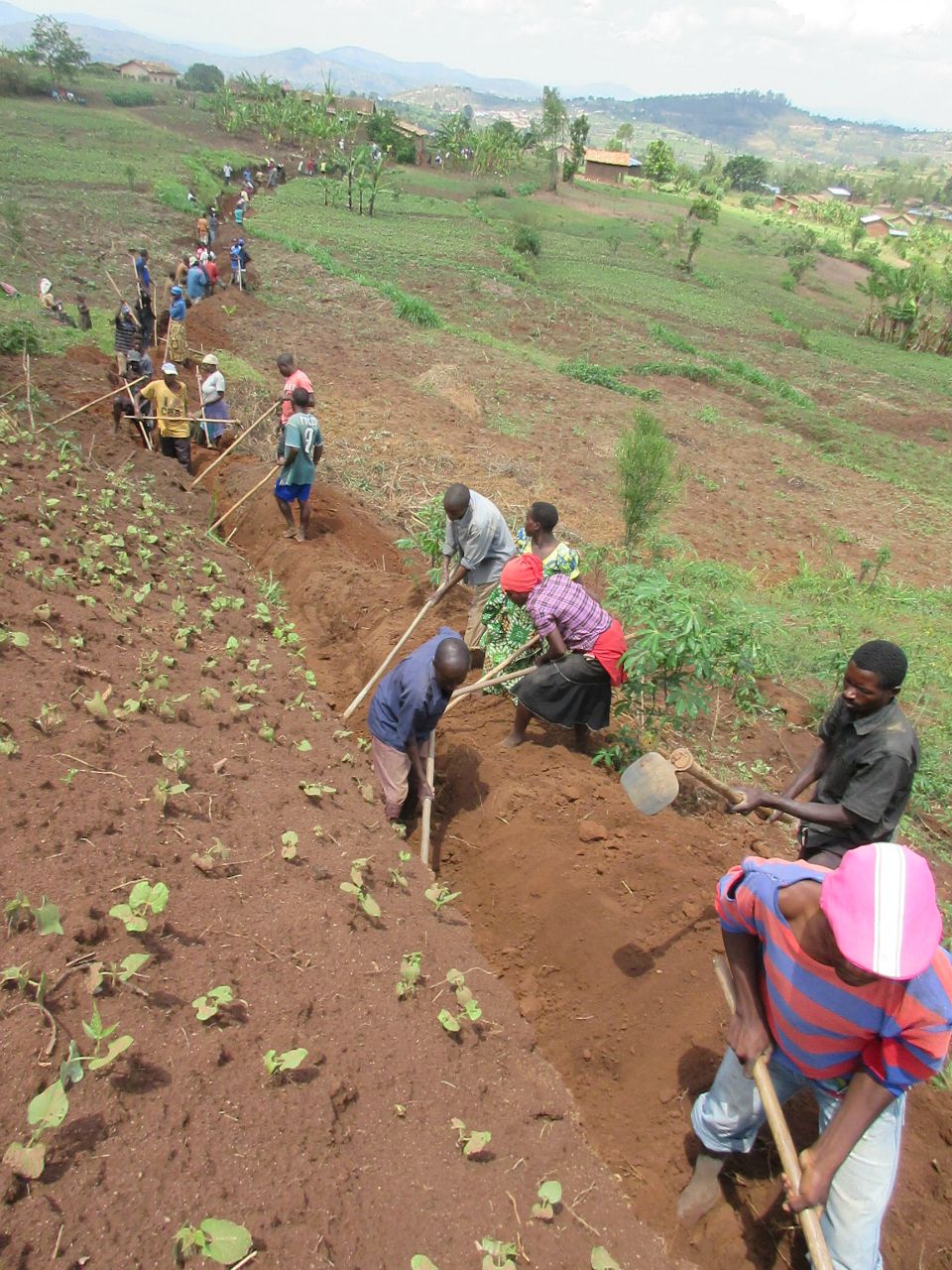 The local the water company was responsible for the oversight of the project. The water engineer and his 12-person team worked over the next two weeks, buying materials, connecting pipes, installing the tank, building the spigot, and correcting any water pipe connection issues. When all of the installation was complete, and problems were corrected, workers filled in the trench, providing safety and protection to the piping, and restoring the land to its original state.

Training and education on the importance of safe drinking water and hand washing was provided to community health workers. They were taught the ways to prepare safe drinking water and the key times to hand wash. Additionally, there was a demonstration to show adequate hand washing by using a bit of oil and sand to cover the hands; when proper hand washing techniques are used, the hands become clean. With improper hand washing techniques, oil and sand residue may remain. Community health workers were directed to teach the information they learned with their neighbors.

In the second handwashing station phase, community members from Mara Cell volunteered their time to dig a 500-meter trench. Over 1,000 man-hours were put into this work over six weeks. Materials were purchased, the water engineer directed and supervised the work, and a water station was installed. Because funds were limited for this extension project, a tank was not installed. Rather, the community would rely on the tank at the first water station for water needs at times of water scarcity.

How did the work progress though each stage?
First Water Station
The community mobilization in this stage was impressive! At the first word that the money had been received, sector officials called for umuganda to accomplish this project to be started within a week. The community service was accomplished with the push of sector and cell leaders, and under the supervision of the water engineer. The community worked diligently to dig the pipeline, doing multiple days of community service in order to accomplish the task.

The building of the water station was quick as well. The water engineer was highly qualified and invested in the project, and frequently communicated with the Peace Corps Volunteer about the estimated time it would take to finish the project. 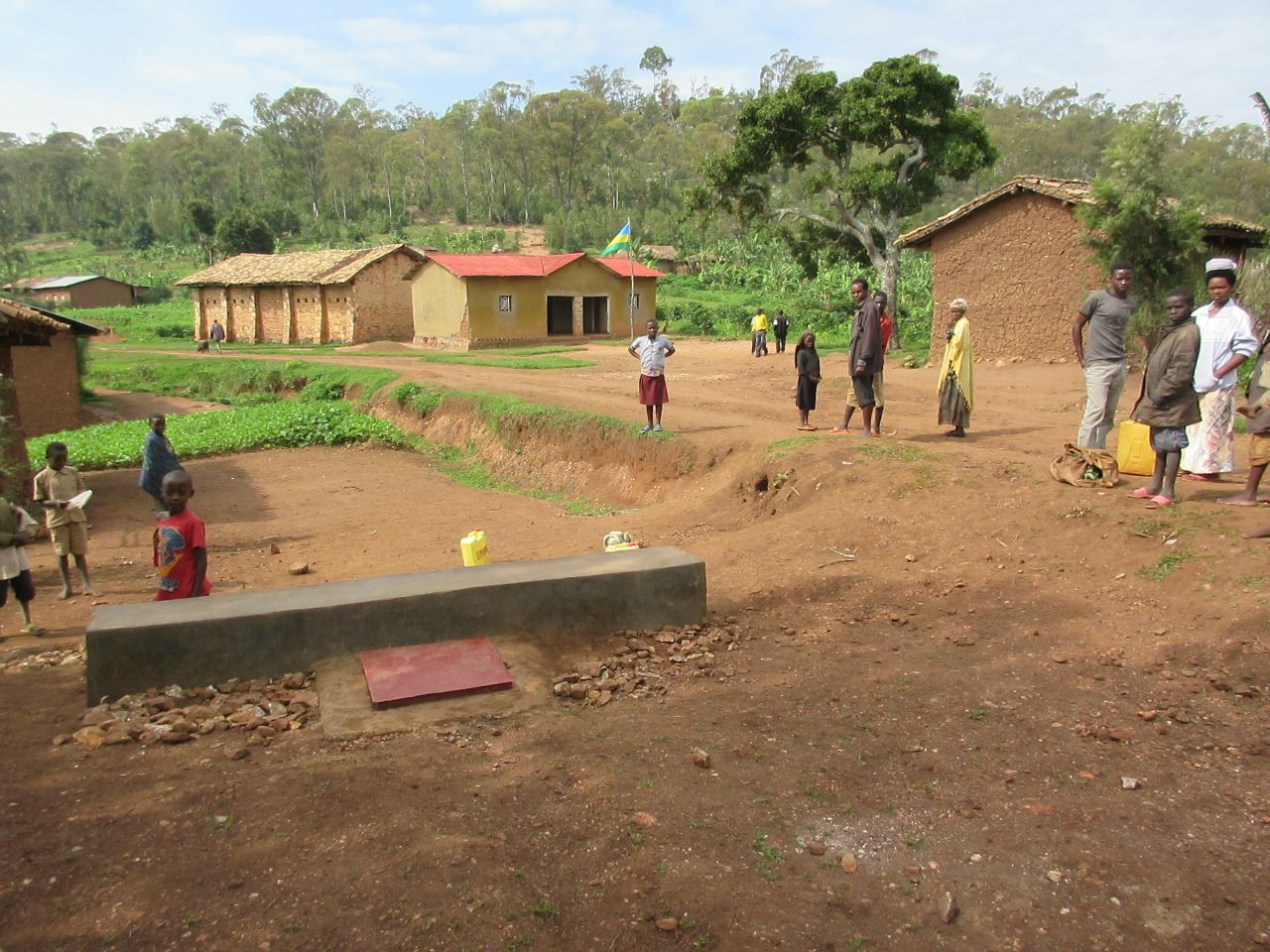 What was the end result?
In the end, two water stations were created as places for Mara citizens to fetch water. In the water station by the Cell Office building, a 5,000L tank provides a place to store water in times when the water access is temporarily shut off. In the water station by Mara Primary school, no water tank is there. Despite initial statements, the lack of a tank here means that during the dry season, the people will have to walk an extra half-kilometer to fetch water near the cell office. However, this water station functions during times of water surplus and also during the rainy season. 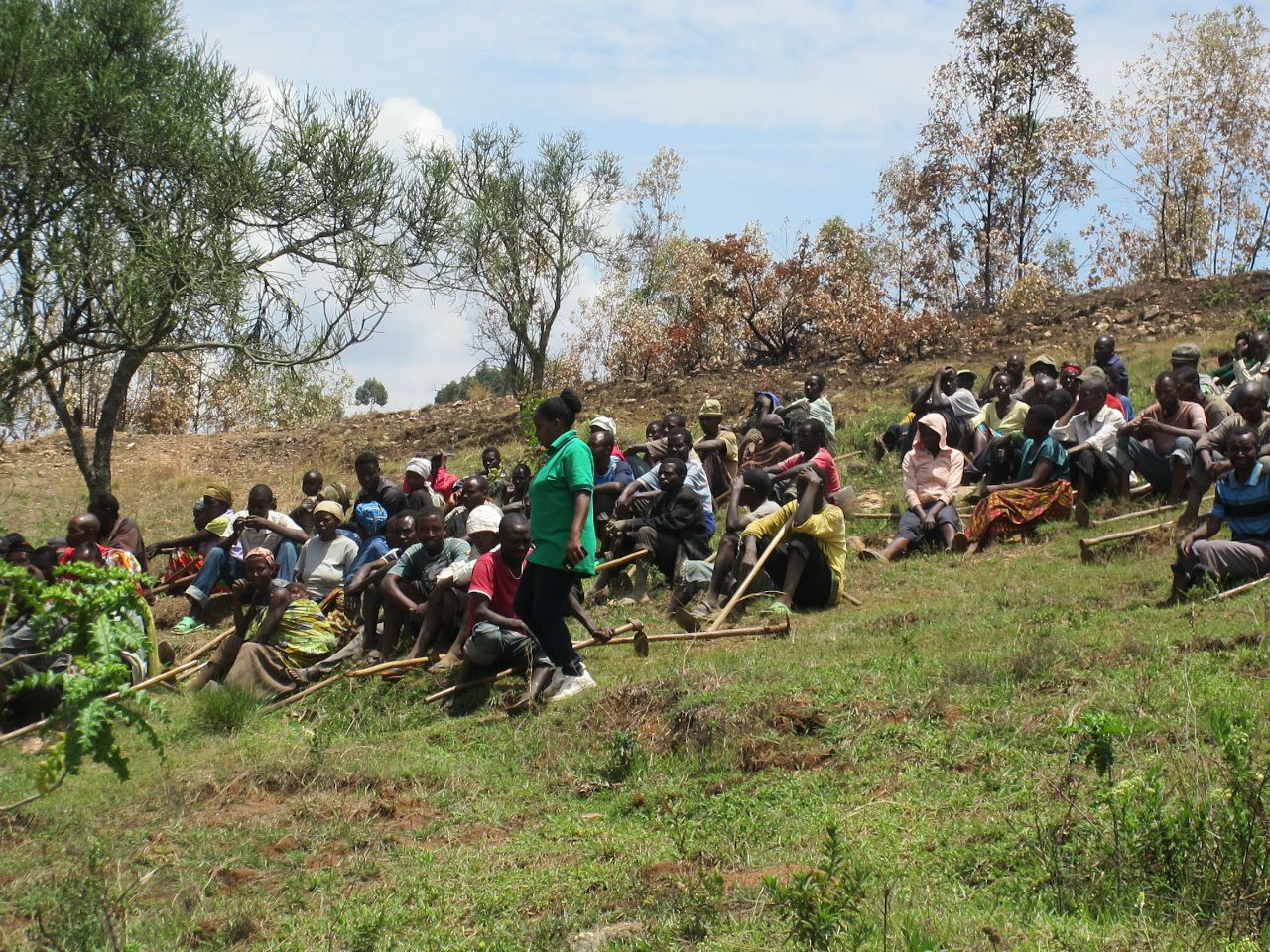 In order to provide education to the citizens, 102 community health workers were trained on the importance of sanitation and hygiene. Specifically, they were taught how to make clean drinking water, proper hand washing techniques, and essential hand washing times. These two water stations provide a source of safe water to the community members in Mara Cell.

Community comments:
The community was especially appreciative about having improved access to water. Local leaders frequently applauded the project and were excited about their ability to “kwiteza mbere” – develop themselves. The most heartfelt feeling was seeing the steady flow of people at the water stations on random visits and check-ins. The Mara people definitely got what they needed and wanted.

When asking Mara citizens their thoughts on the water and what they would like to tell the sponsors, they said –

“We are very poor. We could never have done this ourselves. We are so happy for your help.”

“Make sure that our sponsors are very happy, because they have made us very happy. We now have clean water very close to home. We now get a break in fetching water because we do not have to walk for very long.”

“We thank you so much. The water is good – there are no problems.”

Thank you again for your support in this project. It was so successful, and I personally know that it made a huge difference in the lives of the community members there.

We, in turn, extend our thanks to Susan for completing this important project, and to Judi and Jack Quinn for providing the funding. 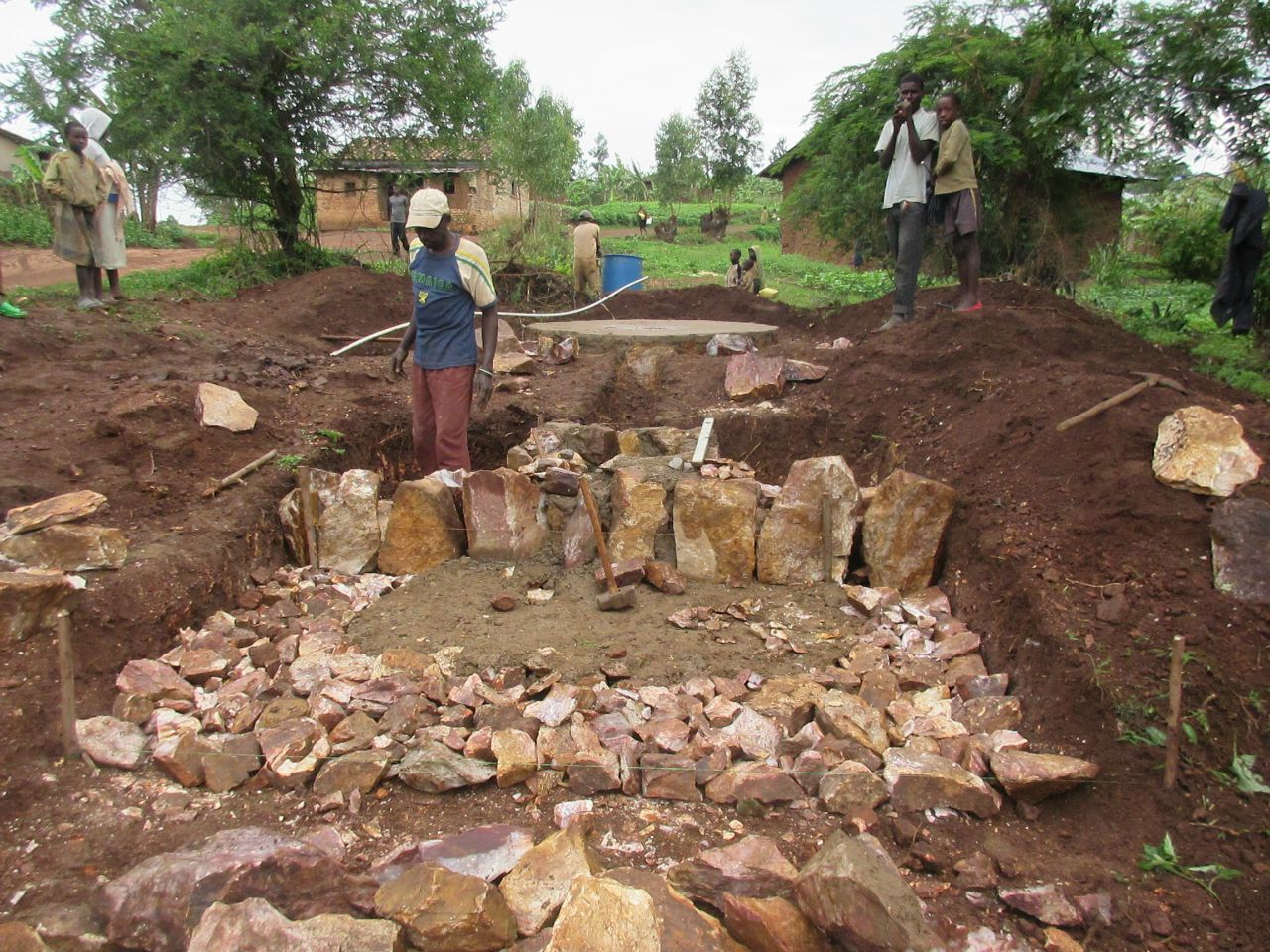 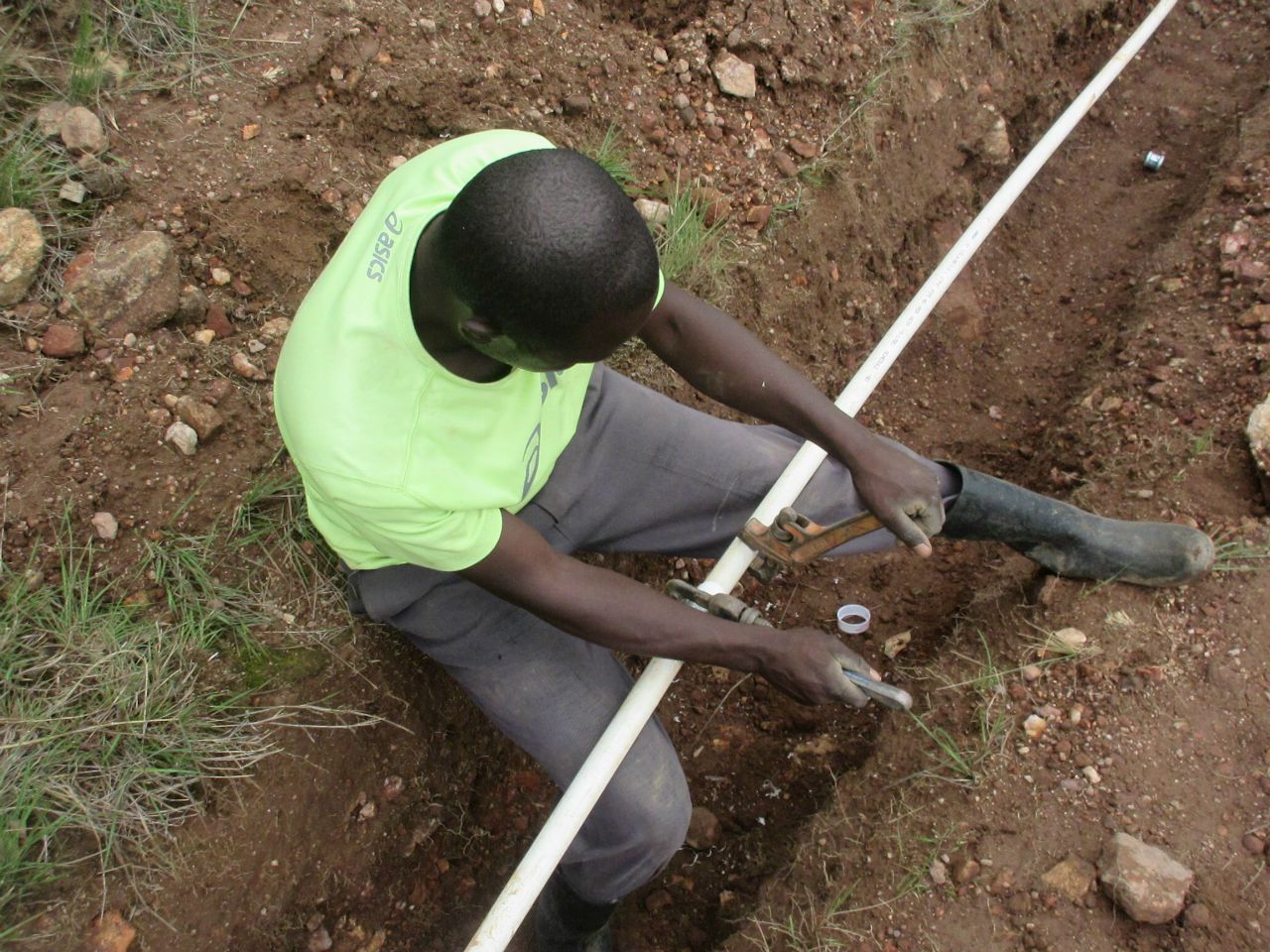 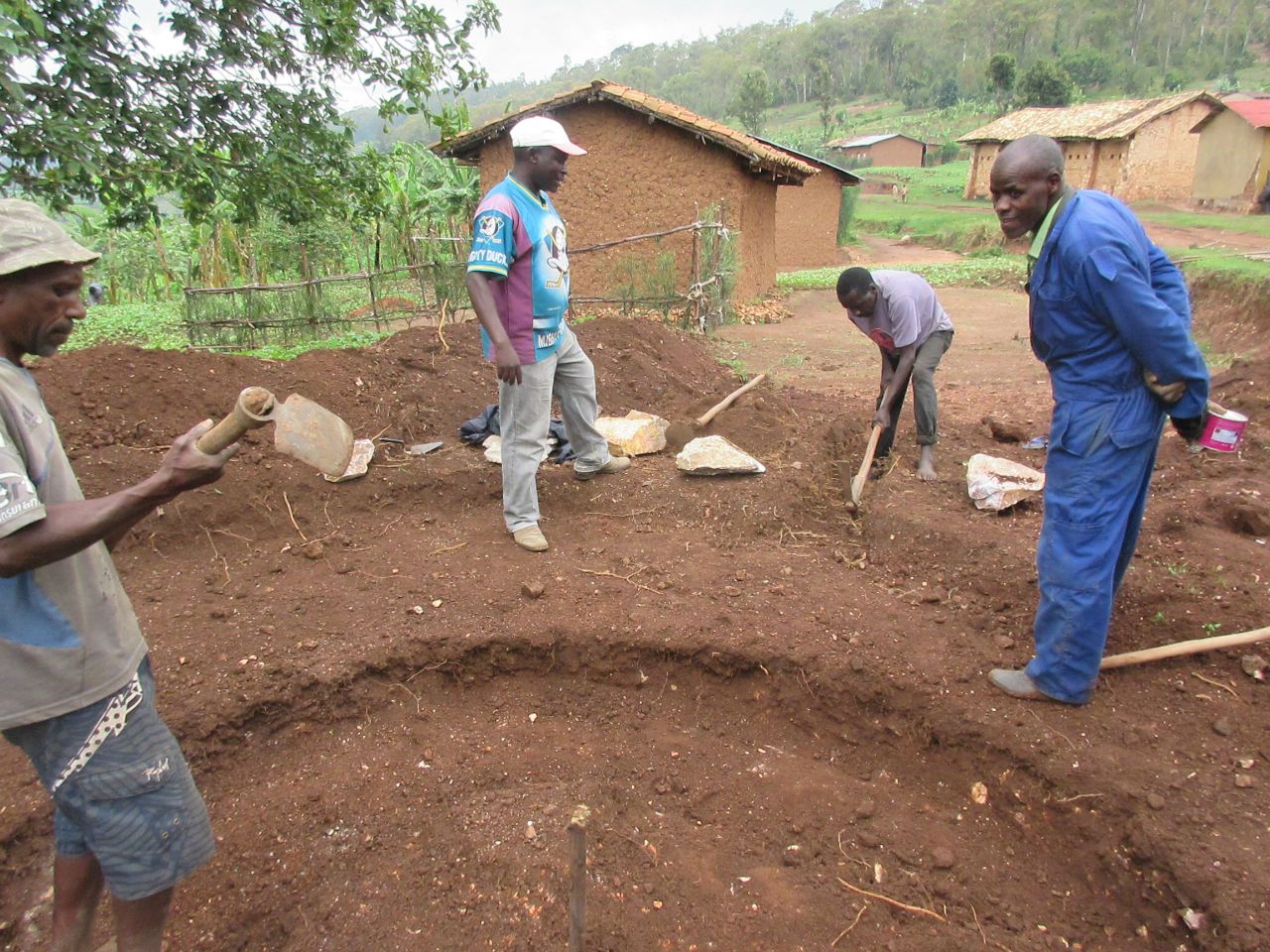 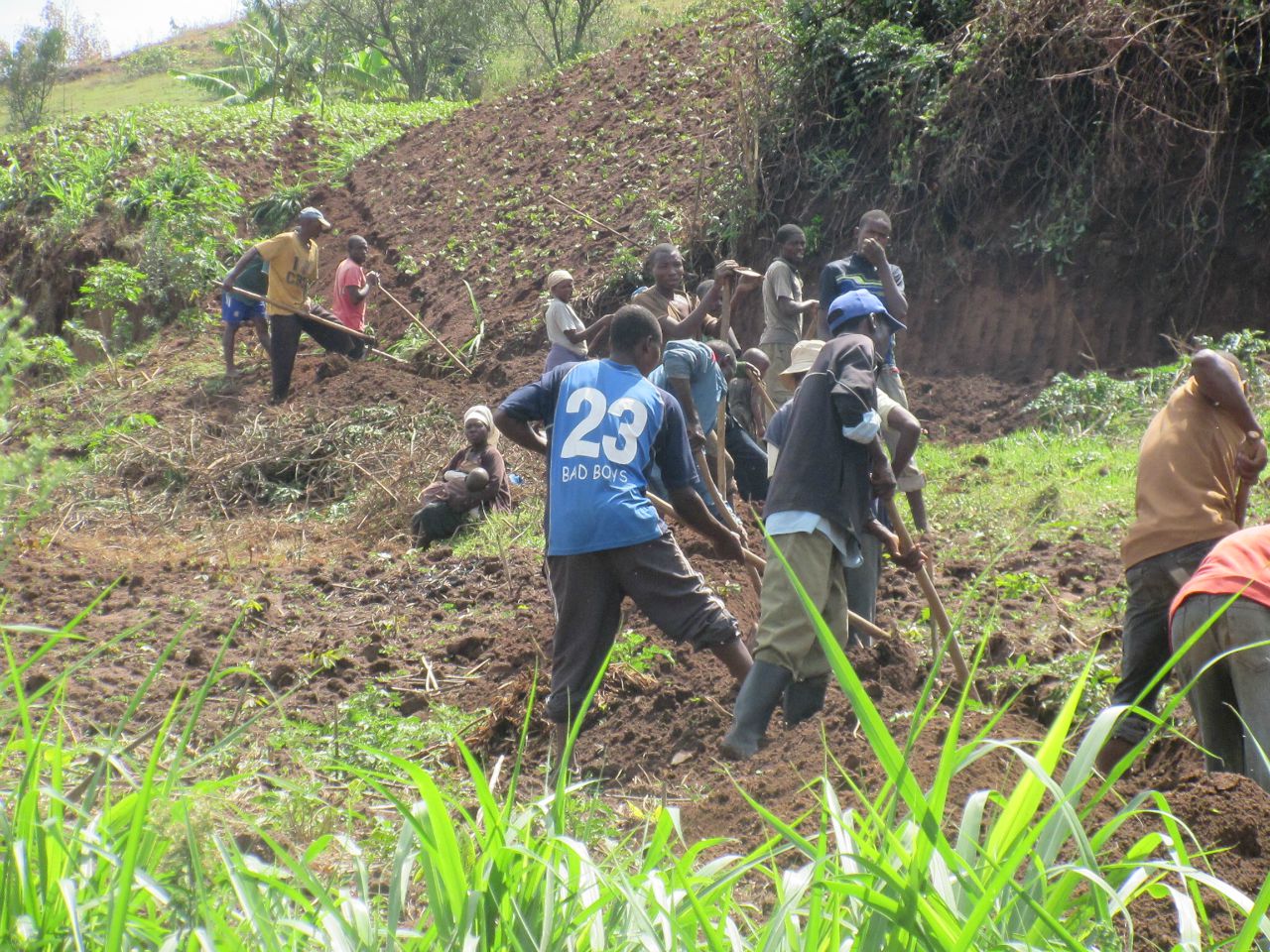 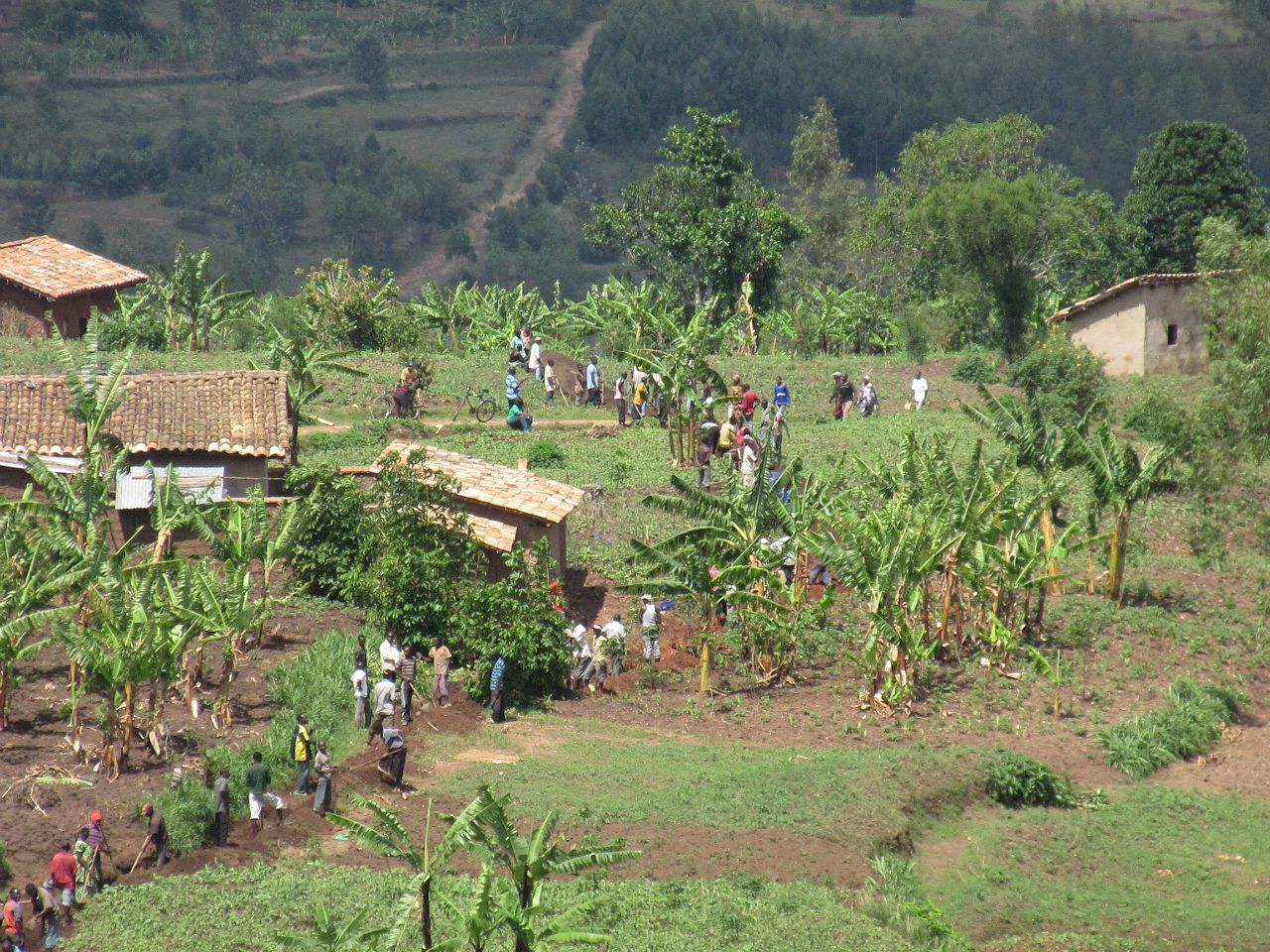 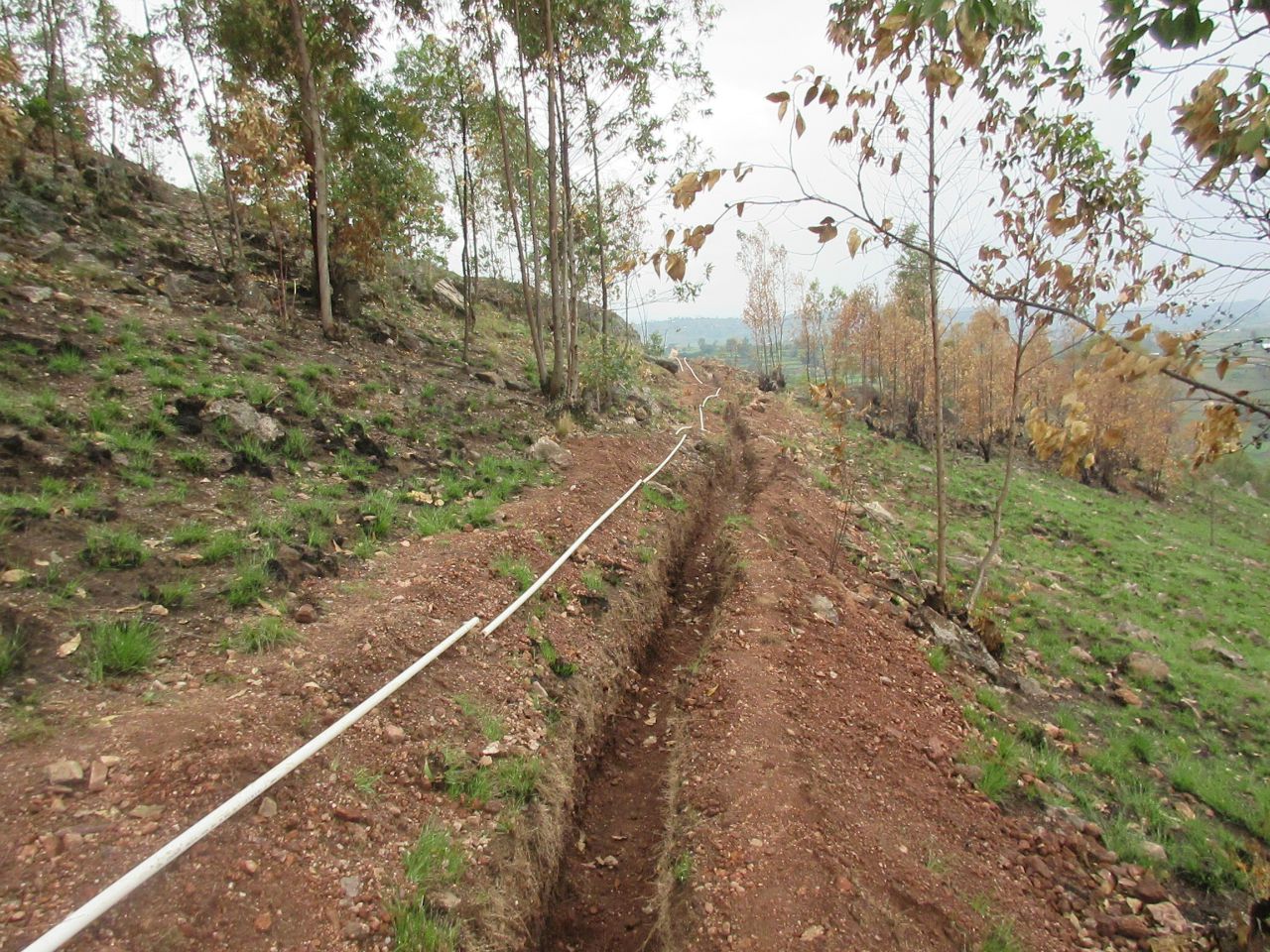 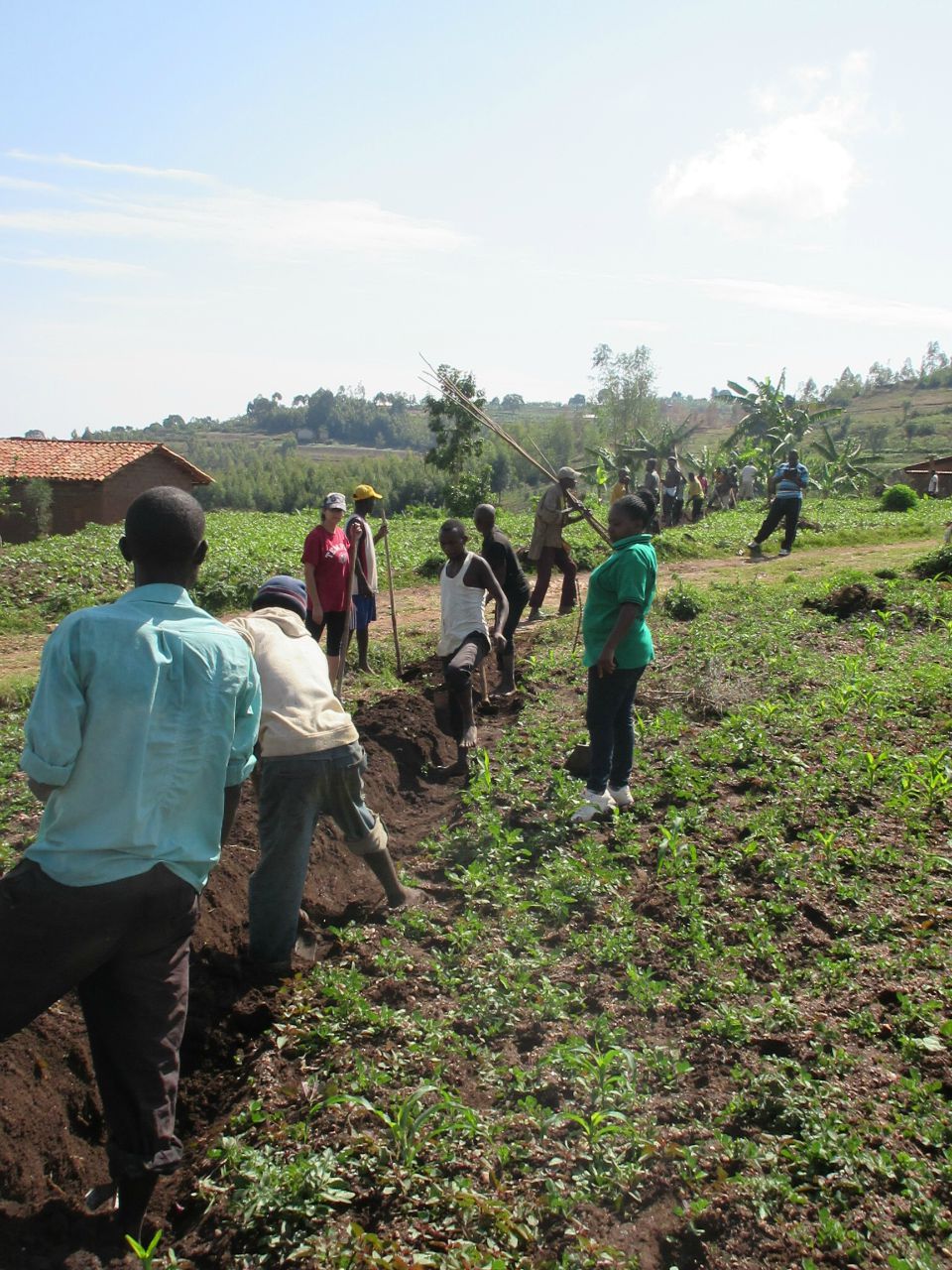 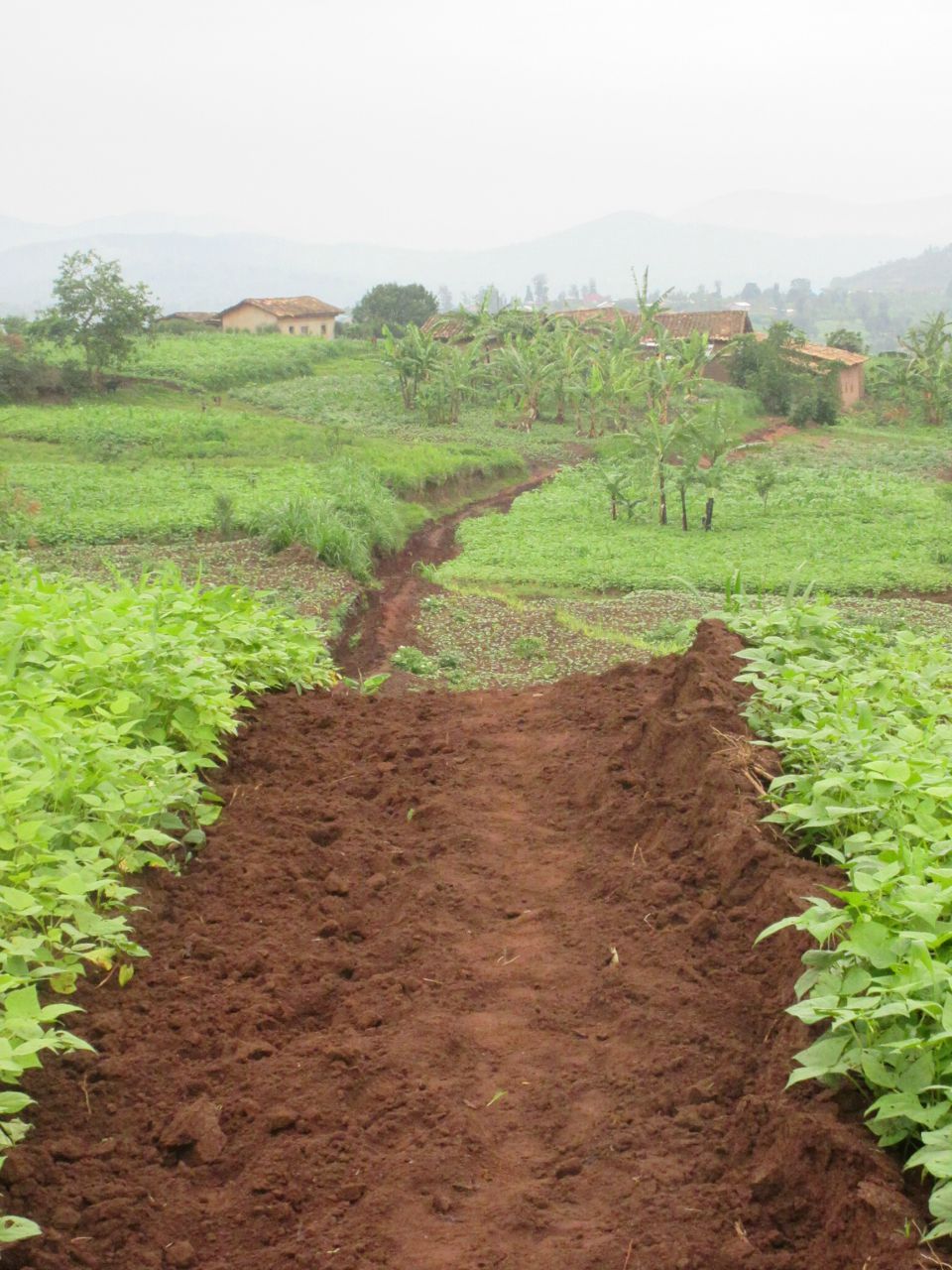