This project has been completed under the direction of Peace Corps Volunteer Carol McFarland. To read about the beginning of the project, CLICK HERE.

The project was to provide water for the needs of the compound.

The implementation of this project focused on assisting with the installation of an electric pump and building a stone and cement water tank. The most significant challenges faced by this project were how to most effectively use the financial resources and how to obtain and pay for labor, as none of the community members were able to physically contribute to the implementation of the project.

First, a new electrical pump and electrical fixtures were obtained and installed by a professional. Only a small portion of the resources were fixed for this expense and the Infirmary was required to obtain a loan for the remainder of the cost.

The water tank construction and repairs of the other tank were the focus of the project. We began by liaising with the government of Lesotho’s Ministry of Forestry, which provided the project with some technical advisement and an allocation of cement to contribute to the construction of the tank. There is an existing rainwater collection system, but the tanks have fallen into extreme disrepair and the water security of the compound, especially the agricultural projects, is compromised, especially during the dry season.

One of the old tanks was no longer holding water and was not in a state conducive to repair. It was selected to be torn down and the new, larger capacity tank erected in its place. River stones, the building block for this style of tank, were collected locally by youth volunteers, who were given a donation to their organization in recognition of their assistance.

The sand was purchased from a local contractor who collects it from a local source. Quotations were collected from laborers who were willing to assist the Sisters as members of their community. Unfortunately, the worker that was chosen was unable to prioritize this project when he had competing business interests.

Before the construction began, we also had extreme weather events as part of winter here, which included a very heavy snow that collapsed the gutter system. When the initial worker had finished constructing the new tank, it was evident that his work was not to the standard that was required. We consulted again with the Ministry of Forestry, who agreed.

Another laborer was then hired, who finished the newly constructed tanks to the required specifications and also has repaired another of the tanks that were previously in place. The gutters have also been repaired to collect the rainwater from the roof and channel it into the tank. The water will primarily be used to support the subsistence agriculture projects that the Infirmary undertakes. This includes demonstrating the use of the greenhouse, as well as the low-input 4-season vegetable production. The water will also be used to support the small animal production, including the laying hens which are used for income generation to help support the convent.

Additionally, as the dry season continues, the nearby primary school is often unable to get water, even for cooking the daily meals. During those times, they will be able find assistance at the convent.

All of the ill and disabled Sisters have been extremely grateful for this project.

We extend our thanks to Carol for completing this project, despite the adversity. 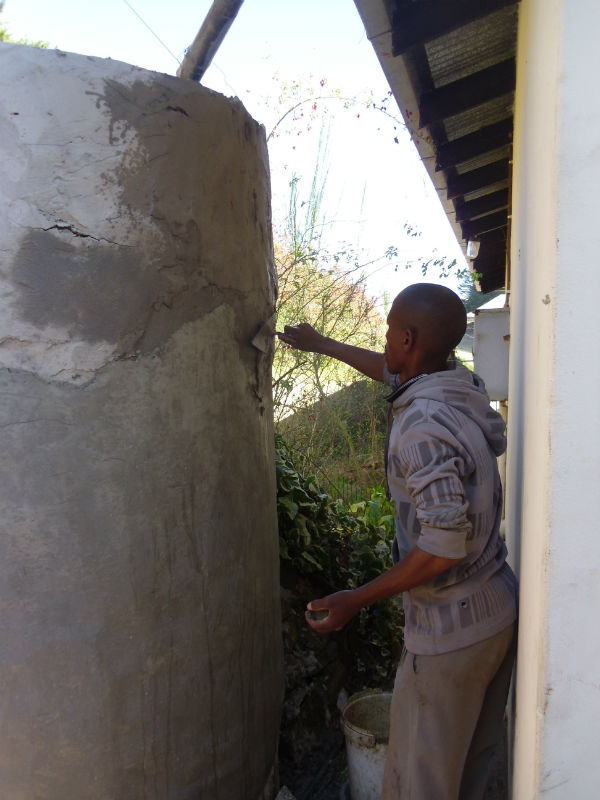 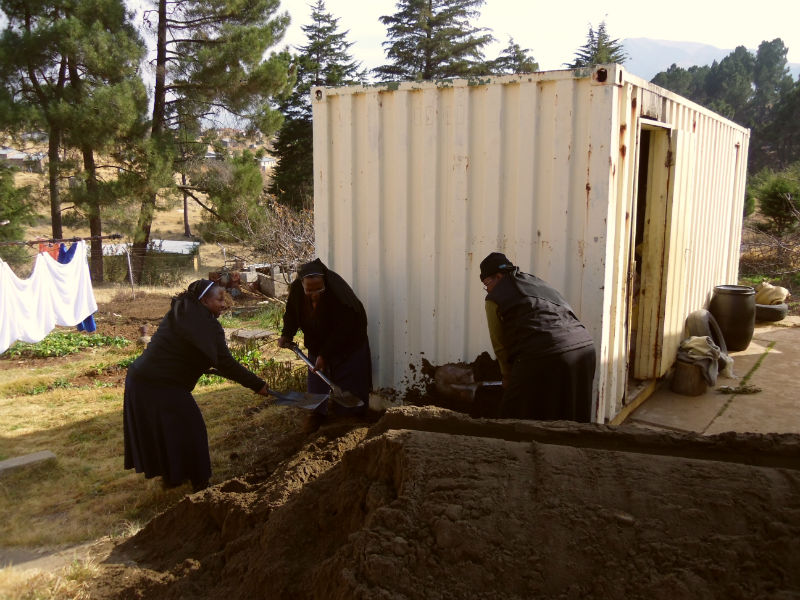 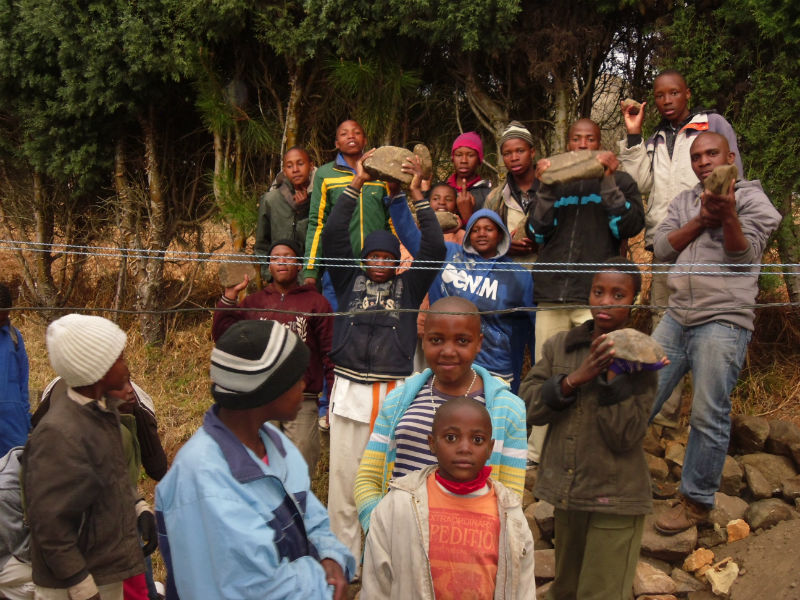 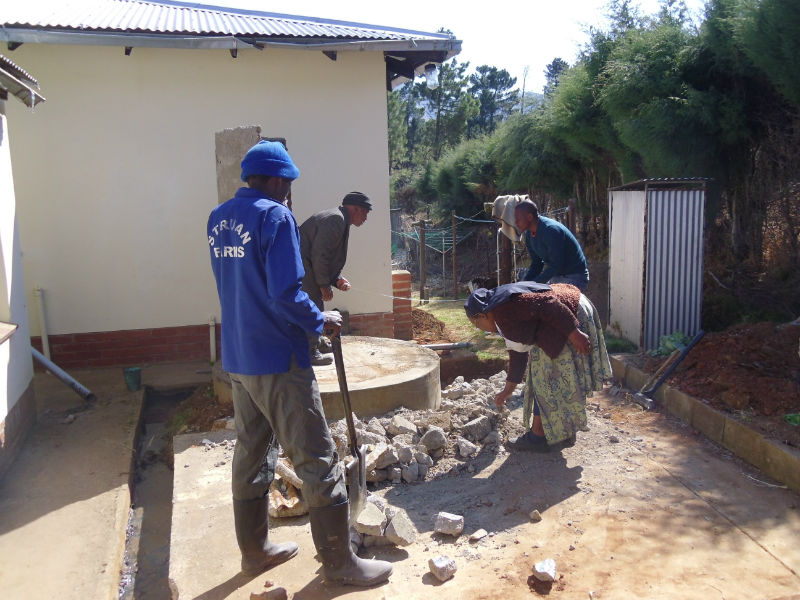 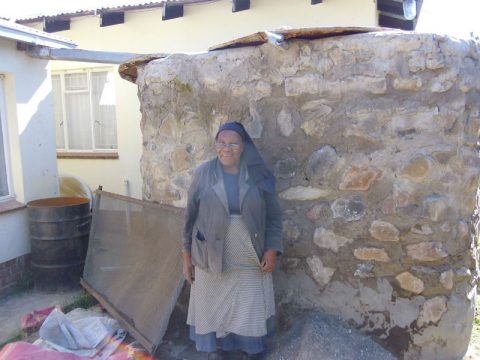 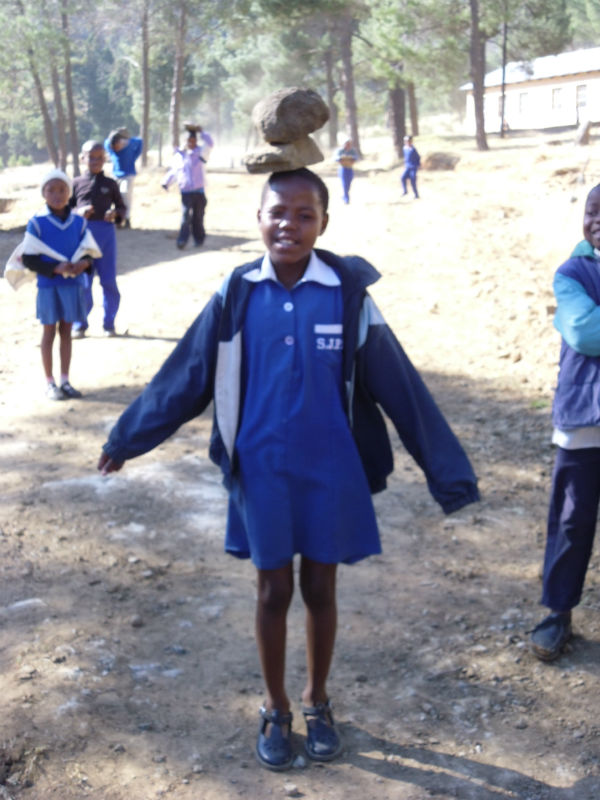